Home > Cocaine Addiction in the Workplace

Cocaine Addiction in the Workplace 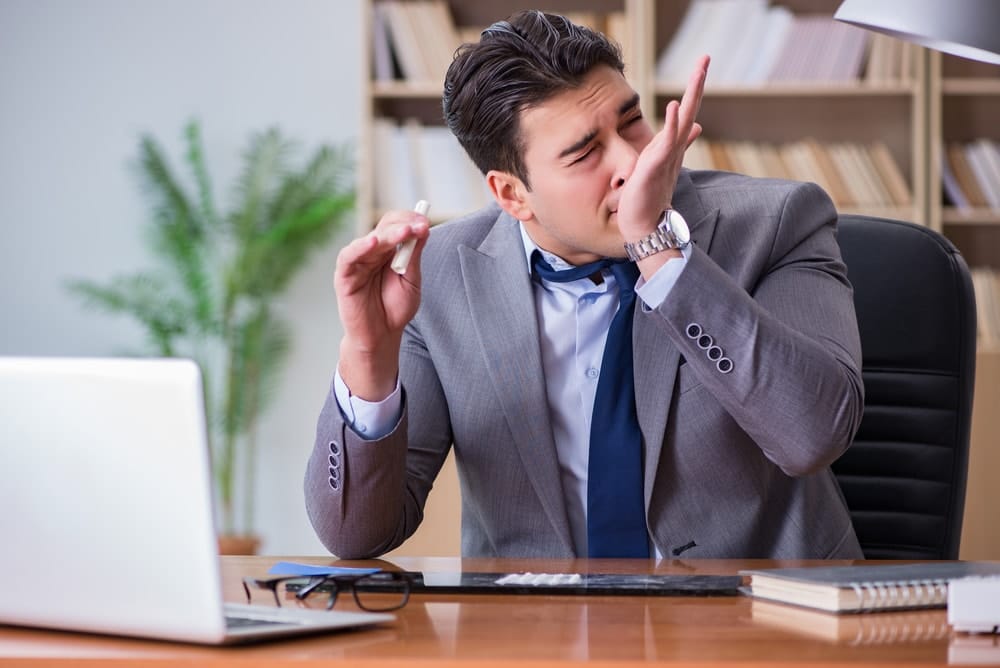 Many workers use cocaine while on the job. Others use cocaine during their off-hours, but their addiction affects their performance at work. Cocaine use in the workplace reduces productivity, increases accidents, and costs businesses money. Keep reading to learn how this drug affects workers and their employers.

Rates of Cocaine Use Among Workers

Approximately 1 to 2% of Americans over the age of 12 report using cocaine or other illicit drugs in the last month. This stat also includes hallucinogens, tranquilizers, and other stimulants like meth. However, these numbers reflect a random sampling of the country, and they don’t just relate to workers.

An analysis of 10 million urine tests showed positive results for cocaine in 0.28% of workers. This is the highest number in 7 years, and it’s a 12% increase from 2015.

These numbers come from businesses that routinely drug test their employees. This group includes federal workers, people in safety-sensitive industries, and some of the general workforce. In most cases, businesses that don’t drug test have higher rates of abuse. As a result, the actual rate of cocaine use in the workplace may be higher.

Risks of Cocaine Use at Work

When people use cocaine at work, they may feel euphoric and energetic, and their need for food or sleep tends to drop. Some workers may feel like the drug improves their performance at work, but ultimately, cocaine reduces their ability to function. They may lose focus, feel anxious, and start to panic.

Those side effects reduce their ability to do their jobs. For example, a restaurant server may be tempted to take cocaine so they can stay awake during a long shift. The drug is a stimulant so it helps momentarily, but ultimately, they may end up not being able to remember orders, feeling paranoid about their customers, or experiencing other issues.

Doing cocaine at work also creates physical effects. Using this drug may lead to muscle twitches, tremors, and vertigo. Again, that compromises the worker’s ability to do their job properly. In particular, these side effects can increase the risk of accidents.

In fact, workers are more than twice as likely to test positive for cocaine in post-accident tests than in pre-employment tests. The post-accident rate is also a lot higher than the rate from random drug tests.

Even if a worker just takes cocaine once, they can have cardiovascular effects ranging from changes in heart rhythm to heart attacks. They may also experience headaches, seizures, or strokes. In a worst-case scenario, they may overdose.

With long-term abuse, the effects are even more severe. When people suffer from cocaine addiction, their brains become less sensitive to the positive feelings of the drug. At the same time, they start to feel more stress when they are not using the drug.

This effect makes workers crabbier and more negative. Often, they may start to hyper-focus on obtaining cocaine, while losing interest in their job or other tasks.

Physically, snorting cocaine can damage the nose. Smoking the drug can hurt your lungs. And injecting cocaine increases the risk of contracting infectious diseases. Additionally, long-term cocaine abuse can cause organ damage and cognitive impairment. Workers may struggle with focus, impulsivity, reduced memory, and trouble with motor skills.

Industries With Highest Rates of Cocaine Use

Certain industries have higher rates of drug use. Illicit drug use among full-time workers ages 18 to 64 is highest in the following industries:

These numbers include all illicit drugs and not just cocaine. One study indicates that the construction industry has the highest rates of cocaine abuse. About 1.8% of these workers use cocaine. Throughout other industries, the rate is only 0.8%.

The trucking industry also has a lot of cocaine abuse. When researchers looked at studies from around the world, they found that 3% of truckers reported using cocaine.

Areas With Increased Cocaine Use in the Workplace

Based on urine tests, some areas showed more increases in cocaine use in the workplace. Nebraska had a 91% increase between 2016 and 2017. There was an 88% increase in Idaho. Other states with increases include Washington (31%), Nevada (25%), and Maryland (22%).

If you are struggling with cocaine addiction, get help before it affects your job. Worried about an employee? Consider reaching out and finding treatment resources for them. To learn more, contact a treatment center in your local area.