How Long Can Drugs Be Detected In Saliva?

Mouth swab drug testing is one of the more common methods of testing for substance use. It can test for a wide range of substances and is usually completed on-site without the need for a lab. 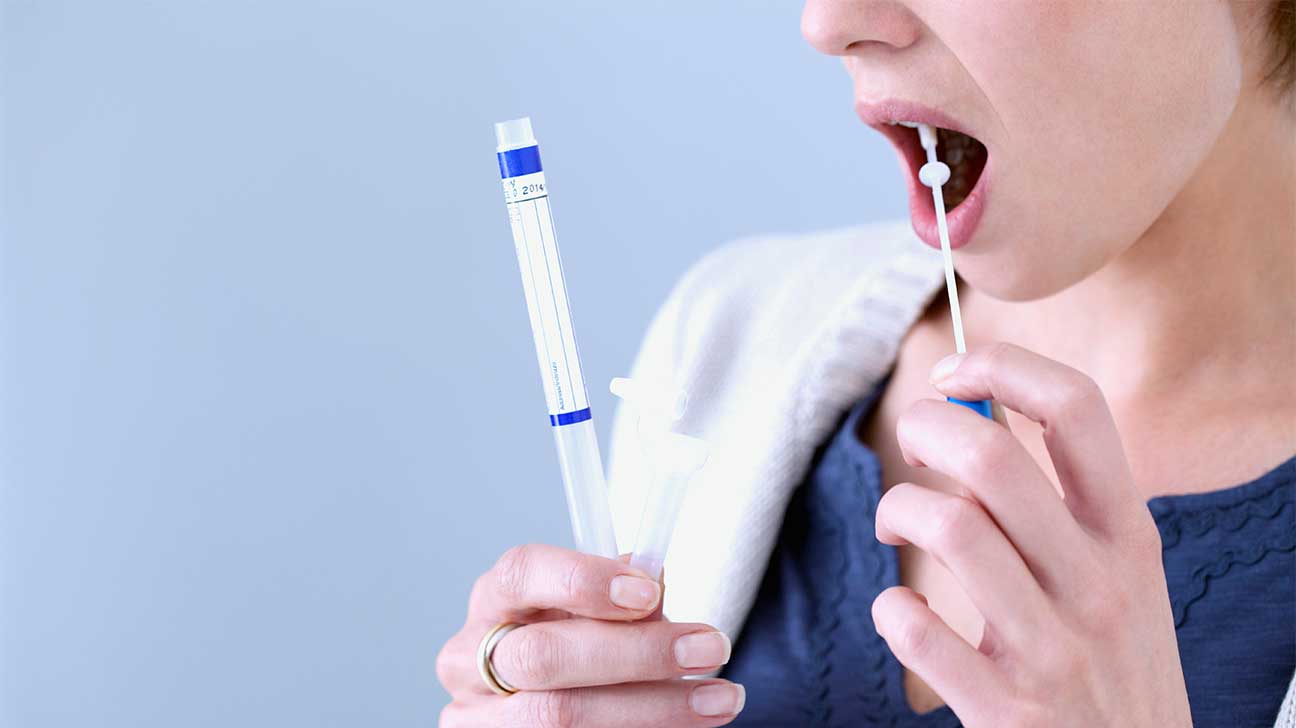 The detection window for oral fluid drug testing, also known as a mouth swab drug test, can vary according to what type of drug is used.

Saliva drug tests can typically detect substance use between 5 and 48 hours, which is a smaller window than the average drug test detection times for urine drug testing or hair drug testing.

The detection time can be as short as 26 hours for drugs such as Xanax, and up to 10 days for Librium, Methadone, or Valium.

Factors that can change the detection window include physical health, age, weight, gender, the concentration of the substance used, personal rate of metabolism, fluid intake, and more.

How Long Do Drugs Stay In Your Saliva?

The amount of time a substance is detectable in your saliva can be vary depending on the drug’s half-life, the frequency of use, and the drug concentration.

Here are the detection times for some of the drugs screened for with a saliva drug test:

Alcohol can also be detected in saliva for up to 6 hours after your last drink. However, you will usually be given a breath test called a breathalyzer to test specifically for alcohol.

Antidepressant drugs can typically be detected in saliva for 4 to 7 days. However, these drugs are not usually tested for, as most are not considered a common drug of abuse.

How A Saliva Drug Test Works

This procedure is relatively inexpensive and easy to administer, usually coming in a test kit that can yield accurate drug test results onsite within minutes. Lab tests are also done for this process.

The tester may use an absorbent pad or swab (similar to a Q-tip) to swab the inside of your cheek.

The test then uses liquid chromatography and mass spectrometry to determine if the saliva sample has drug concentrates, also called drug metabolites.

If the amount of these metabolites is above a certain cutoff point, the test has yielded a positive result. This cutoff is different for every type of drug.

Saliva tests are minimally invasive and use less bodily fluid than urine testing.

Both types of testing detect for these common drugs of abuse:

Methadone and other prescribed medications can also be found via these oral screening test methods. Be sure to provide documentation of all prescription medications to the testing facility.

Oral fluid drug screening is very accurate. The Substance Abuse and Mental Health Services Administration (SAMHSA) considers it to be just as trusted as urine testing.

Saliva tests are near perfect and rarely result in a false positive.

Additionally, potential adulteration of the test is difficult, as it is directly observed by the person administering it.

Mouthwash and chewing gum have no effect on the test.

When Saliva Drug Tests Are Used

Saliva tests are often used in post-accident citations and roadside drug screening, as they can quickly determine if drug use was part of an accident.

Other uses for this type of testing include pre-employment testing and workplace drug testing.

Get Treatment For An Addiction Today

If you or a loved one are looking for a way into sobriety, Spring Hill Recovery Center is here to help.

Call our helpline today to speak with one of our trained experts and learn about your treatment options for drug or alcohol addiction.