How Long Can Ecstasy (Molly/MDMA) Be Detected In Your System?

Ecstasy, also known as MDMA or Molly, is an illicit drug that can be detected in the urine, blood, saliva, and hair. Factors such as your body mass or the method of ingestion may affect drug test results for ecstasy. 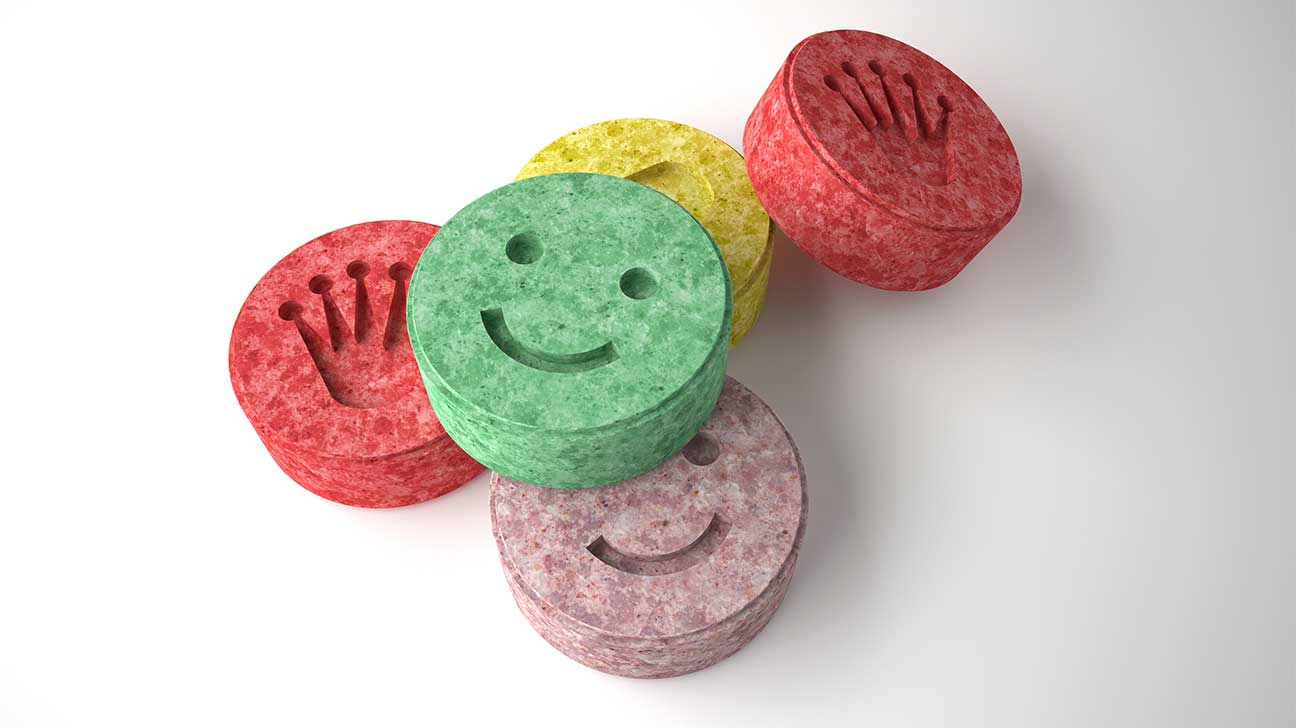 Methylenedioxymethamphetamine (MDMA), also referred to as street names such as molly or ecstasy, is an illicit drug that is used recreationally for its hallucinogenic effects.

Because of its use as a party drug, ecstasy can be detected in some drug tests. The drug detection time of ecstasy will depend on how much and how frequently the drug was consumed.

Ecstasy can remain in the urine, blood, and oral fluids for up to a few days on average, with traces detectable in samples of hair for up to 90 days.

How Long Does Ecstasy Stay In Your Blood?

Blood testing is a method commonly used in a healthcare setting. Most hallucinogens can remain detectable in blood for up to 48 hours.

How Long Does Ecstasy Stay In Your Saliva?

Oral fluid is not a common method used to test for ecstasy because this method is not as reliable. However, the detection window for a saliva test is 24 to 48 hours.

How Long Does Ecstasy Stay In Your Urine?

Ecstasy can be detected in a urine sample for up to 4 days. Urine tests are commonly used to test for substance abuse in the workplace.

How Long Does Ecstasy Stay In Your Hair?

A hair follicle can retain traces of ecstasy for 90 days or more. Because of this, hair testing is often considered the gold standard for testing that has a very small margin of error.

Who Would Request A Test For Ecstasy?

Ecstasy is not a legal drug in the United States. Any consumption of the drug is considered illicit and is not currently approved for any medical use.

Because ecstasy is an illegal drug, is it common for employers to screen for it just as they would for opiates, cannabis, or other drugs of abuse.

If a healthcare provider suspects ecstasy may be present in a person’s system, they may request a blood test to confirm this.

Law enforcement may request a drug test that includes testing for ecstasy if they suspect substance abuse may have been involved in a traffic accident or led to a crime.

Can You Detox From Ecstasy Faster?

There are many publications out there that might suggest a detox drink or workout routine that will enable your body to rid itself of ecstasy faster.

However, the truth is the only way to detox from ecstasy is to stop using the drug altogether. The body’s ability to completely clear a drug from its system relies on sobriety.

The amount of a drug that is consumed, and the frequency at which it is consumed, will ultimately determine how long it will remain in your system.

There are some factors that may cause your body to detox from ecstasy slightly faster than another person.

These factors can include:

However, there is no safe way to speed up the detoxification process in an attempt to clear a drug test.

The most effective and safe way to detox from ecstasy is a medical drug detox.

At-home attempts at detoxing rapidly may cause a number of uncomfortable side effects, including sweating, agitation, anxiety, nausea, and muscle pain.

If you or a loved one are working toward overcoming ecstasy dependency or other drug abuse, you don’t have to do it alone.

Give us a call today for a free and confidential consultation.