Substance abuse and mood disorders, such as depression and bipolar disorder, often occur together. Although co-occurring disorders make recovery more challenging, treatment options continue to advance in the areas of both therapy and medicine. 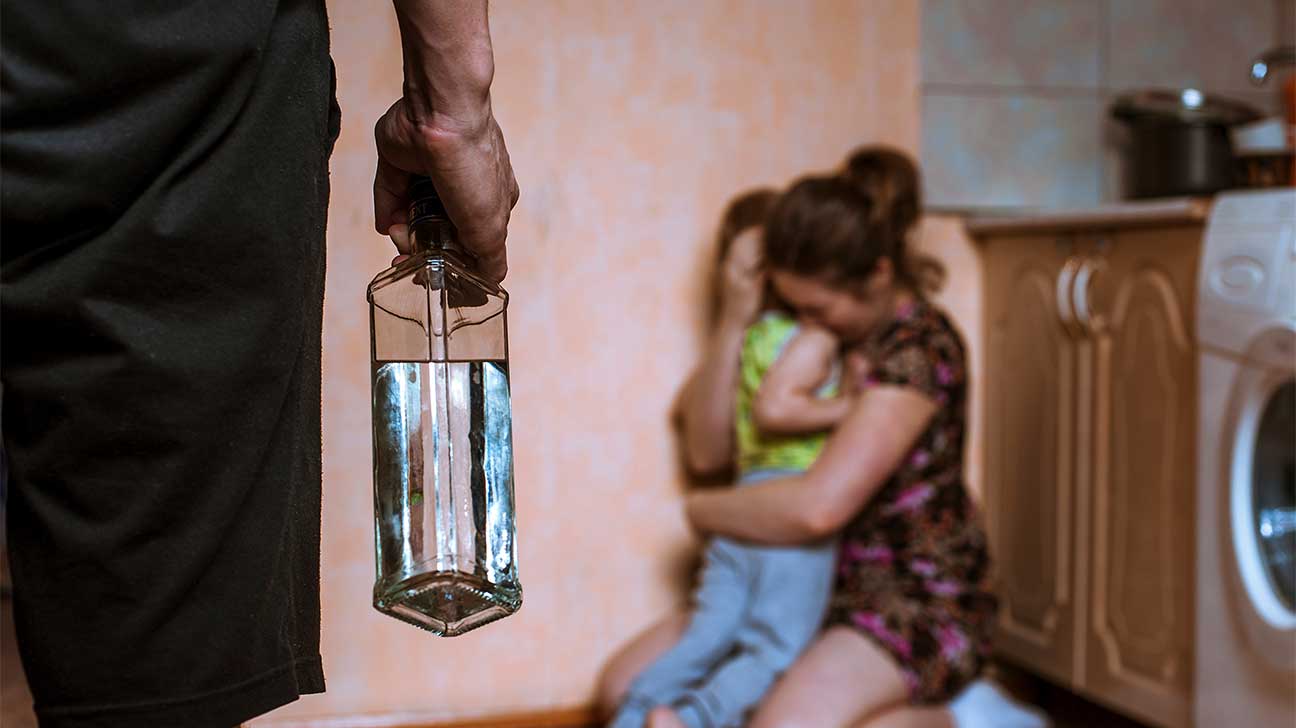 People with a mood disorder, such as major depression or bipolar disorder, are more likely to also have a substance use disorder. This is called co-occurring disorders or dual diagnosis.

In fact, depression and bipolar disorder are the most common psychiatric conditions that co-occur with substance abuse.

Knowledge of the link between the two is helping to advance methods for diagnosing mood disorders and substance abuse when they co-occur.

This helps care providers offer the best treatment options and gives patients not only better chances for a full recovery from both but also an easier path to getting there.

Research On The Connection Between Addiction And Mood Disorders

Research has revealed a clear connection between substance abuse and mood disorders; however, exactly why and how they’re linked isn’t definitively known.

Studies have shown that treating even just one of the disorders tends to reduce the symptoms of the other disorder, further signifying a link between them.

However, someone with both conditions has a better chance of full recovery when both disorders are diagnosed and treated.

Prevalence Of Mood Disorders And Substance Use Disorders

The link between mood disorders and substance use disorders (SUDs) shows that co-occurring disorders are fairly common.

One major study found that almost one-third of people with a mood disorder had a co-occurring substance use disorder.

Another found that those with depression were about twice as likely as those without to have an SUD. Those with bipolar disorder were seven times more likely.

Several studies show the link between depression and addiction, with drug abuse slightly more common than alcohol abuse. However, the difference might be negligible.

People with depression tend to use drugs that produce elevated energy or moods, like cocaine and other stimulants, rather than alcohol, which is a depressant.

One study showed that of those with major depression, 18% had a drug use disorder and 16.5% had an alcohol use disorder.

Another study shows that major depression and alcohol abuse are linked, but that the depression usually cleared after the addiction was treated.

This could be an example of substance-induced mood disorder, which we’ll discuss below.

Mood disorders are the most common co-occurring psychiatric conditions with addiction, and bipolar disorder and addiction is the most frequent dual diagnosis.

In fact, one study showed that more than half (56%) of people with bipolar disorder also have a substance use disorder.

Another study of people with bipolar revealed that those with an earlier onset of symptoms and more frequent hospitalizations tended to also go on to have an SUD.

The severe mood swings and other symptoms associated with bipolar disorder can be very disruptive to a person’s life. Addiction can exacerbate these symptoms.

Using drugs can cause a significant change in the way you think, act, and feel, which can last for days or weeks. This is called a substance-induced mood disorder.

Although no longer a mental illness in the current Diagnostic and Statistical Manual of Mental Disorders V (DSM-5), substance-induced mood disorders can cause disturbing symptoms.

Symptoms typically resolve themselves up to a month after the use of the substance has stopped.

Why Do Substance Use And Mood Disorders Co-Occur?

The relationship between addiction and mood disorders is complex. However, science does provide some simple explanations that help us understand the link.

Understanding the link is important to help treat people with co-occurring disorders as well as to help prevent people with mood disorders from developing an addiction.

The difficult mental and emotional experiences that come with mood disorders can lead some people to self-medicate with drugs or alcohol.

Studies show that people with depression tend to use drugs that increase their energy or improve their mood, like cocaine.

During a manic phase, people with bipolar disorder might turn to alcohol, opioids, or sedatives like benzodiazepines to help them relax.

However, more research is needed in this area to further understand the link between mental and emotional experiences and the urge to self-medicate.

The theory that people experiencing difficult moods or emotions might turn to drugs or alcohol to alleviate their symptoms is supported by clinicians’ reports.

At first, the use of the drug seems to work. If someone is feeling depressed, the euphoric high they get from a drug might seem to help, for example.

However, chronic use and withdrawal further degrade emotional balance leading to continued use and addiction.

Mood Disorders, Addiction, And The Brain

Understanding the relationship between mood disorders, addiction, and the brain is critical to treating and preventing addiction.

Someone with untreated depression or bipolar disorder might use drugs or alcohol to help manage their emotions and moods.

However, this can lead to a craving for the substance, which is one telltale sign of addiction.

The brain is beginning to become dependent upon the substance. Withdrawal leads to further negative emotions, which prompts further use of the substance.

There is a hereditary predisposition for mood disorders and substance abuse, research shows. There is also a genetic link between the comorbidity of the two.

Another role genes might play is in the very makeup of the brain, which might cause it to respond to the initial use of a substance in a way that leads to chronic substance use.

Chronic use can lead to addiction, which can destabilize emotions and potentially lead to a mood disorder.

Mood or affective disorders are mental health disorders distinguished by a longer-term disruption of mood, which is usually accompanied by other symptoms.

The two major mood disorders are depression and bipolar disorder, which also include major depressive disorder and bipolar I and bipolar II. They are similar to but separate from anxiety disorders.

The adolescent and young adult years are typically when symptoms of mood disorders first appear.

Mood disorders and substance abuse disorders can have similar symptoms. It’s important that they are diagnosed separately for the most effective treatment options.

Signs of depression include the following:

Signs of a bipolar disorder manic episode include the following:

Signs of co-occurring mood disorder and substance abuse include the following:

Suicide Risks With Co-Occurring Substance Use And Mood Disorders

In order to receive an accurate diagnosis, people with possible co-occurring addiction and mood disorders require support and supervision from their care providers.

This is in part because withdrawal symptoms during substance abuse treatment can be severe and include psychiatric symptoms such as suicidality.

A clear link has been established between substance abuse and suicide. In one study, two-thirds of people who had committed suicide were shown to have an SUD.

Major depressive disorder co-occurring with alcohol or drug abuse has been shown to have the strongest link among all psychiatric conditions and suicide risk.

Many people with co-occurring disorders don’t know they have them. If undiagnosed, a mood disorder can make it more difficult to recover from addiction, and vice versa.

There are several options for screening people who arrive at addiction treatment centers to see if they qualify for a dual diagnosis of a mood disorder.

These tend to identify those who do qualify, while any “false positives” can be ruled out during further observation and assessment.

For best diagnostic results, people with an SUD should be allowed a period of withdrawal before receiving an official diagnosis of a co-occurring disorder.

As mentioned earlier, symptoms like those of bipolar’s mania phase tend to happen with severe intoxication, while symptoms of depression happen during withdrawal.

Studies have found that depression rating scores decrease by up to half (between 30% and 50%) from day one of abstinence to day 14.

Although recovery tends to be more difficult for people with co-occurring disorders, as opposed to people with just one disorder, effective treatment options are available.

Medications that aid in the treatment of co-occurring disorders are advancing and show promising results, but behavioral modification should be the focus of treatment.

Some communities have seen groups like “Double Trouble” and Dual Recovery Anonymous pop up, which are modeled after 12-step programs.

Inpatient programs can be particularly helpful for some, as they typically provide services such as medication-assisted detox and 24/7 care and support.

As our understanding of dual diagnosis grows, so too should the success rates of people seeking addiction and mood disorder treatment.

Psychotherapeutic medications have vastly improved over the years for the treatment of alcohol and drug addiction as well as for mood disorders.

Tricyclic antidepressants and selective serotonin reuptake inhibitors (SSRIs) have proved to be helpful in treating co-occurring depression and addiction.

People receiving both sertraline and naltrexone were twice as likely to remain abstinent than those receiving one or the other or a double placebo.

For co-occurring bipolar disorder, mood stabilizers and antipsychotics work well. Stimulants should be avoided, along with benzodiazepines, except for Klonopin.

Are Medications Safe To Use When Treating Mood Disorder And Addiction?

Yes, medications to treat an addiction and mood disorder dual diagnosis are available that are both safe and helpful.

However, medications that come with particular risk factors for abuse, such as Ritalin, Valium, Xanax, and Nardil, should be avoided.

Newer medications come with less risk for abuse as well as lower toxicity, reduced risk for interactions with substances of abuse, and fewer side effects overall.

There are many therapy options available for treating substance dependence and mood disorders.

Group therapy options include those led by a group facilitator and those led by the attendees. They might include cognitive behavioral therapy (CBT) techniques.

If you or a loved one is living with co-occurring mood disorder and addiction, know that recovery from both is possible.

At Spring Hill Recovery Center, the focus of our addiction treatment programs is on each individual’s unique needs.

Call today to speak with one of our care providers and learn more.