Co-occurring bipolar disorder and addiction can be challenging to recognize due to overlapping symptoms. It is important to understand the warning signs and treatments available to overcome bipolar and substance use disorder. 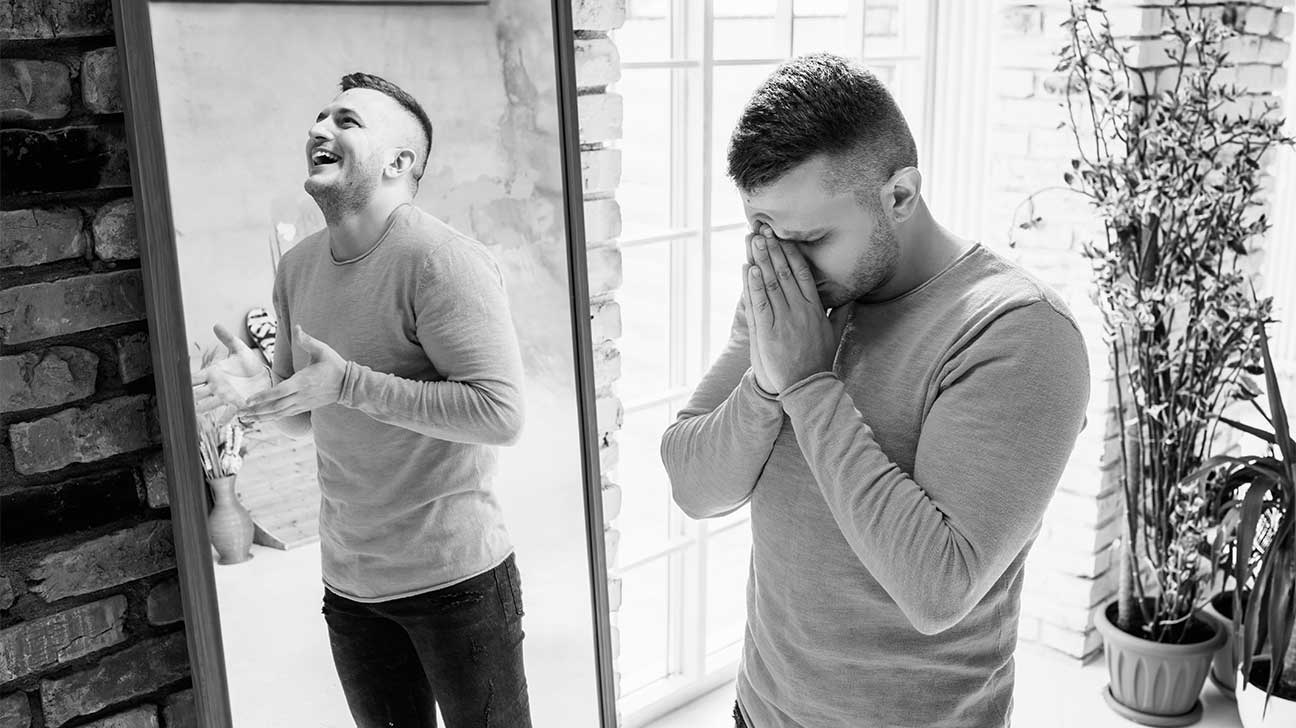 It is a chronic condition causing shifts in mood that may last for days or even weeks. The highs and lows experienced are much more intense than typical day-to-day emotions.

When bipolar disorder and addiction collide, it’s known as a co-occurring disorder.

Bipolar disorder is one of the most common mood disorders in dual diagnosis treatment.

What Is Bipolar Disorder?

Bipolar disorder is a mood disorder that is characterized by highs (mania or hypomania) and lows (depression).

Onset typically begins in a person’s 20s; however, some signs of bipolar disorder can be seen among adolescents.

More than 10 million Americans live with a form of bipolar disorder. There are two main types: bipolar I and bipolar II.

There is also cyclothymic disorder, which consists of alternating mania and depression.

Bipolar I is diagnosed after a severe manic episode. A person with bipolar I disorder may also experience periods of depression or mixed episodes of mania and depression.

Many people turn to substance use during periods of depression.

Mania is usually thought of as an intensely euphoric state lasting a week or more. The person may feel elevated levels of self-confidence and energy, but it can also develop into irritability.

Mania can greatly interfere with a person’s ability to function in society. If left untreated, it can result in episodes of psychosis and hospitalization.

Bipolar II is associated with periods of intense depression and hypomanic episodes.

Hypomania is a milder form of mania that lasts about four days. People experiencing hypomania will have elevated moods that can lead to reckless or impulsive behavior and impaired judgment.

The depression associated with bipolar II disorder can be very intense. It may result in feelings of hopelessness or despair and thoughts of suicide.

It’s incredibly important to take signs of suicide and substance misuse seriously, as clouded judgment can significantly increase a person’s risk of self-harm.

There are several risk factors that can cause symptoms of bipolar disorder and addiction to co-occur. It can also be a result of environmental factors, childhood trauma, or lifestyle choices.

Drugs and alcohol may provide temporary relief from some of the worst symptoms of bipolar disorder.

Mania may feel exciting and productive at first, but the lack of sleep can wear on people. They may choose to use marijuana or opioids in an attempt to calm themselves down and rest.

On the flip side, the pain of depression can be draining. Someone with bipolar might use cocaine or ecstasy (also known as MDMA and Molly) to artificially stimulate feelings of happiness.

It is possible for someone to experience two mental health disorders at once. Someone who is predisposed to mental illnesses may also be more susceptible to addiction.

When the reward systems in the brain that handle impulsivity, motivation, and mood are disrupted, it can lead to reckless behaviors such as drug use.

It is common for other mental disorders like depression, anxiety, and PTSD to coincide with substance abuse. Substances rewire the brain’s pleasure centers, which worsens mental illness.

While the direct cause of bipolar disorder is still unknown, research has pointed to a strong hereditary component. It is important to be aware of your family’s medical history for this reason.

More than two out of three people with bipolar disorder and mood episodes also have a relative with a mental illness.

Genetics can also play a huge role in predisposition to addiction. As much as 50% of addiction risk may be attributed to genes.

Signs And Symptoms Of Addiction And Bipolar Disorder

Signs of mania or hypomania:

Someone experiencing a mixed episode may have several of these symptoms overlapping at once.

There are additional signs to watch for if you suspect a loved one is abusing substances, but bear in mind that everyone will react differently.

Someone experiencing depressive symptoms can look similar to someone going through withdrawal, while stimulant abuse signs can imitate a manic episode.

Signs of comorbid bipolar disorder and substance use disorders (SUDs) include:

The top substances abused by people with a form of bipolar disorder are alcohol, marijuana, cocaine, benzodiazepines, and opioids.

Substances, particularly after long-term use, can complicate mental disorders by adding in physical health problems. It is important to seek out treatment as soon as possible.

Diagnosing comorbid disorders is a complex process that should be done by mental health professionals.

It is easy to misdiagnose due to overlapping symptoms with other disorders. It’s most commonly misdiagnosed as borderline personality disorder (BPD) or schizophrenia.

In addition to screening tests, the patient may undergo psychological tests, physical tests, or use mood charts to track emotional patterns.

Sometimes, a loved one will be brought in to help determine patterns of behavior.

Importance Of Treating Bipolar And Substance Use Disorder Together

It is imperative to treat a dual diagnosis simultaneously to prevent both relapsing and further deterioration of mental health. Typically, treating one disorder leads to the relief of the other.

Dual treatments of comorbid disorders in psychiatry are called integrated treatments. Individualized plans will be made to ensure the patient is receiving proper care.

A person undergoing bipolar disorder treatment will often be placed on medication. Combining medication with substances can be toxic, dangerous, or even deadly, so staying clean is vital.

Medications To Treat Bipolar And Drug Or Alcohol Abuse

There are several classes of medication used for bipolar disorder and addiction treatment. These include mood stabilizers, antipsychotics, anticonvulsants, and antidepressants.

Typically, providers will recommend a combination of two or more medications to treat the different symptoms of bipolar disorder and substance use disorder.

In the early stages of treatment, it may first be necessary to go through withdrawal and wean off substances before starting bipolar medications to prevent side effects.

Some of the medications for bipolar disorder include:

Different therapies are among the most important treatments for co-occurring disorders. There are several different types of therapy including individual therapy, family therapy, and group therapy.

Psychotherapy can help the patient learn how to identify harmful thought patterns and restructure them into healthy ones. They learn how to build stable routines and handle stress.

Family and group therapy provide benefits by building a support network around the patient. Families learn how to identify symptoms early and prevent the disorder from worsening.

Some common therapy options for substance abuse and bipolar include:

One of the most important treatments involves teaching the person how to manage symptoms of comorbid disorders like cravings or depression.

Through education, they will learn healthy coping skills for addiction triggers and episodes of mania or depression.

In some cases, it involves adding complementary lifestyle changes like exercise, a healthy diet, and meditation.

Holistic treatments for addiction and bipolar disorder like these are supplements, not replacements, for medical treatment.

Find Help For A Bipolar And Substance Abuse Dual Diagnosis

Addiction and bipolar disorder can be complicated and scary to handle, but there are treatment options available. If you or a loved one are experiencing comorbid disorders, don’t wait to seek help.

Spring Hill Recovery Center provides services including inpatient programs and outpatient care, and we can tailor a treatment that’s right for you. Call our helpline today to learn more.