Relationship Between Panic Disorder And Addiction

People with panic disorder also often have a substance abuse problem. The two share risk factors, such as family history, biological indicators, and stressful life experiences. Recovery from both is possible through various forms of evidence-based therapy. 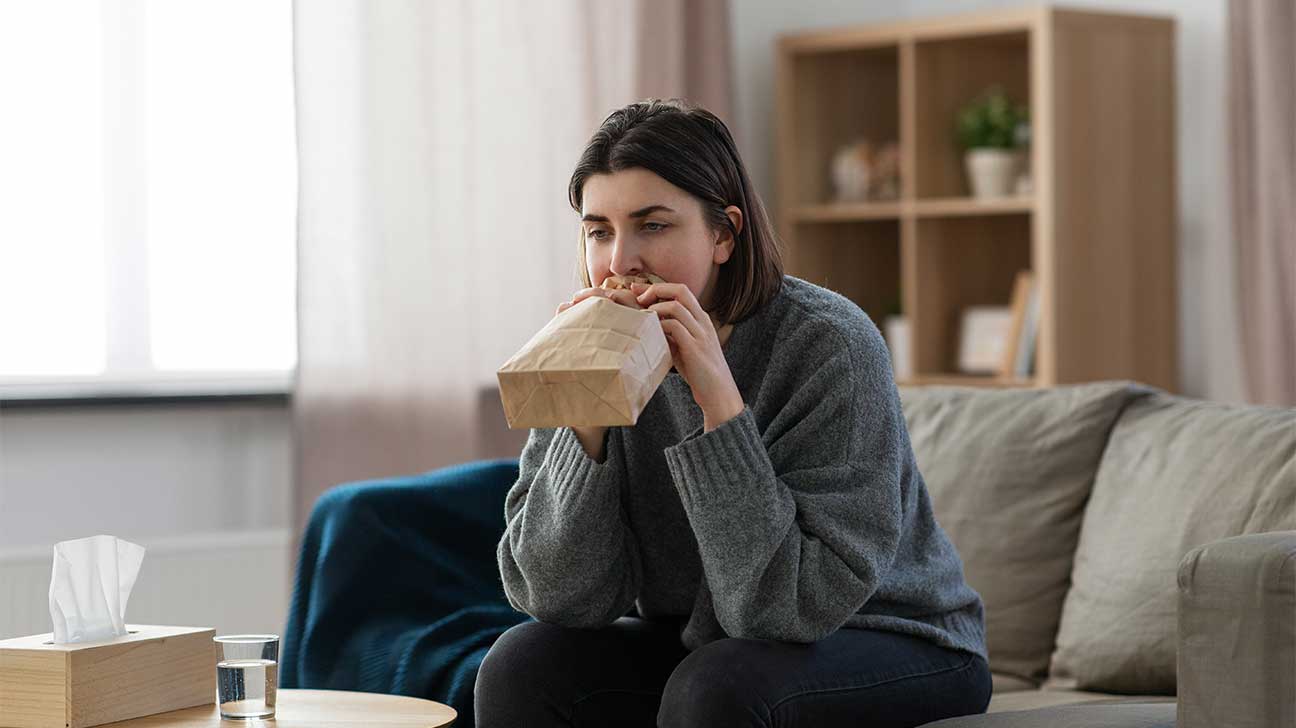 Research has shown a link between addiction and other mental health disorders, including panic disorder.

Understanding this link offers opportunities for dual diagnosis treatment that addresses symptoms of both disorders, and thus is more effective overall.

It also helps remove the stigma associated with mental illness. Stigma is often the thing that prevents people from seeking the care that they need and deserve.

What Is Panic Disorder?

One reason why anxiety and addiction are linked is because the symptoms of anxiety can be so overwhelming that those experiencing them try to self-medicate.

Panic disorder first appeared as distinct from anxiety in the third edition of the Diagnostic and Statistical Manual of Mental Disorders (DSM III), in 1980.

Although symptoms can vary from person to person, panic disorder is most often associated with recurring panic attacks and the fear of their occurrence.

The following are symptoms of panic attacks:

People who experience panic attacks should seek medical attention. Panic disorder is a serious condition that comes with the risks of substance abuse and suicide.

It might also involve specific phobias, such as agoraphobia, which is the fear of crowds, or any intense fear that is out of proportion with the reality of the situation.

Although researchers have tried to identify the causes of panic disorder and addiction, no one specific cause has been identified.

The following factors may contribute to substance abuse among people with panic disorders:

The use of some drugs in small amounts, including alcohol and other depressants, leads to feelings of relaxation and even confidence in some people.

The almost immediate effects can cause people with panic disorder to rely on them to feel stable.

As tolerance develops, more of the drug is required to produce the same results. This, in turn, can lead to the development of a substance use disorder.

Healthy coping mechanisms for dealing with stress and anxiety include things like talking with a trusted friend, going for a walk, and engaging in mindfulness practices like meditation.

Although drowning panic symptoms in drugs or alcohol may seem like a way to cope in the moment, this can lead to those feelings growing into worsened panic symptoms.

Intensely stressful events, such as trauma, can change the way the brain responds to stress.

This can include hyperarousal, which involves an overly anxious response when thoughts and feelings about the traumatic experience are triggered.

People with panic disorder who are in a state of hyperarousal may turn to substances in an effort to lower their anxiety.

How Common Is Co-Occurring Addiction And Panic Disorder?

It’s unknown for sure how often addiction and panic disorder co-occur. This has a lot to do with the complications surrounding diagnosis.

Symptoms of anxiety disorders often mimic symptoms of substance abuse as well as detox and withdrawal symptoms, so telling the two apart can be difficult.

For example, changes in the neurochemical system of someone who is abusing alcohol or experiencing symptoms of alcohol withdrawal might cause anxiety or a panic attack.

However, in general, at least 20% of people with panic disorder also have an addiction to drugs or alcohol.

Those living with panic disorder may turn to drugs or alcohol in an effort to control, reduce, or eliminate their symptoms of anxiety.

This may seem to help initially but is not an effective solution. Drug and alcohol addiction can develop, adding to the person’s challenges.

A person’s drug use might have nothing to do with the symptoms they’re experiencing but can lead to the very same symptoms, such as anxiety, or intensified symptoms.

A central nervous system depressant that can create feelings of relaxation and reduced tension, alcohol is the most widely abused substance in the U.S.

People with panic disorder might use alcohol to deal with feelings of anxiety, fear, and panic.

However, the misuse of alcohol comes with serious risks and side effects. Just a few of these include injuries from accidents, alcohol poisoning, and blacking out.

At least one study has found a link between long-term marijuana use and panic disorder or panic attack comorbidity.

People with panic disorder might use marijuana to get its effects, including feelings of euphoria and relaxation.

Studies on the negative effects of marijuana are inconclusive but indicate that long-term use could impair memory and other brain functions.

Other Substances And Panic Disorder

Stimulants such as caffeine, nicotine, methamphetamines, and others are particularly problematic for people with panic disorder.

They are highly addictive and can increase feelings of anxiety, which can bring on a panic attack in those who have experienced one previously.

Although opioids are depressants, they can have stimulating effects and also bring on anxiety-induced panic attacks.

Treatment plans for co-occurring panic disorder and addiction should address symptoms of both conditions for recovery.

Cognitive behavioral therapy (CBT) is one of the most effective treatment options for both disorders. It involves using mindfulness to identify and change thoughts that create feelings of anxiety or fear.

Eye movement desensitization and reprocessing (EMDR) therapy is another good treatment option. It uses exposure therapy and aspects of CBT to develop coping skills in people with addiction and panic disorder.

Due to the role of family history in many mental health conditions, family therapy is often part of an effective treatment plan.

Both panic disorder and substance use disorder are considered lifelong conditions, so long-term care via a treatment center or regular therapy should be considered.

Benzodiazepines, central nervous system depressants, have sometimes been prescribed for those with panic disorder. They are often referred to as anti-anxiety medications.

However, because of the risk factors for abuse that come with benzodiazepines, evidence-based forms of treatment such as CBT and EMDR are preferred.

Getting Help For Co-Occurring Disorders

If you or a loved one is living with co-occurring panic disorder and addiction, know that recovery is possible.

Contact us today so that you can begin living your life free from the symptoms of panic disorder and addiction.