Substance use disorders are commonly found in patients with an antisocial personality disorder. There are several reasons why they may be predisposed to it, but there is help and treatment available for recovery. 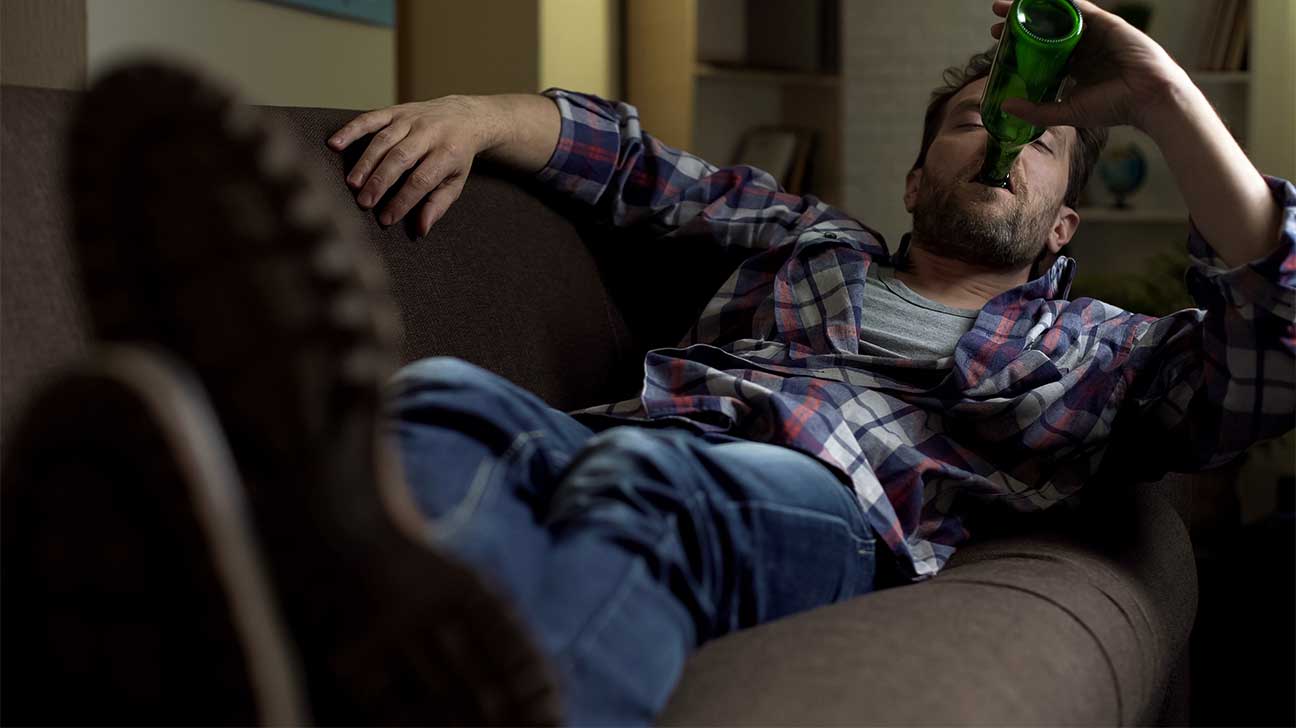 Antisocial personality disorder (ASPD), formerly known as sociopathy, is a permanent mental disorder that is characterized by antisocial behavior, a lack of empathy, and a lack of remorse.

Substance use disorders (SUDs) are common in people with ASPD. When someone experiences comorbidity of ASPD and substance abuse, it’s known as a dual diagnosis.

People with ASPD lack impulse control and have a hard time fitting into society. They may not seek treatment for themselves and often need to be prompted into it by those around them.

What Is Antisocial Personality Disorder?

Personality disorders are diagnosed when a person demonstrates recurring patterns of behavior that stand out from social norms.

People with antisocial personality disorder may be manipulative, act selfishly, or antagonize others. They have a general disregard for the feelings of those around them.

Someone with ASPD may view other people simply as tools to get what they want. They often engage in criminal behavior and have trouble maintaining relationships, jobs, and school work.

Signs of ASPD can usually be seen in adolescents under 15, but a diagnosis of ASPD isn’t typically given until adulthood. In young adults or children, it’s referred to as a conduct disorder.

The Link Between Substance Use Disorders And Antisocial Personality Disorder

There are high rates of co-occurring ASPD and drug or alcohol abuse. The highest prevalence of ASPD is in males, and a large percentage of men with an alcohol use disorder also have ASPD.

As many as 9 out of 10 people with ASPD may encounter some form of alcohol dependence or drug abuse in their lifetime. SUDs are also common in people with other personality disorders.

Some of the common risk factors for these comorbid mental health conditions include behavioral disinhibition, self-medication, and issues with delayed gratification.

Some of the most common symptoms associated with ASPD are impulsivity and a lack of harm avoidance. These traits can not only lead to substance abuse but greatly worsen it.

People with ASPD might believe that they are immune to harm and that the rules for everyone else do not apply to them, and they may engage in harmful behavior without the worry of consequences.

Since people with ASPD often reject the idea that they have a problem, it can cause them to spiral further into substance abuse and addiction.

Someone using substances due to behavioral disinhibition may exhibit behaviors like sharing heroin needles. They’re also at an increased risk of having multiple sexual partners or gambling.

Some people with antisocial personality disorder have symptoms that align closely with neuroticism. They may be more reactive to negative emotions like stress and anxiety.

When these negative emotions collide with decreased inhibition, it creates a perfect storm for turning to substances as self-medication.

Studies have demonstrated that these symptoms may stem from disruptions in genetics or the regular functioning of brain regions like the prefrontal cortex.

People with ASPD often exhibit difficulties with delayed gratification. They are constantly seeking out new, novel experiences, and they are strongly motivated by desire and pleasure.

Substances have been proven to rewire the brain’s pleasure centers so that a person experiencing addiction craves the substance more and more.

When someone is addicted to drugs or alcohol, it may be the only thing providing them with essential neurotransmitters like dopamine and serotonin.

The person may gradually seek out “harder” substances when they chase exciting experiences. Unfortunately, this can worsen ASPD symptoms and lead to full-blown addiction.

Risks And Effects Associated With A Dual Diagnosis

Alcohol abuse, cocaine abuse, tobacco use, and ecstasy (also known as Molly or MDMA) abuse are the most common in people with ASPD.

People with comorbid personality disorders and addictions may experience worsening ASPD symptoms, higher risks of suicide, and a higher likelihood of legal problems or incarceration.

Alcohol use in particular can result in someone with ASPD becoming violent or aggressive toward others.

In addition to the mental setbacks, negative physical effects can cause health impairment after sustained substance use. Substances can cause anything from heart issues to brain damage.

There is a wide range of signs and personality traits that someone with ASPD might display. They typically stem from self-centeredness and a lack of thought for those around them.

Some of these symptoms include:

If you suspect a loved one may have comorbid disorders, be sure to look at the whole picture. Signs of substance abuse can correlate with depression and other mental health disorders.

Signs of a dual diagnosis can include:

People with ASPD are not likely to seek treatment options for drug addiction. Since they do not believe that anything is wrong with them, they may not recognize when they have a problem.

Most people with ASPD who are in treatment do so at the intervention of loved ones, their jobs, or by mandate from the legal system.

It is highly beneficial for people with ASPD to have a support system that keeps them motivated to get diagnosed and stick with treatment.

Comorbid disorders can be challenging to diagnose, so providing behavioral health professionals with as much information as possible about the patient’s behaviors is essential.

Treatments And Therapies For ASPD And Addiction

When someone receives a dual diagnosis, it is imperative to treat both disorders simultaneously. The neglect of one disorder may lead to symptoms returning.

Treatment for ASPD is notoriously difficult, but it can be done with a willing individual and a proper treatment program.

The most prevalent treatments for ASPD involve different forms of drug addiction therapy. These may be done individually, with the patient’s family, or in a group setting.

Group therapy and support groups are particularly beneficial as they help people learn to interact with society in healthy ways, reduce aggression, and manage their perceptions of others.

In substance abuse treatment, practices like cognitive behavioral therapy (CBT) can be very helpful. With this approach, a person can learn healthy coping mechanisms and how to avoid triggers.

There are currently no medications used to treat ASPD. It is a chronic condition, so its symptoms are best managed with therapy.

In some cases, people with ASPD may be prescribed medications to help with depression and anxiety or to curb extreme aggression.

If alcohol or drug use is involved, it may be necessary to use medications like Suboxone or methadone in medical detox to aid the patient through withdrawal symptoms.

With the professional support at Spring Hill Recovery Center, you or your loved one can learn to manage both addiction and psychiatric disorder symptoms.