Schizophrenia is one of the most severe mental illnesses, but it’s also one of the rarest. It can be challenging to recognize when a loved one is experiencing schizophrenia and substance abuse. While it may feel overwhelming, there is treatment available for recovery. 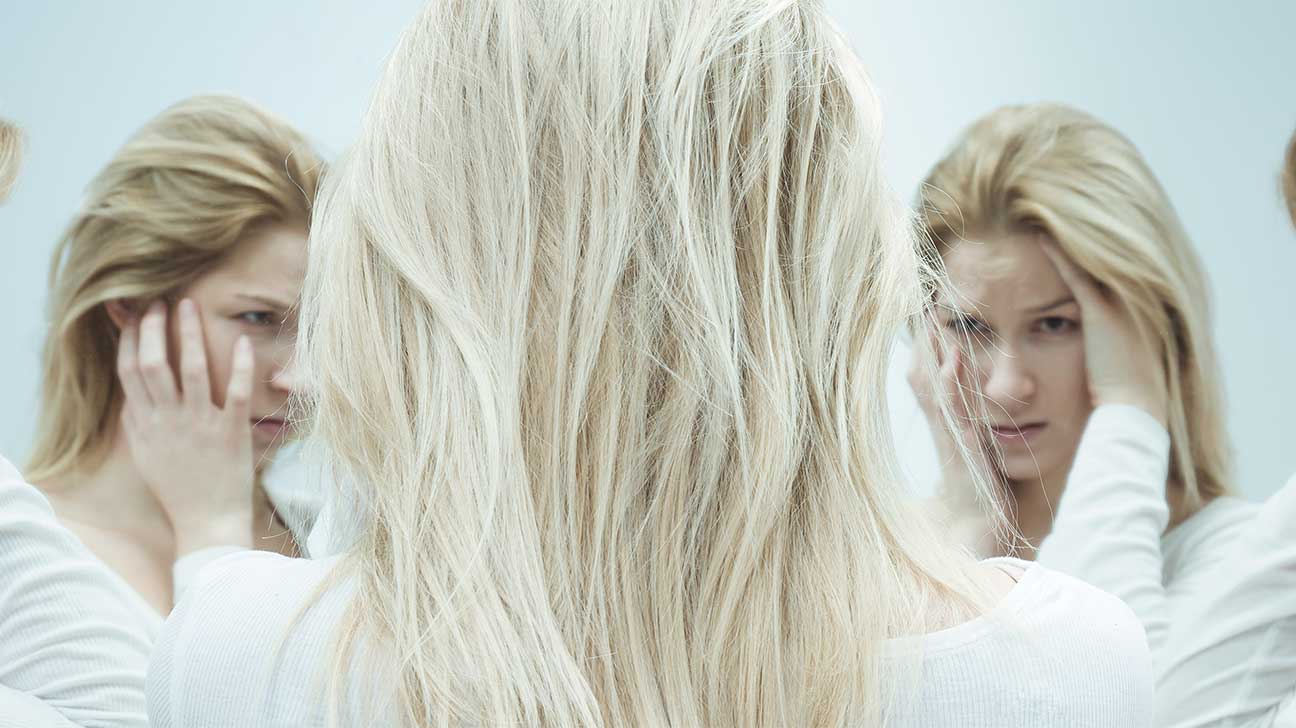 While schizophrenia falls under the umbrella of mental illnesses, it is more of a neurological disorder. It can affect every aspect of a person’s life and interferes with how they see the world.

The diagnosis rate of schizophrenia is low, but it is one of the most severe mental conditions a person can have. Co-occurring substance abuse and mental health disorders are common.

Schizophrenia is a complex disorder that requires careful diagnosis and treatment. Substance use disorders (SUDs) can complicate this process, so it’s crucial to know when to seek help.

Schizophrenia is a chronic, lifelong psychiatric disorder that causes people with it to see reality differently than people without it.

The word for schizophrenia means “split mind,” which is a fairly accurate descriptor of its effects. Schizophrenia distorts reality to varying degrees of severity.

It is typically diagnosed in a person’s teens and 20s. The effects of schizophrenia may be disabling, and it has high rates of homelessness and hospitalization.

What Causes Substance Use Disorders And Schizophrenia?

People with schizophrenia have very high rates of comorbid alcohol and drug abuse. One in two people with the disorder will develop a substance abuse problem at some point in their lives.

Many people turn to substances as a form of self-medication to help with the worst side effects of schizophrenia. Unfortunately, this almost always worsens their symptoms and creates habits.

While research hasn’t been able to pinpoint the exact cause of comorbid schizophrenia and drug or alcohol abuse, there are a few answers that seem the most likely.

Genetics is one of the strongest factors in determining whether someone develops a mental disorder.

Both schizophrenia and substance use disorders have strong potential genetic links.
However, there is no single gene that can be attributed to schizophrenia.

There is evidence that a genetic predisposition to schizophrenia can be worsened by substance abuse and childhood trauma. It tends to run in families, much like depression or ADHD.

Up to 10% of people with a relative with schizophrenia will also develop the disorder, and it’s estimated that genetics account for as much as 50% of the likelihood of developing an addiction.

Brain chemistry contributes to or is a cause of a range of mental illnesses. Imbalances in dopamine, glutamate, or neurotransmitters have been shown to disrupt thought processes.

Some theorize that people with schizophrenia have abnormally high levels of dopamine, which helps the brain regulate functions like mood and sensory input.

Brain scans of people with schizophrenia have shown abnormally large fluid-filled pockets, or ventricles, in the brain. They may also have irregular levels of brain activity.

Substances are known to rewire the brain’s reward system and “hijack” normal dopamine responses, which may contribute to why people with schizophrenia are further predisposed to addiction.

Substance use during adolescence carries several risks. It can speed up the onset of schizophrenia or cause episodes of psychosis that appear similar to schizophrenia.

The most commonly used substance in teenagers is tobacco, which creates an increased likelihood of the teen later trying substances like alcohol, cocaine, opioids, and heroin.

Although the full neurological impact of substance use in adolescents is not yet known, studies have pointed to it being a factor in the eventual development of long-term substance abuse.

There is some belief that schizophrenia can begin before being born. Illnesses, fetal malnutrition, maternal substance abuse, and chemicals may negatively impact the brain.

Additionally, outside factors like childhood trauma, toxins, or viruses can cause an increased risk for the development of schizophrenia.

Can Drug Use Cause Schizophrenia?

While drug and alcohol use disorders do not explicitly cause schizophrenia, the effects of mind-altering substances can speed up the onset of the disorder.

Hallucinogenics like mushrooms, LSD, and cannabis may trigger a schizophrenic or psychotic episode in someone who is already predisposed to schizophrenia or other mental illnesses.

Alcohol and stimulants such as cocaine have also been linked to worsening hallucinations and paranoia. One serious side effect of meth use is psychosis.

Signs And Symptoms Of Co-Occurring Addiction And Schizophrenia

Several of the symptoms of substance abuse and schizophrenia overlap, so it is essential to get a professional diagnosis. However, there are some telltale signs of each that are recognizable.

Schizophrenia affects a person’s ability to interact with others. There are four main categories of symptoms: sensory, cognitive, behavioral, and emotional.

The most common symptom is delusions. A person experiencing delusions may believe that they are being watched or that they have abnormal superpowers.

Some of the schizophrenia symptoms are called negative symptoms, which refer to an inability to function outwardly. These include hygiene, reclusiveness, and lack of emotional output.

Some other symptoms that schizophrenia patients may demonstrate include:

When alcohol or drug addiction is added into the mix, many of these symptoms worsen and new ones may appear. The reverse can also be true: substance use may mask and hide symptoms.

Some signs of comorbid SUDs and schizophrenia are:

Psychosis Vs. Schizophrenia While Under The Influence Of Drugs

It can be challenging to tell the difference between true schizophrenia and psychosis. Psychosis is not a mental illness but rather a temporary loss of touch with reality.

Psychosis may happen as a result of an untreated disorder or be induced by substance abuse. It can be also caused by trauma, sleep deprivation, medications, or even premenstrual syndrome.

The most common drugs that lead to psychosis are marijuana, stimulants like cocaine and methamphetamines, alcohol, hallucinogens, and PCP.

Psychosis is usually a temporary condition. While people with schizophrenia may have an episode of psychosis, they still have the disorder after the episode is over.

Some symptoms of psychosis may be:

How Substances Affect People With Schizophrenia

People with comorbid schizophrenia and substance use disorders can experience adverse effects ranging from the neglect of their medical treatments to, in the worst cases, suicide.

They may become violent, have frequent bouts of psychosis, or require hospitalization more often. They are also at a much higher risk of incarceration.

Like others with substance use disorders, they are at a higher risk of adverse physical effects like heart failure or brain damage.

Nicotine or tobacco is the most commonly abused substance among people with schizophrenia. As many as 90% use some form of the drug, and usage is higher in men.

Cigarette smoking has a higher prevalence among people with schizophrenia than it is in the general population. It is typically used as a form of self-medication.

One study on schizophrenia and nicotine found that teenagers who smoke more than 10 cigarettes a day are at a much higher risk of later being hospitalized for schizophrenia.

It’s believed that smoking may temporarily relieve the intensity of some schizophrenic symptoms, but the benefits do not outweigh the costs.

Meth is a strong amphetamine that has been linked to both episodes of psychosis and the onset of schizophrenia.

Methamphetamines and schizophrenia act on similar parts of the brain, and both interfere with the normal functioning of dopamine and neurotransmitters.

Episodes of meth-induced psychosis and schizophrenia can be difficult to distinguish. A person on meth may show symptoms of delusions, hallucinations, or difficulty concentrating on tasks.

There are some standout signs of meth abuse that can indicate comorbid disorders, such as twitching, sores on the skin, “meth mouth,” and hyperactivity.

People who experience cocaine abuse and co-occurring schizophrenia are at a higher risk of hospitalization, suicide, and noncompliance with treatments.

Like methamphetamines, cocaine use can lead to episodes of psychosis. People with schizophrenia experience this at much lower doses than someone without a mental disorder.

People who use marijuana in adolescence are twice as likely to later develop a form of schizophrenia. Young people with schizophrenia use cannabis more than alcohol.

Research has been increasingly pointing toward cannabis as a contributing risk factor to psychosis and psychotic symptoms. People who use cannabis daily may face even higher risks.

The most affected people are those who are already predisposed to mental health conditions or a dual diagnosis due to genetics or other factors.

Even though schizophrenia is one of the most severe mental disorders in psychiatry, people who have it usually don’t receive help for almost a decade.

People with schizophrenia are often unable to recognize when something is wrong. When this happens, it falls on family members and loved ones to encourage them to seek treatment.

Talking to your loved ones about this disorder may be difficult, but it’s important to remember that both schizophrenia and addiction are treatable. Intervening as early as possible may prevent SUDs from developing or worsening.

Substance abuse can make it difficult to notice the symptoms of schizophrenia, so try to look at the overall picture of someone’s behaviors and actions.

Treatment For Addiction And Schizophrenia

People with co-occurring disorders like addiction and schizophrenia need dual diagnosis treatment for both conditions to receive the best possible outcome.

There is no cure for either schizophrenia or substance abuse, but there are many combinations of treatments that can reduce symptoms and get the well-being of the person on track.

The most common approach is a combination of medication and therapy. These will incorporate both addiction treatments and mental health services.

While there is no single medication that is used to treat schizophrenia, medication-assisted treatment can help with symptoms. In its initial stages, antipsychotic medications are common.

Antipsychotic medications work on dopamine and serotonin receptors, and they may help to block out some of the worst effects of schizophrenia, like hallucinations or delusions.

If a schizophrenic patient is also experiencing severe substance abuse or addiction, they may also need medical detox to treat withdrawal and cravings.

There have been promising studies released on the effectiveness of clozapine, an atypical antipsychotic, in treating comorbid schizophrenia and substance abuse.

Some medications used in treatment may be:

Therapy Approaches For Addiction And Schizophrenia

It is beneficial to people with schizophrenia to feel like they have a community and support structure, which is why family therapy and peer groups like Narcotics Anonymous are helpful.

Integrated therapy treatments will help the person learn coping strategies for the worst symptoms of both schizophrenia and SUDs.

One of the most common and helpful types of therapy is called cognitive behavioral therapy (CBT). It aims to help patients learn to transform negative thoughts into positive ones.

Other mental health treatment methods may include:

If you or a loved one are experiencing comorbid mental disorders, you are not alone. A dual diagnosis like schizophrenia and substance abuse can be difficult, but it is treatable.

Our team of professionals at Spring Hill Recovery center can help. We offer compassionate, individualized inpatient and outpatient care for addiction recovery.