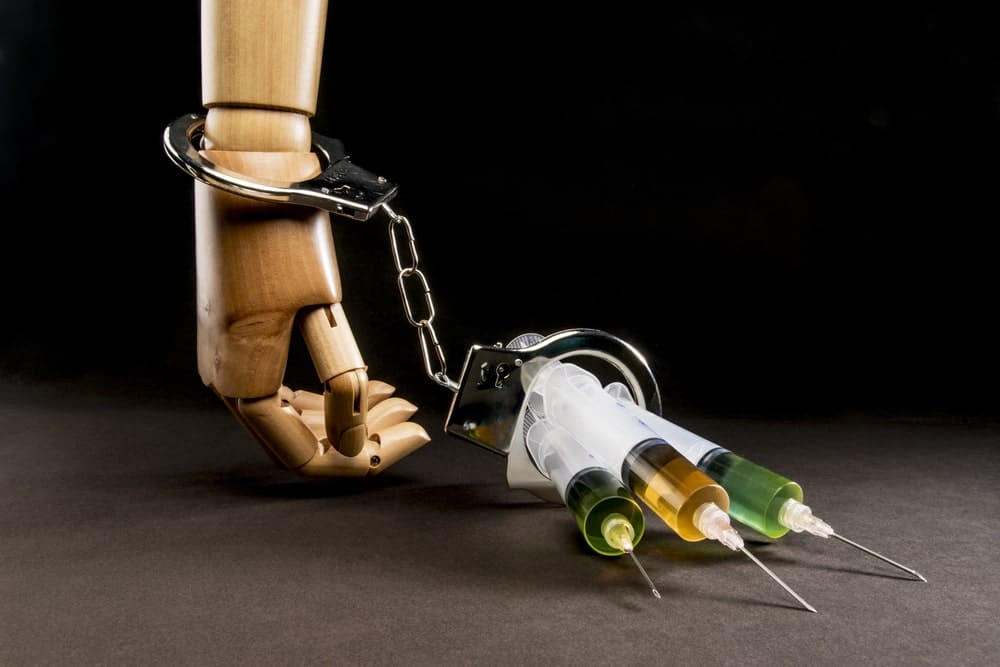 Heroin is an opioid drug that is very addictive. Like other opioids, heroin causes devastation in the lives of those who use it. It is often used in addition to other prescription opioids in order to avoid opioid withdrawal, or as a cheaper replacement.

Heroin is often called smack, horse, or tar. The drug is made from parts of the poppy plant. It works by affecting the opioid receptors in the brain, resulting in pleasurable feelings.

Using heroin in any amount is dangerous and can easily lead to addiction and overdose. People who continue to abuse the drug are almost certain to become addicted because of the powerful rewarding qualities that opioids have.

Continuing to abuse a drug as powerful as heroin can lead to destruction in all aspects of a person’s life. This can include their physical and mental health, their relationships, and their job or school.

Signs of Addiction to Heroin

People who are addicted to heroin will show similar signs to other opioid users. In fact, heroin users might also be using other prescription opioids. It is important to know the signs of heroin addiction so you can tell if a loved one is abusing the drug. Heroin abuse has many physical and mental side effects that can expose a person’s drug use.

Physical symptoms of heroin abuse are one of the quickest ways to tell if someone has been using recently.

Immediate Physical Signs of Heroin Use

In addition to these physical signs of heroin use, people who take the drug will probably also show mental or behavioral signs. These include:

Over time, heroin can have many physical, social, behavioral, and mental effects. The National Institute on Drug Abuse reports that many medical problems can arise from long term heroin use. These problems could include both physical and mental illness. Other physical signs of long-term heroin use are:

Heroin abuse also affects the behavior of users. An addict might be able to hide physical signs of abuse like the ones above, but it will be difficult for them to mask more subtle changes in behavior. Look for the following changes in behavior if you are trying to determine whether someone close to you is hiding a heroin problem:

People who are addicted to heroin and/or other opioids will become obsessed with getting and using the drug. An addiction to heroin can be diagnosed when a person is both mentally and physically dependent upon the substance.

Mental dependence means a person cannot function normally without the drug. They become obsessed with using it despite seeing its negative impact on their life. Physical dependence upon heroin happens when a person’s tolerance to the drug increases and they experience heroin withdrawal symptoms if they stop taking it or decrease their dose.

When someone is addicted to heroin, they will go through withdrawal if they stop taking it or if they decrease their dose too much. Withdrawal from heroin can occur after using it only a few times. Withdrawal is one of the reasons why quitting the drug can be difficult without addiction treatment.

People who go through heroin withdrawal deal with a variety of uncomfortable symptoms. These might include:

Symptoms of heroin withdrawal usually start to get better within 72 hours. But heroin withdrawal can be very uncomfortable. It can be so painful that users relapse to make the symptoms stop. It is always best to go through withdrawal in a treatment center.

Withdrawal affects each heroin abuser slightly differently. Some may experience severe and painful withdrawal symptoms that last for a long time. Others might have milder, shorter-term symptoms. In general, addictions that have been going on for a longer time will have more painful withdrawal periods. This is mostly because of the increase in tolerance that happens over the course of an addiction.

Some other factors that affect the duration and severity of heroin withdrawal symptoms are:

There is no way to know for sure how bad a person’s heroin withdrawal will be. Heroin withdrawal does not usually pose a threat to life, but severe cases can be dangerous. For example, long periods of vomiting, diarrhea, and sweating can result in severe dehydration. Dehydration can lead to other health issues that are deadly.

The best treatment option for heroin withdrawal is to go through the process at a detox center. Here, the patient will be assisted through the withdrawal process by professionals. This is done by weaning off of opiates in a safe way and using other medications to make it less painful.

The National Institute on Drug Abuse states that treatment for heroin use disorder can involve medication, therapy, or a combination of the two. These treatments aim to return the function of the brain and body to a relatively normal place. Positive changes in behavior tend to follow.

If a heroin addict chooses to visit an inpatient treatment center, detox is usually the first step. Detox is really just going through withdrawal in a safe and monitored environment. Once the body has gotten all the heroin out of its system, the rest of the treatment can continue.

These help a user to wean off of heroin and other opioids. Other medications work against opioid drugs so that their effects are not so rewarding for opioid-dependent users. Doctors will always consider the patient’s situation on an individual basis before prescribing drugs to combat addiction.

Behavioral therapies can also be very effective in treating drug and alcohol addictions, including heroin. Research shows that therapy used in outpatient treatment can help a person to stay clean as they go back to daily life. Cognitive-behavioral therapy is one very popular form of therapy for substance abuse treatment. It focuses on changing limiting or negative patterns of thinking and acting.

If you or someone you know is suffering from an addiction to heroin, you should find a treatment center immediately. Heroin addiction and withdrawal are very hard to manage without professional help. In order to avoid problems like relapse, overdose, and addictions that continue to go on, treatment is needed.