Heroin and meth are illicit drugs that produce powerful and dangerous short-term effects. Even though heroin is an opioid and meth is a stimulant drug that works differently on the body and brain, they share similarities, such as possessing high risks of substance abuse and causing uncomfortable withdrawal symptoms. 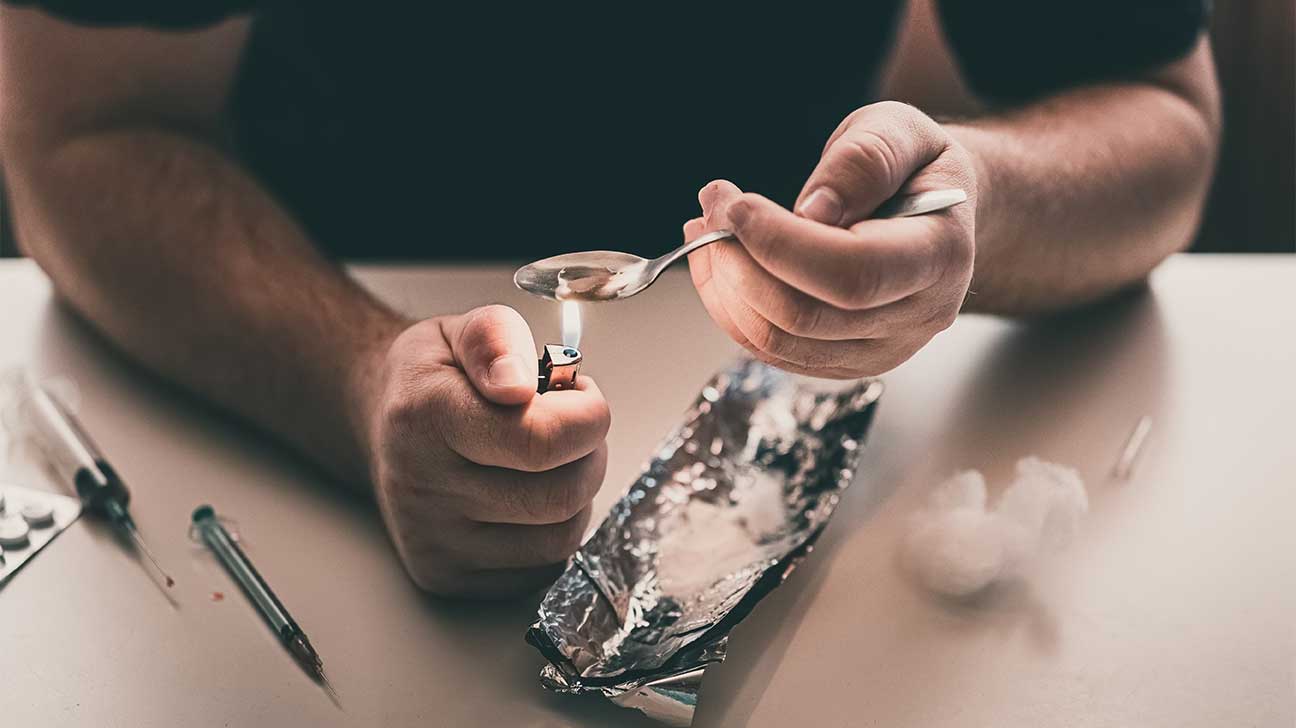 Meth abuse and heroin abuse are both forms of drug use that can lead to the development of a substance use disorder (SUD).

Methamphetamine, better known as crystal meth, is a stimulant drug that causes high alertness. Heroin is an opioid that slows the body’s central nervous system down.

Heroin and meth are popular substances for drug abuse that quickly create addiction. Addiction treatment options such as inpatient programs are usually required for recovery.

Below we’ll explore the similarities, differences, and dangers of heroin and meth.

Differences Between Methamphetamines And Heroin

The primary differences between meth and heroin are their effects, how they look, and their drug classification.

Meth and heroin work differently in your brain and your body. As an opiate, heroin use feels like a rush of relaxation and euphoria.

Other short-term effects of heroin are:

Heroin binds itself to natural opioid receptors in the brain and causes numbness throughout the body. Those under the influence of heroin nod in and out of consciousness for hours.

People tend to go on binges when using meth. In higher doses, it can cause psychosis, heart attacks, or weeks of wakefulness. It does this by releasing high levels of dopamine in the brain.

Pure heroin looks like a white powder, but other types of heroin resemble black tar and brown powder.

Meth looks like a crystal powder that is sometimes translucent. It can also come in other colors, such as blue or pink.

Heroin is a Schedule I substance, meaning it’s illegal at the state and federal levels and has a high dependency risk. There are no medical uses of heroin.

Meth is classified as a Schedule II substance meaning it has a high risk of substance abuse but can be used for some medical reasons, such as treating hyperactivity disorders.

Similarities Between Methamphetamine And Heroin

Meth and cocaine induce different highs, but as commonly used drugs, they have similarities. These include how they can be abused, and their risk of addiction.

Both substances can be smoked, snorted, or injected. They’re relatively cheap drugs and involve a difficult manufacturing process.

The biggest similarity is that they’re powerful substances that carry a high risk of addiction.

People who abuse these substances build tolerance and experience withdrawal symptoms. To remedy cravings, people may seek out more meth or heroin, which leads to dependence.

Regardless of whether a person is abusing meth or heroin, the signs and symptoms of addiction will typically look similar.

Some signs of drug addiction are:

Both the abuse of heroin and meth can produce withdrawal symptoms once use ceases. This occurs when the body is ridding itself of the toxins from the drugs.

The safest way to recover from withdrawal symptoms is under supervision from health care providers.

Treatment centers can administer methadone for heroin withdrawal, along with nutrients.
Dangers Of Methamphetamine And Heroin

Though they work on the brain and body differently, meth and heroin have dangerous effects.

Even if taken in small amounts, they can cause serious harm. Their routes of administration also carry dangers as well.

Because methamphetamine produces such powerful effects, its use can cause harm in the short-term and long-term.

The dangers of methamphetamine use are:

Long-term abuse of meth can change parts of the brain responsible for motor speed, verbal learning, emotion, and memory.

Even after the abuse has stopped, some people have reported random episodes of meth psychosis.

Opioid drugs slow down major bodily functions that can have severe effects and lead to more problems with prolonged use.

The dangers of heroin use are:

If abused for long periods, heroin can destroy brain matter and the central nervous system. This can affect decision-making, handling stressful situations, and controlling behavior.

You or a loved one don’t have to face substance abuse alone. Meth and heroin addictions are treatable, and we’re here to help.

Reach out to a specialist today to learn more about our treatment programs.