Home > How Long Does it Take for Alcohol to Kick In?

How Long Does it Take for Alcohol to Kick In? 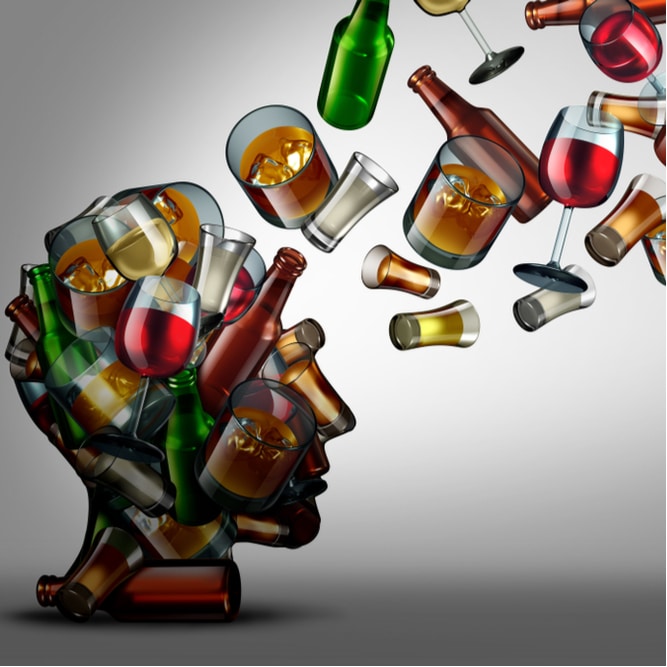 Alcohol doesn’t kick in instantly. But it can kick in fast, depending on how your body handles it.

Many factors affect the way your body processes alcohol. They include factors you can’t change, such as your medical conditions and gender. They also include factors like how long it’s been since you’ve eaten food, or whether you’re using other substances.

It also depends on what you’re drinking. Some alcoholic drinks are stronger than others. A can of beer isn’t the same as a shot of vodka, for instance.

Here’s what you need to know about how your body handles alcohol:

How fast can you feel the results of alcohol?

It can take 30 minutes for the average person to start feeling the effects of alcohol while drinking at a moderate pace. Alcohol can also take a different amount of time to kick in depending on what you’re drinking. It can also take more or less time for different individuals.

When you drink alcohol, it moves through your body into the stomach and small intestine. This is where your body absorbs the alcohol into your bloodstream.

When the alcohol reaches your bloodstream, you’ll begin to feel it kick in. You may feel:

Men and women metabolize alcohol differently. Women can get drunk faster than men and might feel the effects more.

Other reasons women might metabolize alcohol faster than men include:

More men drink alcohol than women do. But alcohol use disorder increased 83% in women between 2002 and 2013. The rise could be caused by gender differences. It’s easier to develop a problem when your body processes alcohol faster and holds onto it longer.

People who weigh more might take longer to feel the alcohol kick in. That’s because people with more bodyweight have more blood plasma. The more blood plasma, the longer it takes for the blood alcohol concentration to rise.

Alcohol and the Liver

No matter how much you weigh, your liver can still only process one standard drink per hour. What makes a drink “standard” depends on its alcohol content.

For instance, a standard drink could be:

It’s best to avoid drinking more than one standard drink per hour. Any more than that taxes the liver. Drinking too much short-term can make you too intoxicated, too fast. It can even lead to alcohol poisoning. In the long-term, it can cause permanent liver damage.

Your tolerance has an effect on how fast alcohol kicks in. The more often you drink alcohol, or the higher the amount, the less your body responds to it. You may need to drink more alcohol to feel the same effect.

If you don’t drink alcohol very often, then you might feel drunk after fewer drinks than you expected.

Asians and Native Americans have less alcohol tolerance than other ethnicities. All people have an enzyme that helps break down alcohol, called acetaldehyde dehydrogenase. People of these two ethnicities have a genetic difference, so their enzymes don’t work as effectively.

People with this genetic difference might get drunk faster and stay drunk longer. This is because alcohol stays in the bloodstream longer.

If you have genetic alcohol intolerance, then you might notice a reaction when you drink. This feels like your cheeks flushing and your heart rate increasing. Your skin will also become pink.

This can happen even when you’re drinking only a small amount. It’s harmless, but you might be too uncomfortable to keep drinking.

Alcohol interacts with many substances, including prescription and over-the-counter drugs.

Prescription and over-the-counter drugs that interact with alcohol include:

A drug interaction can be uncomfortable, with symptoms such as dizziness and nausea. Or it can be life-threatening, with changes in blood pressure and breathing. Mixing alcohol with other drugs often increases the risk of overdose, too. Always get medical help if you’re having a drug interaction with alcohol.

Mixing alcohol with drugs can intensify the effect of both substances. But it can also be deadly: Overdoses happen more often when you mix substances.

The riskiest interactions are with opioids and cocaine. Heroin and other opioid drugs slow breathing, and breathing can stop completely when these drugs are mixed with alcohol.

Cocaine mixes with alcohol in the liver to create a new chemical. This chemical, cocaethylene, makes the cocaine’s effects stronger, but also puts you at risk for sudden death.

Never mix alcohol with street drugs. If you think you’re having a drug-alcohol interaction, get medical help right away.

How Long Does Alcohol Take to Kick in on an Empty Stomach?

Alcohol is absorbed mostly through your stomach and small intestine. That means it kicks in faster when you haven’t eaten recently. You might feel the effects more intensely.

On the other hand, if you’ve eaten a big meal, it might take longer to kick in.

That doesn’t mean you should avoid eating so you can get drunk faster. In fact, you should plan to eat an hour before drinking. Eating on an empty stomach can worsen hangover symptoms, causing:

If you drink on an empty stomach and have these symptoms, you can treat them by resting, drinking enough fluids, and eating light foods like crackers.

The Risks of Drinking on an Empty Stomach

There are serious health consequences to drinking on an empty stomach. You could develop alcohol poisoning, which can cause brain damage and coma. It can even be fatal.

The symptoms can include:

If someone you’re drinking with develops these symptoms, get medical help right away. Alcohol poisoning can be fatal and causes permanent damage.

Don’t drink on an empty stomach. It might be tempting to feel the effects faster, but it’s not worth the side effects. Always make sure you eat within an hour before moderate drinking. You should snack while you’re drinking if you drink for long periods.

How Long Does it Take for Alcohol to Affect the Brain?

Alcohol affects the brain by causing cognitive problems. This impairment causes signs you associate with being drunk, including:

It has this effect on your brain because it depresses the central nervous system. When the CNS is depressed, your brain has trouble communicating with the rest of your body. Signals between the brain and the body are slowed. The more you drink, the stronger the effect.

Does Alcohol Affect the Brain Permanently?

Korsakoff syndrome happens when alcohol prevents your body from getting enough thiamine. This causes your brain cells to have trouble carrying signals.

The syndrome can be permanent. Around 25% of people with Korsakoff syndrome recover when they stop drinking alcohol. 50% of people improve but don’t recover completely, and another 25% never see a change in their symptoms.

How Long Does it Take to Get Sober?

Generally, your body can metabolize one standard drink per hour. If you drink one shot of liquor, the effects wear off after about an hour for most people. A pint of beer might take two hours, while a tall glass of wine could take three hours. If you’re drinking heavily over a short time period, then it could take even longer for it to wear off.

The same factors that affect how fast alcohol kicks in affect how long it stays in your body, too. These can include:

There are some steps you can take to help alcohol leave your body faster. They include:

Drinking moderately and safely can lower your risk of alcohol-related health problems. When you drink more than your body can handle, you put yourself at risk of alcohol poisoning and permanent brain damage. If you have trouble controlling your drinking, call Spring Hill Recovery to get treatment for alcohol addiction.