Home > How Long Does Meth Stay In Your System?

How Long Does Methamphetamine Stay in Your System? 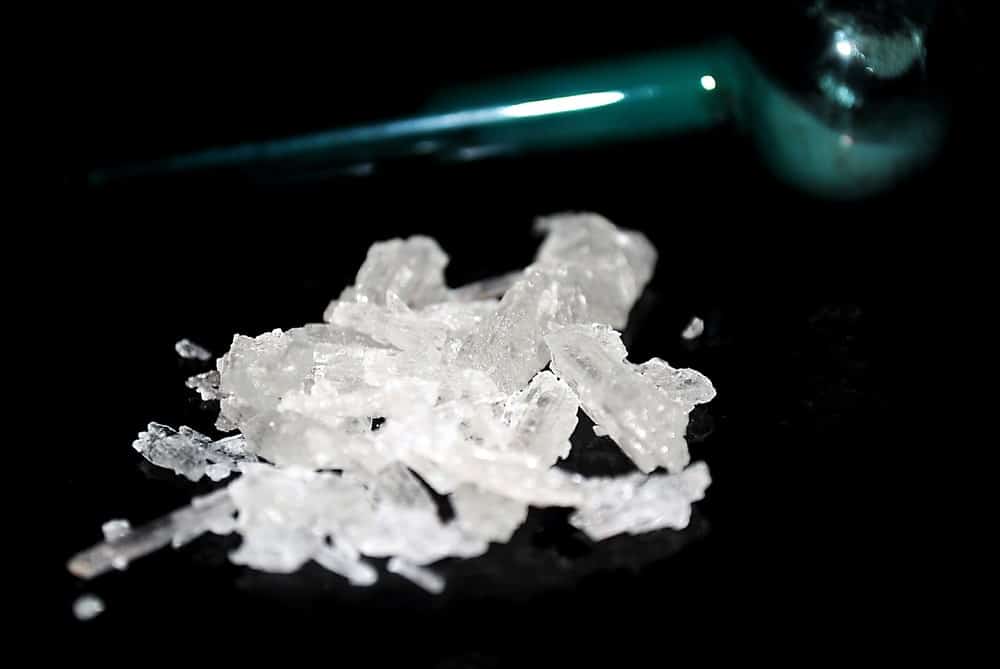 Methamphetamine, more commonly referred to as ‘meth’, is a powerful illicit stimulant drug with brain effects that are capable of making users delirious.

An addiction to meth can develop shockingly fast. But how is this drug processed by your body, and for how long will it stay in your system?

How long meth stays in the body is not the same for everyone. Many factors contribute to how long meth will stick around in your system.

If you are reading this article because you want to know if meth will show up on a drug test, you have even more things to consider. Not to worry; we will cover all you need to know about meth drug testing and time spent in your body below.

How Long Does Methamphetamine Stay in the Body?

Though the noticeable effects of meth don’t last long, how long trace amounts of it last in your body is a different story. If there is potential that you will be subject to drug screening any time in the coming months, and you have used meth recently, it could show up on tests.

Drug tests are conducted by sampling the following four:

Each method of testing makes meth detectable for a different duration of time.

How Long Does Methamphetamine Stay in Your Urine?

Urine testing is one of the most common forms of drug screening. It is particularly popular in the workplace. This is mostly due to the fact that drawing a urine sample is relatively non-invasive compared to other forms of lab tests that are available.

When it comes to meth, the drug can be detected via a urine sample for three to four days after the last time taken. If meth is abused regularly and heavily, with a large dosage, it might be detectable in urine for a week or so after the last use.

How Long Does Methamphetamine Stay in Your Hair?

While other forms of testing, such as urine, can detect drugs like meth for up to one week, hair sampling can do so for 3 months or more.

Hair sampling’s only downfalls are that it is slightly more invasive than urine testing (as it involves plucking a hair from somewhere on the body), and it takes about a week, on average, for substances like meth to show up on a hair test.

While 90 days is typically the standard detection time for hair tests, a 2015 study about meth detection times found that in some cases, hair tests could detect meth for up to six months!

How Long Does Methamphetamine Stay in Your Blood?

The elimination half-life of meth in the human body is around 11 hours. This means that on average, half of the meth in your bloodstream is eliminated after about 11 hours.

Meth is detectable in your blood for 1 to 3 days after your last use. Blood tests are more invasive than most other drug tests, and while they are still found in the workplace, they are less common there. More commonly, blood tests are conducted in legal and law enforcement settings.

How Long Does Methamphetamine Stay in Your Saliva?

Meth can be detected in the saliva for 24 to 48 hours after the last dose. Saliva samples are commonly taken by placing a swab of absorbent cotton inside of the mouth.

Since this method of testing is quick, non-invasive, and does not require a lot of privacy, it is commonly used by police officers in the field.

Factors That Affect How Long Methamphetamine Will Stay in Your System

If you are facing a drug test and have used meth, the method of testing is certainly important to take into account. But other factors should be considered as well:

The rate at which a person’s body is able to move substances like meth through its system is affected by many factors. Every human body is different, and will take varying amounts of time to process meth according to the following factors:

In general, someone who is young and healthy metabolizes drugs and other substances faster than a more elderly, sickly person. When it comes to highly addictive narcotics such as meth, it is common for a person’s health to deteriorate as they use the substance more—thus affecting how long it takes for them to process it.

Heavy meth usage can increase the amount of time the drug stays in your body in more than one way. Not only will it lead to overall poor health, but the drug can actually build up in the system over time.

A high frequency of use over a long period of time can result in a ‘backup’ of meth in the system. This means the drug will be detectable in tests for longer than average.

Meth is a very addictive drug. There is no kind of meth use that is considered ‘safe’ or ‘low-risk’. Its habit-forming tendencies, coupled with the quick development of tolerance and high risk of overdose, make meth a dangerous drug.

Thousands of American lives are ruined every year by meth abuse. Don’t let yourself or a loved one become another morbid statistic. Call Spring Hill Recovery Center today to discuss options for meth treatment and recovery.