Home > How Long Does Oxycodone Stay In Your System?

How Long Does Oxycodone Stay in Your System? 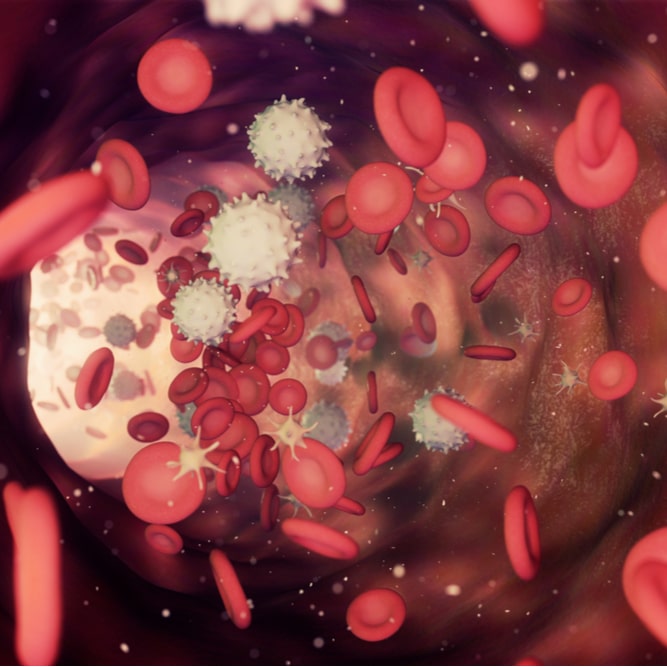 In the United States, prescription opioids account for more drug abuse than cocaine, heroin, and meth use combined. This American epidemic affects the social and economic wellbeing of US citizens.

Until recently, most employers were not testing for highly addictive painkillers like Oxycontin and Roxicodone, well-known brand names for oxycodone. This was because the standard test panels did not cover so-called “expanded opiates”.

Expanded opiates include hydrocodone, which is oxycodone mixed with acetaminophen. Acetaminophen is the generic name for drugs like Tylenol. Hydrocodone is more commonly known by the brand names Percocet, Lortab, Vicodin, and Norco. These substances require special tests for detection.

Oxycodone – The Good And The Bad

Oxycodone relieves symptoms of pain within half an hour of oral consumption. This analgesic or pain-numbing effect is helpful to someone who is post-op or has cancer. The drug can prevent chronic pain and suffering where other medications cannot.

But it rewires the brain. Over time, a larger dose may be required to achieve the same effect. Developing a tolerance to oxycodone is not an inherently bad outcome. However, some patients find themselves caught up in a cycle of dependence. Dependence does not automatically mean addiction. However, it does mean withdrawal.

Consequently, people who want to stop taking oxycodone after multiple weeks of use should only do so following professional medical guidance. Without a doctor’s supervision, patients may be unable to manage possible withdrawal symptoms. Weaning the body off painkillers involves steadily lowering the dose.

In addition to mental impairments such as extreme sleepiness, which can cause accidents, there is the risk of overdose. This happens when pain-killing effects wear off and additional doses are consumed. The drug still has not left the patient’s system so its depressive effects are compounded.

Oxycodone mixed with other substances like alcohol can also be lethal. This is why it is helpful to know how long oxycodone can remain in the body. Drug tests also help to prevent relapse by making addicts accountable.

How is Oxycodone Taken?

Oxycodone can be ingested in a liquid or pill form. The smallest available dose of OxyContin is 5mg. There are also dosages of oxycodone as high as 120mg available on the market. Patients are usually started on 5-15mg. Percocet contains 5mg of immediately released oxycodone.

Any dosage over 30mg of oxycodone is considered high strength. A dosage higher than 30mg can cause an overdose in people who are not used to taking large amounts of the medicine.

Oxycodone can relieve pain, but if the pain is mild it can also create a feeling of euphoria. This reward response leads to non-medical use and misuse of the drug. The National Institute on Drug Abuse estimates that 54 million Americans have misused prescription drugs at least once.

Addicts often go to different doctors for more prescriptions. An addict is someone who is unable to control their consumption. They consume the drug even though doing so causes dysfunction in their lives. People with a family history of substance abuse disorders have a high risk of becoming addicts and misusing pain-killers.

In Canada, OxyContin has been unavailable for purchase since 2012. It was replaced with a tablet that is more difficult to break up. When oxycodone is snorted or broken up, it takes effect almost immediately.

Crushing a medication like OxyContin which has an extended-release and is supposed to work over a 12-hour period can overwhelm the body. It slows down the heart rate and breathing to harmful levels. Too much oxycodone too quickly can result in a coma or kill a person.

Combination drugs containing hydrocodone aren’t just dangerous for their oxycodone component. An excess of acetaminophen like Tylenol can cause major liver problems.

What is the Half-Life of Oxycodone?

The half-life of a drug refers to how long it takes for half of the drug to be expelled from the body. This can range from about 3.2 hours to 5.6 hours depending on whether the drug formula has an immediate or extended-release. The half-life can also vary from one person to the next.

The second half of the drug takes longer to eliminate. Thus, full elimination often requires more than two half-lives.

Certain factors affect the rate at which the drug is processed and metabolized. These include:

How Long Does Oxycodone Stay in Your Urine?

Oxycodone taken orally will be metabolized or broken down by the stomach and liver before it enters the bloodstream.

Oxycodone can leave the system in urine and sweat. In immediate-release versions of the drug, concentration levels in the bloodstream peak within the first two hours after ingestion.

Concentration levels in urine reach their highest between three and nine hours after consumption. Levels then go down. A full 24 hours after a dose, oxycodone is no longer visible in the bloodstream. But traces can remain in urine, saliva, and hair.

Some sources suggest a clearance rate of four to seven days. This range for clearance rates confirms that other factors can affect how long the body takes to process the substance.

A positive result can confirm consumption, but not abuse. This is an important distinction that should inform any decisions made about the subject.

If there is evidence of a particular drug, the urine sample is sent to a lab for more testing. The lab confirmation is necessary because the following can cause false positives and affect at-home drug test results:

Although largely reliable, lab tests are not definitive. Some cases require more testing for fair and accurate results.

How Long Does Oxycodone Stay in Your Saliva?

Metabolites (substances created because of the metabolism of the drug) remain present in saliva as long as four days after the last use. According to a study by SAMHSA, it takes between 15 and 30 minutes for oxycodone to appear in the blood. The same goes for the drug’s appearance in oral fluid or saliva.

How Long Does Oxycodone Stay in Your Hair?

Oxycodone can be found in hair for as long as three months after ingestion. Some employers, medical or forensic drugs of abuse screening tests use hair follicles. These tests will only show negative results after at least 90 days have passed.

In conclusion, urine and hair tests have longer windows of detection. Although some products advertise being able to remove opioids from the body, these claims should be taken with a grain of salt. It is very difficult to detox to the point of being able to pass a drug test.

How Does Oxycodone Affect the Digestive System?

Opioid receptors don’t just exist in the brain and central nervous system. They are also found in the gastrointestinal tract. The presence of opioid receptors in the gut can lead to nausea in first-time users. It also leads to a common side effect – constipation.

Opioids slow the squeezing movement used to push waste through a person’s system. They tighten muscles that should be open to allow waste to pass. The slow-down in the gut causes the intestines to absorb too much water. This makes going to the toilet difficult.

Some opioids cause fewer intestinal issues than others. Any digestive issues experienced when taking pain-killers should be addressed with a doctor. Staying hydrated can help, as can gently exercise.

Oxycodone is a dangerous drug if it is intentionally or accidentally misused. Alternative pain relievers can be prescribed to reduce the risk of unwanted side effects.

If you or someone you know may be addicted to oxycodone or another opioid, speak to a doctor. It is possible to break the cycle of dependence with therapy and treatment.

You might require supervised management of withdrawal symptoms. Whatever your situation, help is within reach.