There are several physical signs of a heroin overdose, which include pinpoint pupils, pale skin, and a limp body. Calling 911, administering breathing techniques, and supplying naloxone are the best chances of treating an opioid overdose. 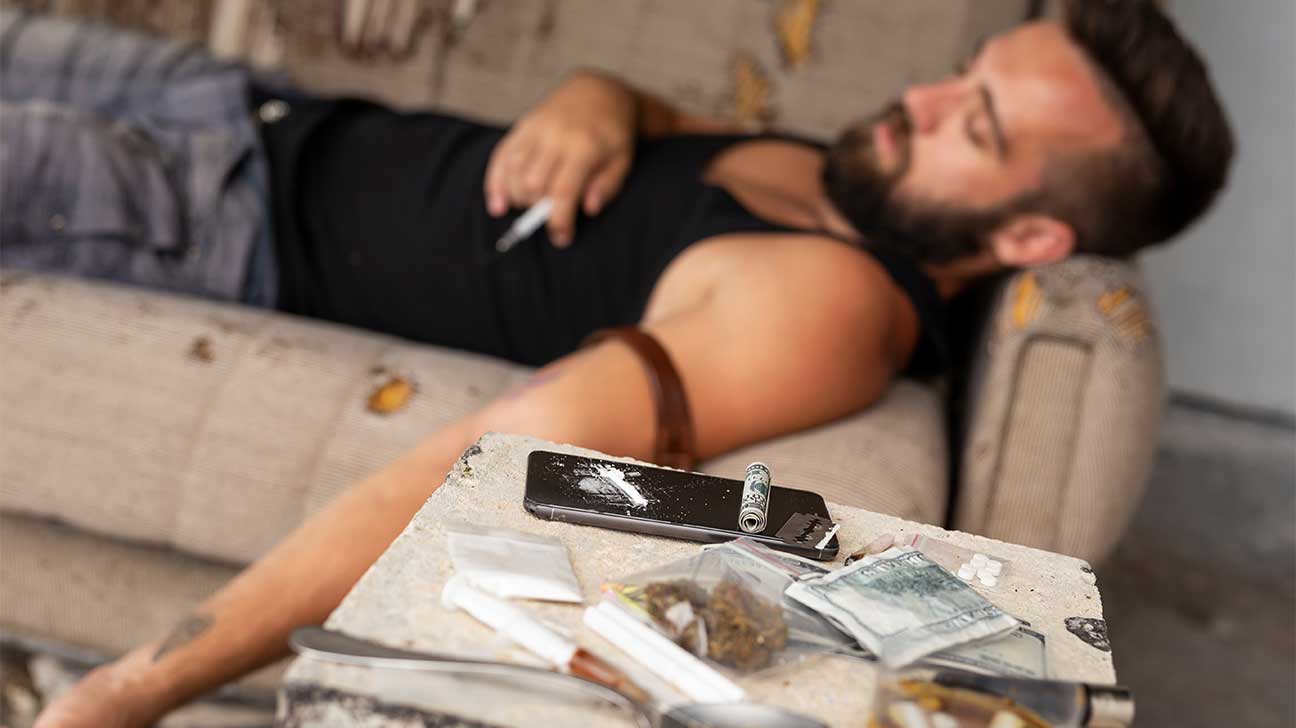 Identifying the signs of a heroin overdose versus signs of heroin use can be the difference between life and death.

There are many physical and mental signs of a heroin overdose.

Some physical signs of a heroin overdose are:

Heroin overdoses are life-threatening but don’t have to be fatal when the proper steps are taken.

Addiction treatment options such as medication-assisted treatment and group counseling for heroin abuse are the number one way to prevent drug overdoses.

The physical signs of a heroin overdose fall under the opioid triad, which describes overdose symptoms for synthetic opioids and opiates that come from the opium poppy plant.

The opioid triad is pinpoint pupils, unconsciousness, and respiratory depression.

Opioids of abuse that may exhibit physical symptoms under the opioid triad include:

Opioids stick to opioid receptors in the central nervous system and other important parts of the body. This causes heroin to feel like a rush of euphoria and relaxation.

Once the short-term side effects of heroin wear off, withdrawal symptoms and cravings settle in.

This is how physical dependence and mental health problems grow, such as a heroin addiction.

Someone with a substance use disorder has an increased risk of overdose because constant opioid use builds tolerance quickly.

Other risk factors — such as what heroin has been cut with, if other drug abuse is occurring, and the type and purity of heroin — can also increase the chance of a heroin overdose.

One of the main signs of a heroin overdose is pinpoint pupils, otherwise called “heroin pinpoint” or “heroin eyes.”

In the case of a heroin overdose, pupils become very small and constricted, almost to the thickness of a nickel.

Another common sign of a heroin overdose is the body and face becoming pale, along with a clamminess of the skin. The body may also turn cold.

The lips, fingernails, and skin of someone experiencing a heroin overdose may turn blue. Usually, the lips and fingertips turn blue first.

Breathing is usually very slow, shallow, or in some cases, has stopped completely during an overdose.

Shallow or slowed breathing is a result of heroin changing activity in the brain stem. This is where body functions such as breathing and heart rate are controlled.

Heroin slows down body functions, including your pulse. Blood pressure will also drop.

Feeling for a pulse can be one of the best ways to spot a heroin overdose. If the pulse is very weak, your loved one may have overdosed.

A limp body is typically a result of someone falling asleep, or, in the case of a heroin overdose, becoming unconscious.

Sometimes, someone might not be fully unconscious but still won’t respond to extreme stimuli like yelling or rubbing. They may also exhibit extreme drowsiness or “heavy nodding.”

A “death rattle” is characterized as an exhaled breath with a very loud sound coming from the throat. This can sound like a deep snore.

How To Respond To A Heroin Overdose

But while they’re on their way, there are steps you can take to help rescue someone experiencing an overdose.

Steps to treat an overdose:

The best way to avoid a drug overdose is to get help for drug addiction.

Healthcare providers can provide detox and monitoring for someone still active in drug use.

Spring Hill Recovery Center can help you or a loved one with our inpatient drug rehab program in Massachusetts for heroin use and other substance use disorders.

Reach out to a treatment specialist today to learn more about our accredited addiction treatment facility.