Injecting or “shooting” heroin is the most dangerous way to administer this synthetic opioid. Not only does it increase the risk of overdose, but also traumatizes the skin around injection sites, creating what’s known as “heroin sores.” 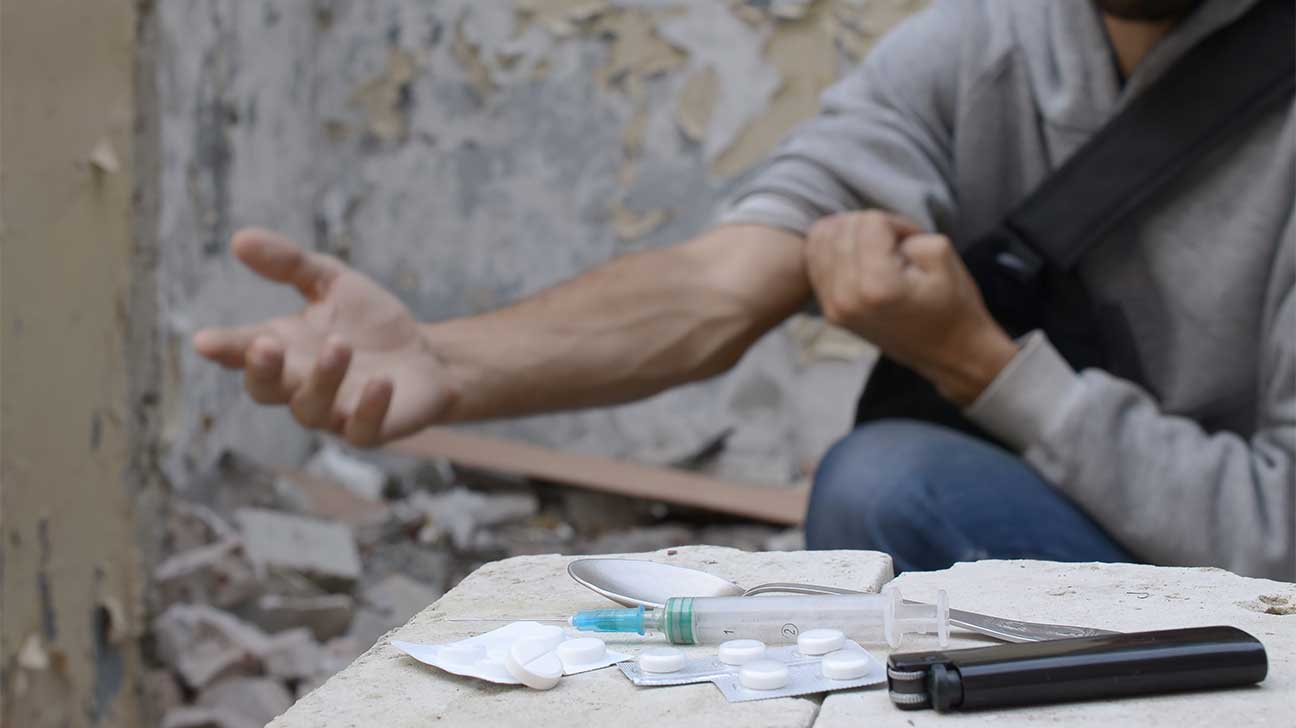 Heroin sores are often exposed to bacteria and prone to various infections due to unsterilized paraphernalia, specifically needles and syringes that can carry germs and blood-borne viruses.

The wounds sustained from injecting heroin often do not heal before the next injection or “shot.”

Soft-tissue infections are the most common skin disorders among people who regularly inject heroin. People who share needles are much more predisposed to infections and viruses.

There are a variety of bacterial infections that are caused by injections with unsterile needles:

Any of these infections may be referred to as a type of heroin sore. These soft-tissue infections are key physical signs of heroin use or addiction.

What Is Heroin Arm?

“Heroin arm” is another type of heroin sore from injection drug use.

As heroin addiction progresses, higher doses are needed more frequently to obtain the same effects as before when the body’s tolerance for heroin was significantly lower.

Eventually, even those who started out smoking or snorting heroin will resort to injecting it, as this is the quickest and most efficient method. Most people start by injecting their arms.

When the same veins get injected repeatedly in the same spots, they start to harden and develop scar tissue, called track marks. This scarring is what is referred to as “heroin arm.”

Causes Of Heroin Sores And Infections

When heroin sores from injections don’t heal properly and are repeatedly exposed to bacteria from unsanitized needles, they can easily get infected and the infection spreads if left untreated.

Risk factors that contribute to the contraction of infections and diseases depend on:

The use of unsterile needles and contaminated syringes for heroin injection also causes the contraction of chronic and potentially life-threatening viruses: hepatitis B, hepatitis C, and HIV.

People who deal with substance abuse problems like heroin dependency and go through withdrawals will often experience short-term weight loss from a lack of nutrition.

Intravenous heroin use, or injecting heroin into blood vessels, puts people at high risk of getting heroin sores from bacterial infections, viruses, and diseases when unsterile needles are used.

The type of heroin used for intravenous injections can also be a risk factor. Some impurities, contaminants, diluents, and other illegal drugs found in heroin can exacerbate infections.

Quinine is an adulterant and irritant often cut with heroin, which can be a contributing factor to heroin sores, infections, and toxic shock syndrome.

Skin popping black tar heroin increases the risk of having wound botulism, a serious illness that occurs when an infected wound grows a toxin that attacks the nervous system.

Heroin injections in the muscle are also prone to getting infected when done with used or shared needles, particularly when black tar heroin is used.

Itching is a common side effect and one of the symptoms of heroin addiction that causes skin picking, a compulsive behavior that affects mental health and exacerbates open wounds.

Skin picking or skin-picking disorder can worsen with increased stress and anxiety during active addiction and cycles of withdrawal.

Picking and scratching at heroin sores can cause permanent scarring.

Treatment Of Sores And Infections From Heroin Injection

Sores and other wounds caused by heroin injections should be treated as soon as possible to prevent infection or the spread of infection. Infections are typically treated with antibiotics.

In more complicated and advanced cases, infections can spread to major organs such as the heart or lungs, causing pulmonary infection and sepsis, which are life-threatening conditions.

Once the severity of the infection is assessed and diagnosed, treatment often entails antibiotic therapy, surgical intervention, or more invasive and advanced procedures.

When someone is afflicted by severe infections from heroin sores, they often receive medical advice about getting treatment for their heroin addiction.

It’s best to overcome heroin addiction at a hospital, detox center, or addiction treatment center under the supervision of healthcare providers and addiction specialists.

Fortunately, there are addiction treatment programs that help people get on a path to recovery. We provide a variety of treatment options such as inpatient drug rehab and outpatient programs.

If you are concerned about a loved one showing signs of heroin use, call Spring Hill Recovery Center to get information about recovery options today.