What Is Synthetic Heroin?

Synthetic heroin refers to the man-made opioid drug; however, heroin is a semi-synthetic drug and is not fully synthetic. There has been an increase in novel synthetic opioids circulating the illegal drug market in place of heroin, including but not limited to various analogs of fentanyl. 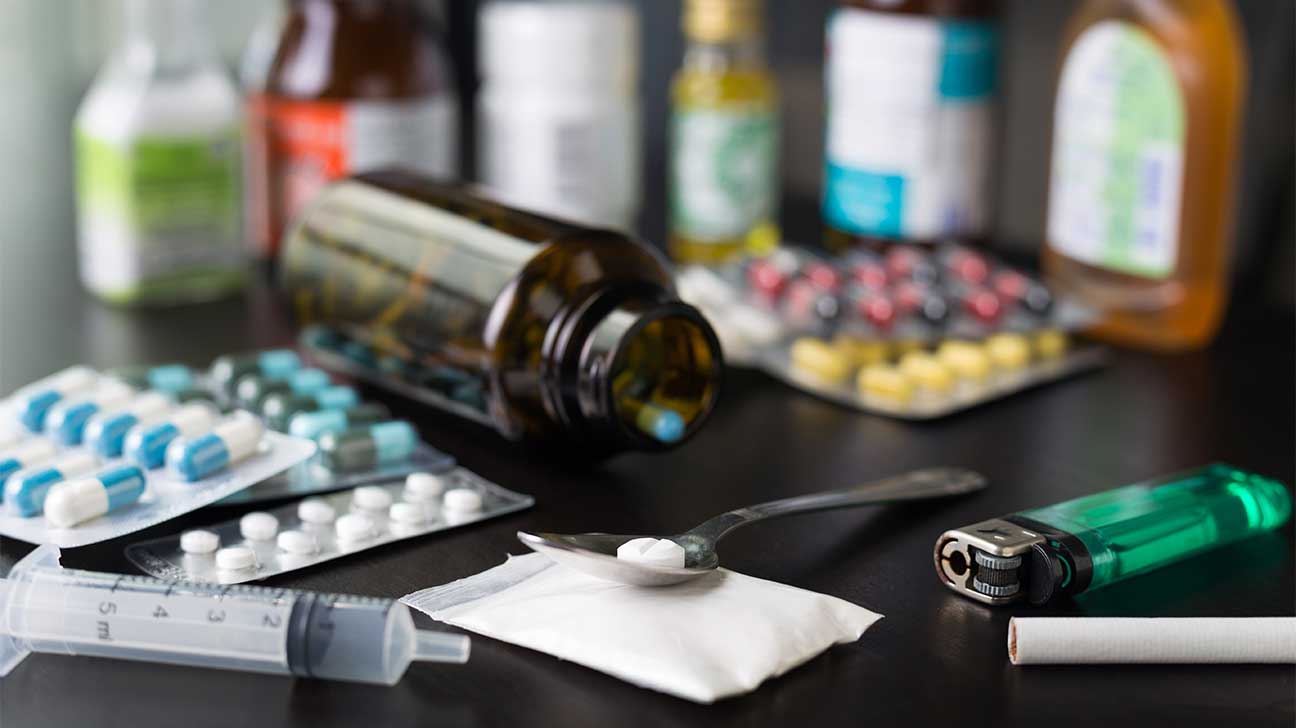 Heroin is a semi-synthetic opioid drug derived from morphine and often mixed with other synthetic or prescription drugs.

Heroin may at times be referred to as “synthetic heroin” but it is semi-synthetic, meaning it’s made by chemically altering a naturally occurring substance (morphine).

There is a long history of heroin overdose, abuse, and addiction due to its high potency and addictive nature.

Despite efforts of law enforcement to control the illegal drug trade, the opioid crisis in North America continues to evolve as new synthetic opioids in addition to heroin are circulated.

Opioids can be naturally derived or chemically synthesized to reproduce or amplify the analgesic effects of prescription opiates and pain relievers.

All heroin, even in its purest form (such as the white powder variety), is a partially synthesized and chemically modified version of morphine, a natural opioid and historical pain medicine.

Morphine, codeine, and opium are natural opiates that originate from opium poppy plants. Heroin is considered a semi-synthetic relative of the immediate opioid family.

Semi-synthetic heroin derives from morphine but contains inorganic chemical compounds and additives that may be difficult to detect.

It is often cut with fentanyl, a stronger substance of abuse, usually without the knowledge of the consumer.

Fentanyl is a synthetic opioid that is substantially more potent than semi-synthetic heroin and greatly increases the risk of heroin abuse, addiction, and fatal drug overdose.

There has been a recent increase in novel synthetic opioids and fentanyl analogs, such as carfentanil, which are even stronger, deadlier, and more readily available at low costs.

A recent emergence in the number of non-fentanyl synthetic opioids has spiked numbers of overdose deaths among people affected by opioid addiction and exacerbated the opioid epidemic.

But this is indistinguishable from other synthetic opioids such as fentanyl, and alternative drugs of abuse such as methamphetamine.

There are ways to identify heroin by color, smell, and taste, but there is no way to discern heroin that has been laced with fentanyl, carfentanil, or analogs of these.

How Is Synthetic Heroin Made?

Heroin is a chemically processed version of morphine, which is derived from opium. Opium is a product of poppy seeds, harvested from mature poppy plants and refined in foreign laboratories.

It is difficult to track exactly where heroin comes from, but it is known to be imported into the U.S. from certain parts of the world, where it is then trafficked nationwide through illicit channels.

How Is Synthetic Heroin Abused?

Synthetic heroin use may include snorting, smoking, or injecting.

Opioids bind to opioid receptors in the brain and numb pain.

Heroin and other synthetic opioids are cheaper alternatives to prescription painkillers but have the same analgesic and psychotropic effects.

When opioids are used for extended lengths of time, the body’s tolerance increases and becomes dependent, resulting in substance use or opioid use disorder.

Natural and synthetic opioids have the following side effects on the mind and body:

In the event of an overdose, the drug naloxone is used as an antidote to counter the effects of heroin or opioid overdose.

Methadone and buprenorphine are semi-synthetic opioids that are prescribed to minimize withdrawal symptoms from heroin cessation and detoxification as part of a drug rehab program.

Recover From Heroin Addiction In Massachusetts

If you or your loved one are recovering from an opioid abuse disorder or heroin addiction, substance abuse treatment options in Massachusetts are available.

We provide a range of care levels for drug use, including specialty services, evidence-based mental health therapies, and medications for managing withdrawal symptoms.

Call Spring Hill Recovery Center today to learn about our addiction treatment programs and start your journey to recovery from heroin abuse.