Cocaine abuse can ramp up at a rapid rate. The cocaine comedown timeline can be just as intense, but is staggered in three phases as the brain restabilizes and the body recovers. 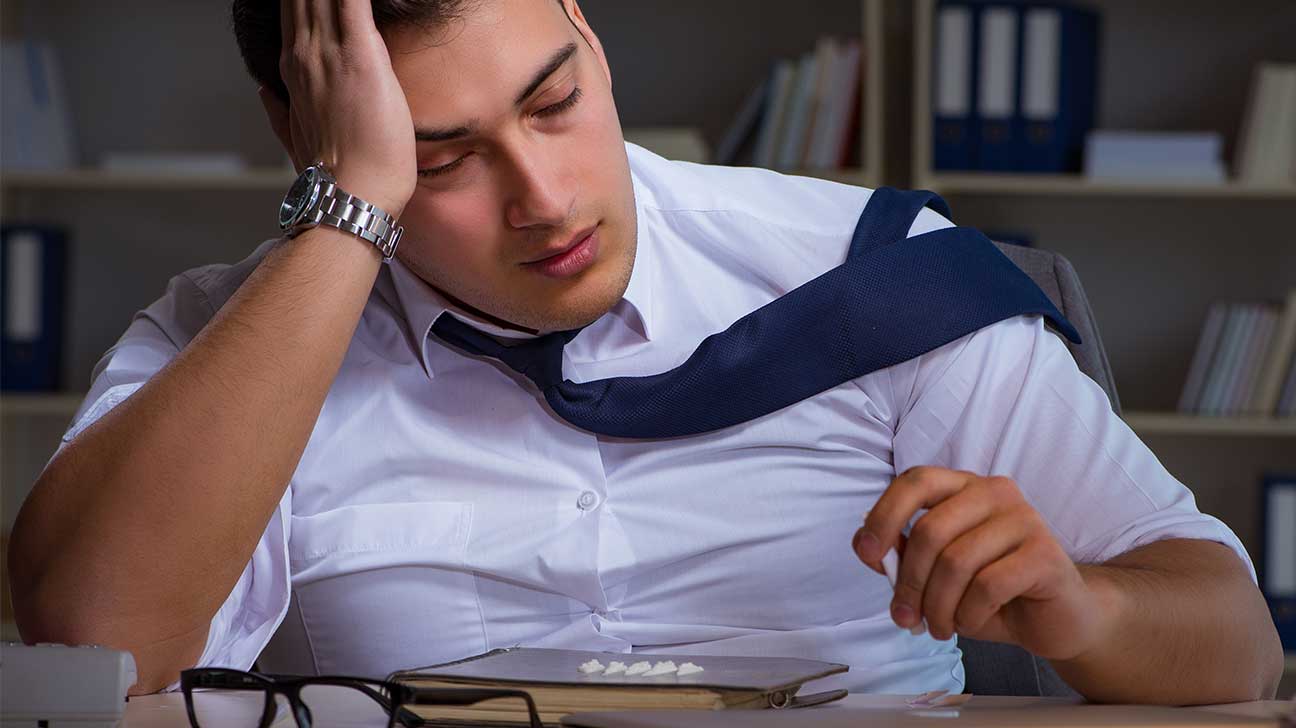 Cocaine is a stimulant drug that causes dopamine to flood the brain. When dopamine levels abruptly crash down, the mind and body immediately crave more cocaine to resupply dopamine.

Every time the body and mind start to experience cravings, this is an indication of cocaine comedown, which entails a three-phase emotional and physical crash

The crash, along with prolonged withdrawal symptoms and persistent drug cravings, are what perpetuate the cycle of stimulant abuse, thereby culminating in cocaine addiction.

What Is A Cocaine Comedown?

As soon as the body senses the depletion of cocaine, it begins to go through phases of detox and withdrawal. Initially there is a crash, followed by withdrawal, then post acute withdrawal.

The longer cocaine is abused, the longer the cocaine comedown will take. It also varies depending on health factors such as age, tolerance, and pre-existing conditions.

What Is The Rebound Effect?

When the body starts detoxing and withdrawing from cocaine, the brain immediately attempts to re-establish balance, or homeostasis, the way it was before it became dependent on cocaine.

Due to the intensity of chemical imbalances and dopamine depletion, it takes time for balance to be restored in the brain. The rebound effect is what occurs as the brain restores homeostasis.

This rebound effect causes mental and physical symptoms that can be difficult to tolerate. This triggers intense cocaine cravings to relieve discomfort and restore balance.

The Timeline Of A Cocaine Comedown

A cocaine comedown may begin about six to 12 hours after your last dose of cocaine and occur in three phases: the initial crash, withdrawal, and post-acute withdrawal.

The signs and effects of cocaine comedown are reflective of the toll that cocaine abuse and withdrawal takes on mental and physical health, and the length of time it takes to restabilize.

One of the most common symptoms of crashing from a cocaine binge is physical and mental fatigue. This is due to chronic sleep deprivation and overexertion caused by cocaine addiction.

Mood swings and symptoms of depression are also commonly experienced in the initial phase of a comedown, as a result of the sudden deficiency of dopamine in the brain’s reward system.

Dopamine deficiency and exhaustion can cause a variety of mental and neurological symptoms typical of a cocaine crash within the first 72 hours of complete abstinence.

Some of these symptoms include:

Cravings are a common neurological and physiological response to the sudden chemical changes caused by stopping cocaine use.

These symptoms can improve with abstinence and therapy at an inpatient drug rehab center or outpatient addiction treatment program.

Following the crash and initial withdrawal phases, symptoms may persist and worsen depending on how efficiently the mind and body are recovering.

The second phase of the cocaine comedown involves a number of physical and mental symptoms lasting a few days.

During phase 2 (peak withdrawal), you may experience:

PAWS typically lasts one to two weeks, but may last longer depending on the person, frequency of use, and amount of the last dose.

Some of the symptoms in phases 1 and 2 that may persist in phase 3 include:

Post acute withdrawal syndrome can last weeks, months, and even years after medical detox and preliminary withdrawals, sometimes due to a complex history of drug abuse and co-occurring disorders.

Depression is a potentially serious side effect of cocaine withdrawal that if left untreated, can develop into life-threatening mental issues, such as suicidal thoughts and self-harm behaviors.

Severe cases of depression may need to be clinically diagnosed and treated with antidepressants, in addition to inpatient addiction treatment and intensive outpatient programs.

Recovering from a cocaine addiction is not an easy process, and is most effectively treated in a therapeutic treatment center that is conducive to abstinence and positive sobriety.

If you or a loved one is dealing with a cocaine addiction, consider finding them an addiction treatment program for cocaine where they can be cared for by medical professionals.

At Spring Hill Recovery Center, we believe in an empathetic and individualized approach to recovery. We provide a variety of drug treatment options to choose from.

Call our helpline to speak with an addiction specialist and learn more about the resources, services, and support we can provide for someone who wants to live a life free of addiction.