How To Identify A Cocaine Tray

A cocaine tray is used to cut up lines of powdered cocaine. It’s then snorted through the nostril using a tube-like object. Cocaine trays can be a smooth surface where cocaine can be easily handled and won’t dry, such as a glass mirror or small metal tray. 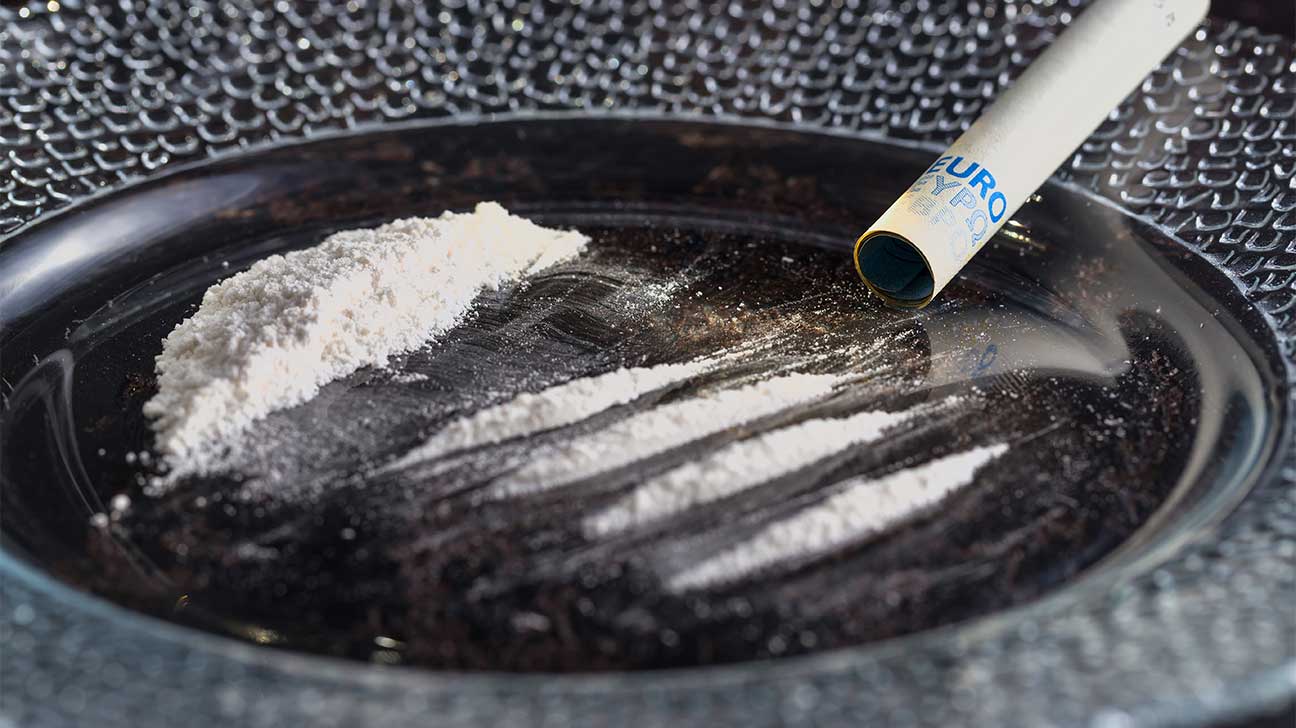 Cocaine abuse can be done through various routes of administration, including injecting, smoking, or its most common form, snorting.

There are many different cocaine accessories and paraphernalia. A cocaine tray is used along with a tube-like object to administer cocaine through the nose.

Various items and surfaces can be used to place cocaine upon. Once cocaine enters the brain, it delivers a rush of energy, along with other side effects.

What Is A Cocaine Tray?

Most commonly used types of cocaine are bought on the street in a powder, flake-like form.

When snorted, cocaine is typically cut up into evenly divided lines for administration through the nose.

A cocaine tray, or “coke tray,” is any smooth surface that can be used to cut cocaine lines. Cocaine trays are used for easy handling of powdered cocaine.

Typically, a cocaine tray will be made of a smooth and cool material, like glass, metal, tin, or plastic.

This prevents cocaine from sticking to the surface, and increases the visibility of the drug. A cool surface will also stop the cocaine from clumping and moisturizing.

What Can Be Used As A Cocaine Tray?

Many different objects and surfaces can serve as a cocaine tray. There are portable and small trays that are bought online or in head shops.

Some of these are drug-themed, comedic, or make references to pop culture items, such as Coca-Cola. In its early history, cocaine was a main ingredient in the soda.

Everyday items are used as cocaine trays as well. There are many surfaces and objects in a house that people use to place cocaine on.

Items/surfaces used as a cocaine tray are:

Other Common Cocaine Accessories And Paraphernalia

There are several other cocaine accessories and paraphernalia used to snort, transfer, and hold cocaine.

A tube-like object will be needed to transfer cocaine through the nostril. Typically something made out of paper, plastic, or metal is used to break down cocaine and form it into lines.

Some accessories are used to snort cocaine in a different way. Instead of creating lines from powdered cocaine, one might take a “bump,” or small dose, of cocaine.

Taking bumps usually happens when cocaine use needs to be done discreetly, such as at a concert or social gathering. This method is also used when other paraphernalia isn’t available.

Some take bumps by placing a small amount on the backside of the hand and snorting. However, there are accessories for bumps as well.

Common items to take bumps of cocaine with are:

Signs And Symptoms Of Cocaine Use

Cocaine abuse and the use of drug paraphernalia come with many recognizable signs and symptoms.

Used paraphernalia usually has white cocaine residue leftover on it, or may be scratched, burnt bent, or worn.

Cocaine use can be identified by a number of physical, mental, and behavioral short-term effects.

Signs and symptoms of cocaine use:

Cocaine addiction treatment can help you or a loved one recover from a substance use disorder.

Reach out to a specialist today to learn more about drug and alcohol rehab centers in Massachusetts and recover from cocaine or crack cocaine addiction.