Can You Smoke Cocaine? 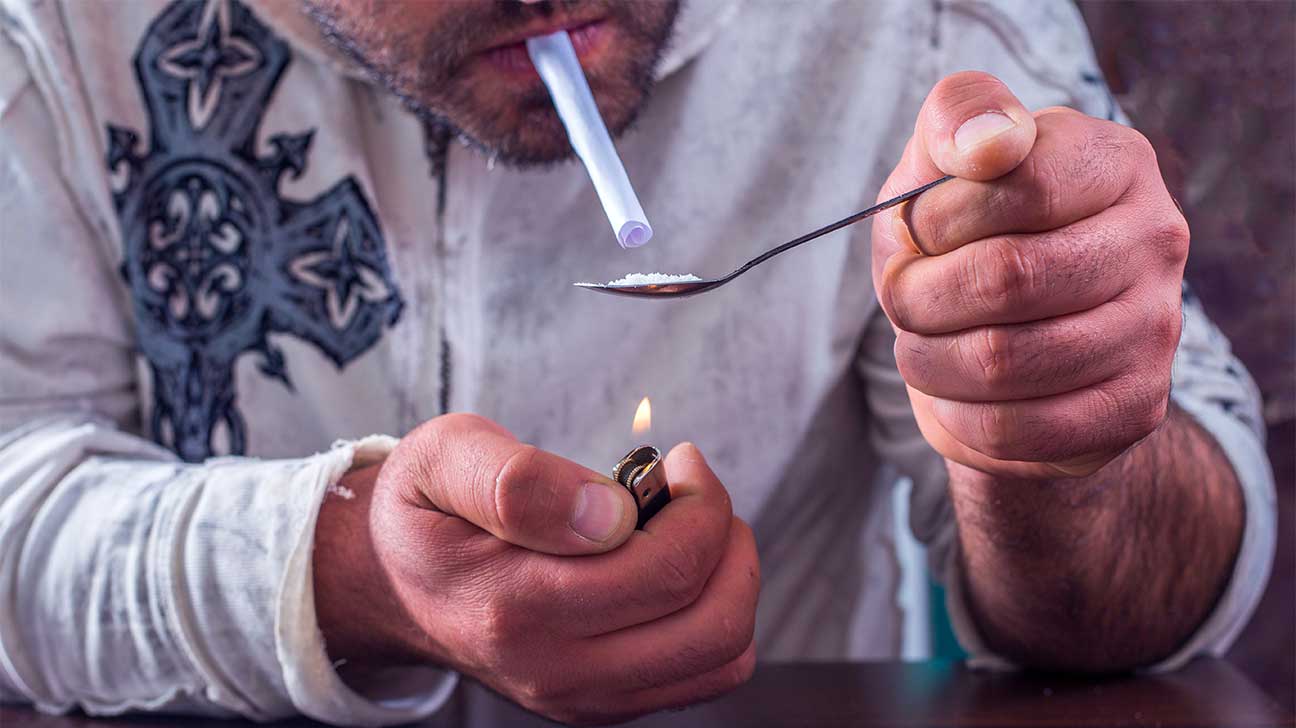 Cocaine is a common drug of choice among people who have a substance abuse disorder.

It’s an illegal stimulant drug made from the leaves of the coca plant, and its use often leads to cocaine addiction and various other health risks.

Often, people consume cocaine by snorting or injecting it. However, cocaine may also be smoked.

Learn more about this method of cocaine abuse below.

How And Why Cocaine Is Smoked

Smoking is a popular form of drug use. People may smoke cocaine with paraphernalia such as a glass pipe or by putting cocaine on top of a piece of foil and heating the foil from underneath.

Someone with a drug addiction may use this method because it works quickly. Smoking cocaine creates a powerful high within minutes.

However, powder cocaine, or cocaine hydrochloride, is not smoked easily. Its chemical makeup prevents it from heating effectively or producing smoke.

Before cocaine can be smoked, a person must convert it into a smokable form, either by freebasing it or turning it into crack cocaine.

Many people use “freebasing” and “smoking” interchangeably when referring to cocaine. In technical terms, however, freebasing cocaine is a very specific process.

Freebasing uses ether to separate, or “free” cocaine from its sodium base, which is how freebasing got its name.

This process turns powder cocaine into a smokable substance.

However, this method creates a high risk of combustion, so it has fallen out of favor in recent years.

More often, people smoke cocaine by converting it to crack cocaine, a substance that heats more efficiently than cocaine in its original form.

Crack is a form of cocaine that is mixed with baking soda and converted into small, smokable rocks.

Because cocaine hits the bloodstream quickly when smoked, the effects of cocaine can arrive almost immediately.

Some of the effects of cocaine include short-term effects. These side effects may occur at any time a person uses cocaine, whether or not they have used cocaine in the past.

Some of the short-term effects of smoking cocaine include:

Some of the long-term effects of smoking cocaine include:

Smoking Cocaine Vs. Other Methods

Some people may smoke cocaine as a form of harm reduction, or to avoid the risks associated with other forms of cocaine administration: snorting and injection.

Snorting cocaine involves arranging powder cocaine into a “line,” and then inhaling that line through a straw or similar tool.

This method of cocaine use can damage the mucous membranes and create nosebleeds, so some people may switch to smoking to avoid these issues.

Find more information on the nose and cocaine abuse.

Injecting cocaine is the most dangerous form of cocaine use. After mixing cocaine into water, people may inject the mixture using a needle and syringe.

In addition to hepatitis, this method creates a risk of other infectious diseases, including HIV. It can also cause long-term vein damage.

Remember, though, that smoking cocaine has risks of its own, particularly lung-related issues.

Although harm reduction certainly has merits, the best medical advice for preventing these risks is for people to seek addiction treatment.

Find Addiction Treatment After Cocaine Use

Smoking cocaine creates a high risk for cocaine addiction. Although addiction is a complicated disorder, cocaine abuse can be treated.

Like all forms of substance use, cocaine use can be treated with several interventions, including detox, inpatient addiction care, and outpatient substance abuse counseling.