What Are Cocaine Eyes? Does Cocaine Dilate Your Pupils? 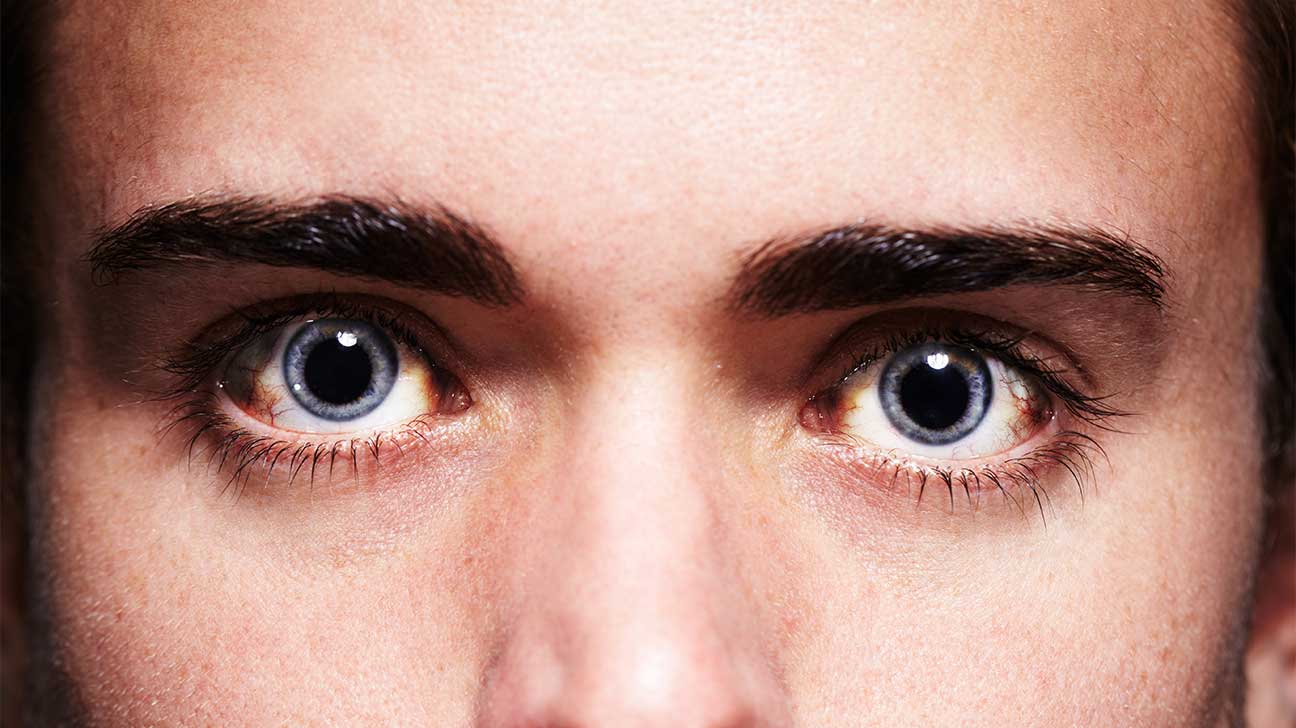 So-called “cocaine eyes” are a well-understood phenomenon of cocaine use. Cocaine eyes refers to eyes that are very large and dilated.

While this short-lived effect is well known, the other eye problems this drug can cause are less known by most.

To learn more about what effect cocaine use has on the eyes, read on.

Cocaine’s Effects On The Eyes

Cocaine’s short-term and long-term side effects on the eyes can vary greatly in severity. It can also cause side effects to the eyes indirectly, by affecting other areas of the body.

One of the long-term effects of cocaine use is damage to the liver, which can cause jaundice. Jaundice is yellowing of the eyes and surrounding skin.

Read on to understand other effects on the eyes.

Dilated pupils are a common side effect of cocaine substance use.

When associated with the physiological reaction, enlarging the pupils serves the function of letting more light in to be processed by your eyes, allowing you to see your surroundings better.

When associated with substance abuse, having “cocaine pupils” means that the dilation is forced, and pupils are kept open for minutes at a time.

Allowing this much light into a person’s eyes at once can damage the eyes in some cases.

Cocaine abuse can lead to myasthenia gravis, a condition that involves weakening or rapid fatigue of muscles such as those that control eye movements.

The use of cocaine can cause uncontrolled, repetitive eye movements called nystagmus.

This can occur after cocaine use has destroyed the muscles, nerves, and brain tissue that control the eyes. These patterns of eye movements can result in reduced vision and depth perception.

Blurred Vision And Changes To Sight

As use continues, all of these effects on the eye can also mean changes in sight. For example, snorting cocaine has been associated with loss of color sensitivity.

Glaucoma is a group of eye conditions that can damage the optic nerve and produce changes in the fluid pressure of the eye, leading to blindness or loss of vision.

Inflammation of the corneas, known as keratitis, can distort vision. Cocaine and crack cocaine abuse can cause this type of inflammation.

And in the case of a cocaine overdose, visual hallucinations may also occur.

Cocaine affects the heart in many ways. This can include increased heart rate, high blood pressure, and other issues with blood.

These heart problems then cause many health effects throughout the rest of the body, including the eyes. Blood vessels in the eye expand with this drug use, leading to a bloodshot appearance.

Bloodshot eyes can also come about due to irritation from smoke. Inflammation of the eyes is common when smoking cocaine, as the vapors can have an irritating effect on them.

The blinking reflex is suppressed by these fumes, exposing the eye to them even more contaminants, and therefore causing more irritation.

Chronic use of cocaine can result in a variety of problems in the tissues of the eye, optic nerve dysfunctions, and more.

Degeneration of the retina, known as maculopathy, is also associated with the use of cocaine. Retinal detachment can also occur.

Increased Risk Of Infections And Diseases

Long-term cocaine use can increase the risk of many eye-related infections, illnesses, and diseases.

Orbital disease can be common for people who use cocaine, as well as retinal vascular occlusive disease. Fungal infections have also been reported as a result of cocaine abuse.

The odds of developing one of these conditions is greatly increased when cocaine is laced with cutting agents, such as talcum powder.

Talc retinopathy is a yellow or white, crystal-like buildup on the vascular tissue of the eye when talcum powder is smoked or injected with cocaine.

Treatment options for cocaine abuse and mental health are available for you or a loved one at Spring Hill Recovery Center.

From drug detox to inpatient drug rehab, the trained addiction specialists at our New England treatment center can provide a full range of care.

Call our helpline today to discover how we can help you to recover from a substance use disorder.