Even a single dose of cocaine can cause sleep disruption. Cocaine interrupts sleep in several ways, including dopamine production and circadian rhythm disruption. 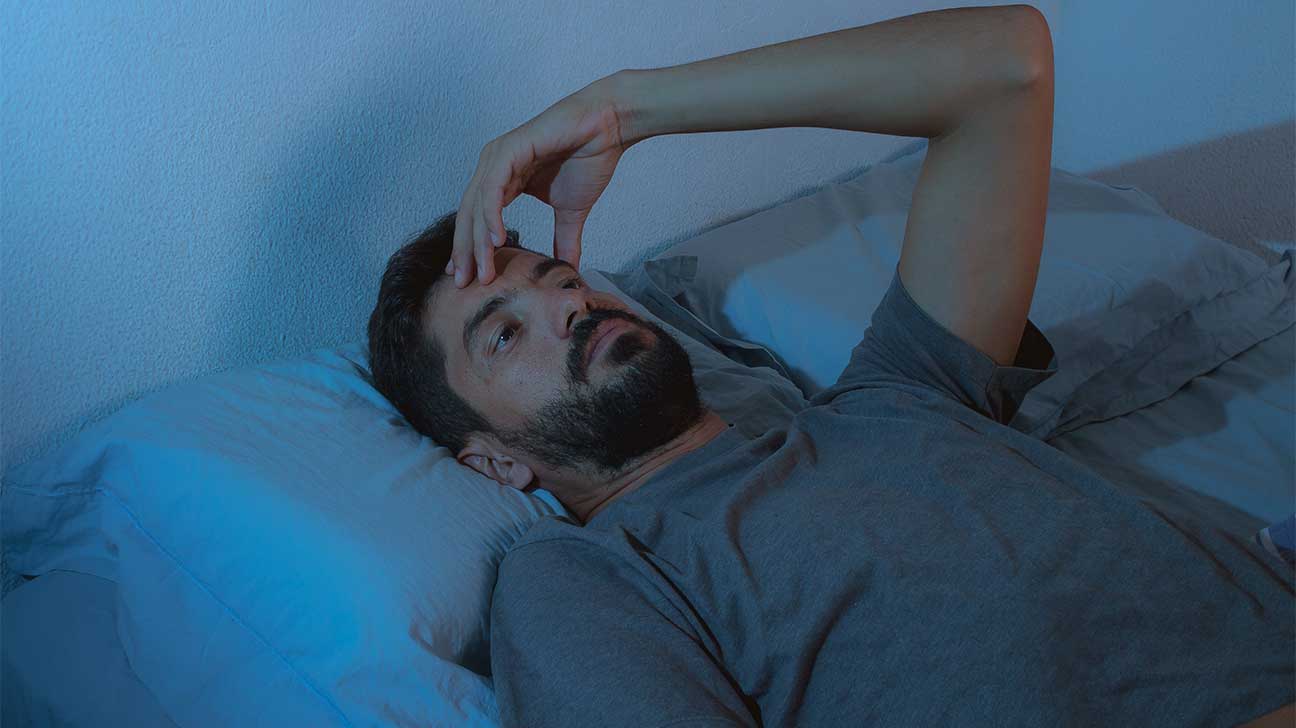 Cocaine is a powerful stimulant drug that often causes cocaine addiction. Often, people abuse cocaine because one of the effects of cocaine is wakefulness.

However, cocaine abuse doesn’t simply promote wakefulness in the short term. While a cocaine high may only last for 30 minutes, sleep issues may last much longer.

Cocaine use may cause poor sleep for several reasons. The biggest reason comes from how cocaine interacts with dopamine.

Dopamine is a neurotransmitter that affects motivation and alertness.

When dopamine attaches to a dopamine receptor, it causes feelings of happiness and accomplishment. This system helps reinforce positive behaviors such as exercising.

However, drug abuse hijacks this reward system. It blocks the reuptake of dopamine, prolonging euphoric feelings.

Cocaine dependence happens because the brain begins to rely on this process.

Mixing cocaine with alcohol or other drugs (such as cannabis, amphetamines, or opioids), can cause further complications because these substances also interact with dopamine.

Cocaine abuse may also cause long-term sleep disruption. It does so by interrupting the circadian rhythm.

Dopamine plays a part in the circadian cycle. Usually, the brain produces the most dopamine in the morning. At night, dopamine production slows down.

Drug use interrupts this process. Many people use cocaine in the evenings, so their brains experience a dopamine spike right when the brain should begin winding down.

Many hours later, often early in the morning, the brain may send signals that cause sleepiness instead.

A cocaine use disorder can create many withdrawal symptoms. These side effects of cocaine use often include sleep impairment.

For example, cocaine use can cause occult insomnia. During the early abstinence period of recovery, people often report that their sleep quality has improved.

Though total sleep time may increase, the early abstinence period reduces the quality of that sleep. This can cause sleepiness from cocaine use.

The third stage is called slow-wave sleep. At this point, brain waves are at their slowest. The fourth stage is REM sleep, or rapid eye movement sleep.

Much like alcohol abuse, cocaine use interrupts the final two stages. However, the brain’s neurons need both of these stages to work effectively.

When these stages are interrupted, the resulting sleep abnormalities can harm the person’s physical and mental health.

Some effects of sleep deprivation include:

How Do Doctors Treat Cocaine-Related Insomnia?

Generally, however, the best treatment for this kind of sleep deprivation is long-term abstinence from cocaine.

After the early abstinence period, people in recovery from cocaine addiction may experience worsening insomnia.

In fact, cocaine correlates to sleep issues for up to three weeks after stopping the drug.

By getting drug addiction treatment, especially from an inpatient drug rehab facility, someone with a cocaine addiction can receive sleep support alongside other forms of treatment.

Substance abuse can create many side effects and difficulties. However, substance use can be treated through proper care and evidence-based strategies.

If you or a loved one may have an addiction to cocaine, contact Spring Hill Recovery Center to learn more about your treatment options.