Short-term side effects of cocaine use can range from mild irritants to acute health concerns. Many of these worsen over time to become chronic, long-term health complications. However, many do respond well to treatment. 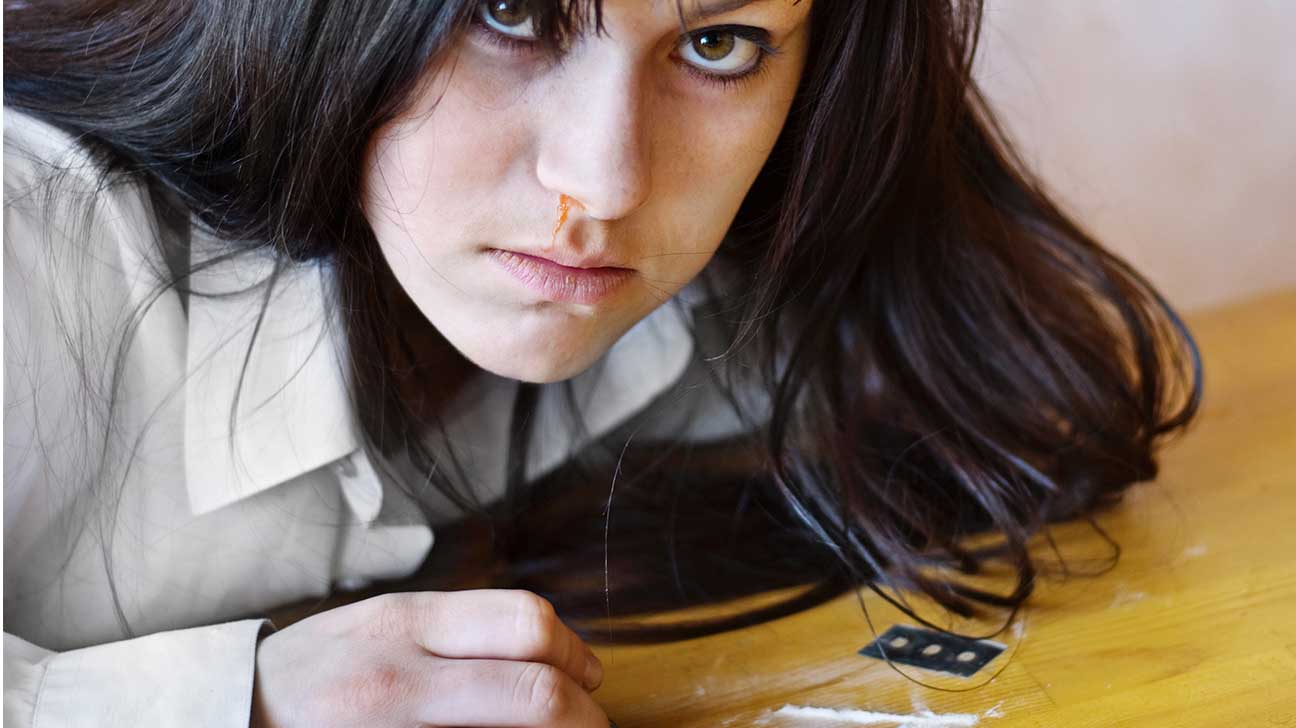 Cocaine drug addiction can have a wide variety of extreme effects on the body.

Cocaine may affect the heart, brain, gastrointestinal system, and much more in the short term. Read on to learn about some of the most common short-term effects of cocaine abuse.

Effects On The Heart

Cocaine’s effect on the cardiovascular system can have a full range of impacts, from mild to gravely severe.

Lower body temperatures are common with cocaine substance use in the short term due to decreased blood flow after use.

These serious side effects are often worsened when cocaine cutting agents are introduced to the body.

Many of these cutting agents can cause or increase inflammation of heart tissue, and even infection. This is especially the case when cocaine is injected into the veins.

Effects On The Brain

Because it affects neurotransmitters such as dopamine, cocaine has a significant impact on the brain.

Violent behavior is common with cocaine use, as the neural pathways are rewritten to favor cocaine over all other rewards and stimuli.

This is partially why cravings occur, worsening the period of cocaine withdrawal.

Cocaine-induced psychosis can also be a side effect of this drug. However, all of these neurological changes can respond well to substance abuse treatment and forms of therapy.

Effects On The Intestines

Gastrointestinal side effects of cocaine use are very common, such as nausea, abdominal pain, and more.

This is often due to decreased blood flow coming from the heart, as it can have a profound effect on this area of the body.

Additionally, there are cases of attempting to smuggle cocaine by wrapping the substance is some form of containment, such as a balloon or condom.

If this containment is damaged, cocaine is then directly introduced to this area. This can cause serious health complications, including collapse and even sudden death.

Effects On The Eyes

As mentioned, cocaine is a stimulant drug. Stimulants can cause the fight or flight response to become engaged.

This has many effects on the body, including dilating or enlarging the pupils. This is so common that dilated pupils from cocaine use are often called “cocaine eyes.”

The effect is short-lived and may take a few minutes to appear, depending on how cocaine is ingested. Typically, the faster the method of ingestion, the faster your pupils will dilate.

Effects On The Mouth And Jaw

Stimulant drugs can cause muscle twitches in the jaw. When this occurs, these sporadic spasms of the mouth are called “cocaine jaw“.

These twitches can eventually lead to long-term oral health problems, such as teeth grinding disorders, even to the point of dental erosion.

Mouth problems associated with cocaine use are often heightened when the method of ingestion is via rubbing cocaine on the teeth and gums.

Cocaine abuse and weight loss go hand in hand. As a stimulant, cocaine can increase your metabolic rate, causing you to burn more calories. Stimulants also tend to suppress appetite.

Weight loss can be a long-term effect of cocaine use, but signs of weight loss start appearing quickly after a person’s first use.

Studies suggest that cocaine interferes with fat storage in the body much more than other stimulants.

Effects On The Rest Of The Body

The side effects described do not encompass all of the possible symptoms of cocaine use.

Other side effects of cocaine abuse can also include:

For both mental and physical effects, these situations often become worse over time. High doses of cocaine also increase the risk of developing these poor health outcomes.

But for many of these side effects, whether long-term or short-term, treatment is possible.

New England’s Spring Hill Recovery Center offers cocaine treatment programs that will help you or a loved one through cocaine withdrawal and detoxification.

Whether you’re looking for an inpatient rehab program or outpatient program, our treatment center can help. Call our helpline today to get started.