Some of the most commonly used types of cocaine are variations of pure cocaine and are distinguishable based on their chemical make-up, physical properties, ingredients, and effects. 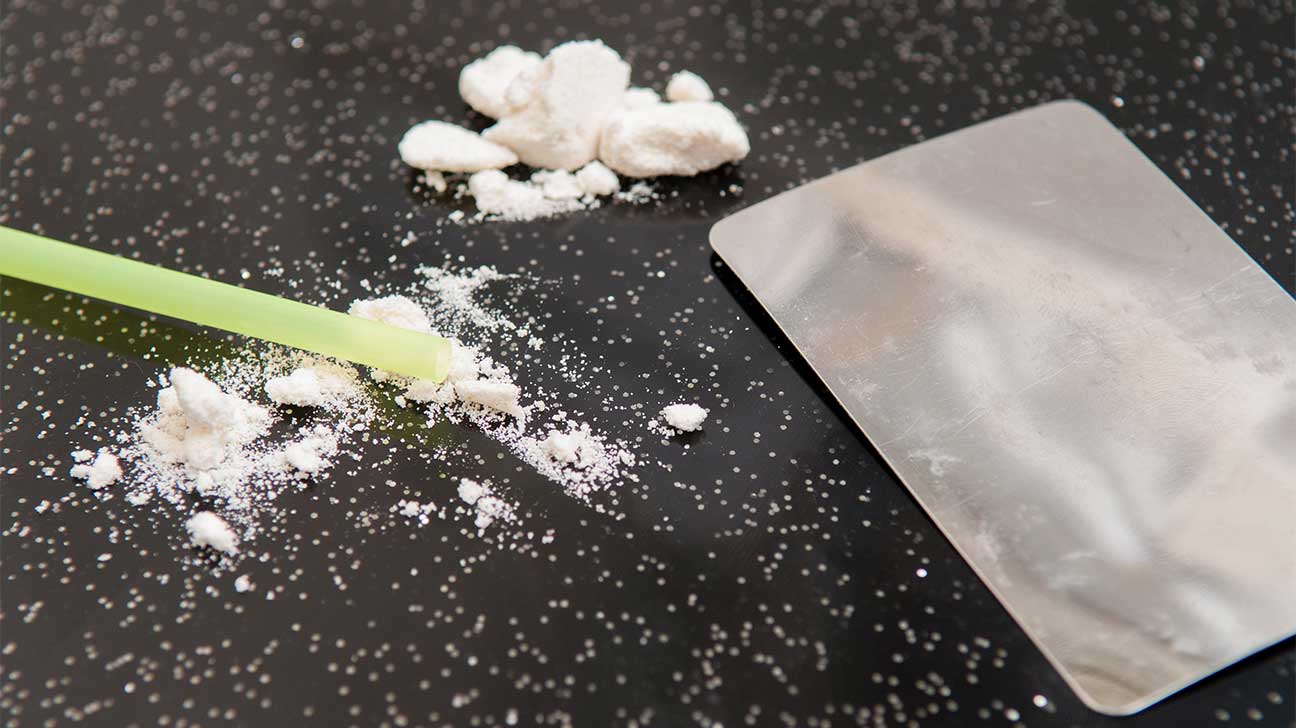 The most commonly used types of cocaine are all derivatives of naturally grown coca plants, and they all have high abuse liability that can lead to cocaine addiction.

Beyond that, each type varies in purity and undergoes different chemical processes that remove the final product further at varying degrees from its natural derivative state.

Continue reading to learn about each of these forms of cocaine.

Cocaine hydrochloride salt is the chemical form of cocaine, a natural alkaloid chemical extracted from coca leaves. It is a Schedule II controlled substance that is legal only for medical purposes.

The medical use of cocaine hydrochloride includes applying it topically as a local anesthetic to numb pain or discomfort in localized areas for eye, ear, mouth, and throat surgeries.

The typical concentrations of cocaine hydrochloride topical solutions are 1%, 4%, and 10%. Its clinical use may be limited in some cases due to the high abuse liability of cocaine.

Cocaine hydrochloride is also regularly traded on illegal drug markets as an illicit stimulant drug of high demand. Cocaine is one of the most commonly abused drugs in the U.S.

Cocaine is abused for the euphoric effects it produces, by causing large amounts of dopamine to accumulate in the brain. Dopamine neurotransmitters correspond with reward and pleasure.

Most street cocaine comes from coca plants in South America. It’s then manufactured in clandestine laboratories and trafficked into the U.S. from Mexico.

Cocaine hydrochloride that is sold and bought illicitly comes in the form of white crystalline powder, although many products are adulterated with additives and falsely sold as pure cocaine.

Cocaine powder is ingested by snorting intranasally or injecting intravenously.

Snorting cocaine can cause nasal issues and damage including:

Pure cocaine is an unadulterated product that is rarely encountered since so many sources now cut powdered cocaine with cheaper ingredients to maximize their profits.

Impure and adulterated cocaine is easy to disguise as the pure variety because the fine white powder easily blends together with additives. Some additives can be toxic or poisonous.

Common additives and adulterants in pure cocaine are the following:

Pure cocaine is also frequently mixed with other drugs like opioids and methamphetamines (known as speedballs), to enhance the effects and incentivize compulsive drug use.

Besides an intense rush of euphoria, side effects of cocaine hydrochloride may also be:

The long-term effects can be detrimental to the central nervous system and cardiovascular health. Cocaine may cause seizures, stroke, heart attack, chest pain, and sudden death.

Cocaine’s psychoactive effects on mental health are also significantly adverse and long-term cocaine abuse can cause psychosis and severe mental disorders such as acute depression.

Freebase cocaine refers to the smokable form of cocaine hydrochloride salt, which in its water-soluble form is snorted or injected. Crack is the end result of freebased cocaine.

Crack cocaine is made by using a solvent like sodium bicarbonate to remove hydrochloride from the cocaine “base,” which produces small crystal rocks that can be smoked as vapor.

The name “crack” comes from the crackling sounds that the rocks make when high heat is applied and the smokable vapors are released.

Smoking or freebasing crack cocaine is more potent than snorting the powder form.

It has a more rapid but shorter-lasting onset or “rush” of short-term effects, which are similar to cocaine hydrochloride.

The long-term effects of smoking crack cocaine are especially harmful to the lungs and can cause:

Other health risks of freebase and crack cocaine include severe heart conditions, seizures, contraction of bloodborne infections such as HIV and hepatitis C, and potentially fatal overdose.

Pink cocaine 2C-B, also known as “tucibi” is an emerging hallucinogenic and stimulant club drug that is abused for its euphoric and energizing effects, similar to MDMA, ecstasy, and cocaine.

Pink cocaine 2C-B is part amphetamine and part psychedelic, and can cause hallucinations due to the release of dopamine, adrenaline, and norepinephrine.

The mental and physical effects of pink cocaine 2C-B are similar to other types of cocaine, with very intense symptoms of anxiety, nausea, vomiting, aggression, tachycardia, and seizures.

Fake cocaine, also known as bath salts, is the synthetic version of real cocaine that contains an often unknown variety of dangerous stimulants and toxic ingredients.

The typical active ingredient in fake cocaine is methylenedioxypyrovalerone (MDPV), a synthetic variant of an amphetamine called cathinone that stimulates the central nervous system.

Common side effects of fake cocaine are similar to real cocaine, but also include:

Yellow cocaine powder and crack cocaine rocks can also appear light brown, or otherwise discolored by chemical impurities that are neurotoxic or nephrotoxic (damaging to the kidneys).

Adulterants like phenacetin and paracetamol, which are pain relievers, can give cocaine a yellow-brown tint, and the toxic deworming agent levamisole can turn it greenish-yellow.

There are many other varieties and combinations of contaminants that can alter the aesthetics of cocaine, and the presence of these may or may not be determinable by the color outcome.

Cocaine addiction is powerful and progressive, and long-term drug abuse involving any type of cocaine is destructive to physical and mental health. However, recovery is possible.

If a loved one or someone you know is dealing with a cocaine addiction, referring them to a treatment program that provides varying levels of addiction care can help.

Call the helpline at Spring Hill Recovery Center to learn about drug treatment options and how our team of addiction specialists works together to facilitate and support the recovery process.