Home > Stimulants > Cocaine > What Is It?

Cocaine is an addictive stimulant drug used mainly for recreational purposes. It’s manufactured in South America from the leaves of the coca plant. Cocaine can be snorted, smoked, or injected, and has powerful short-term side effects that can lead to withdrawal symptoms. Cocaine has been illegal since the early 1900s. 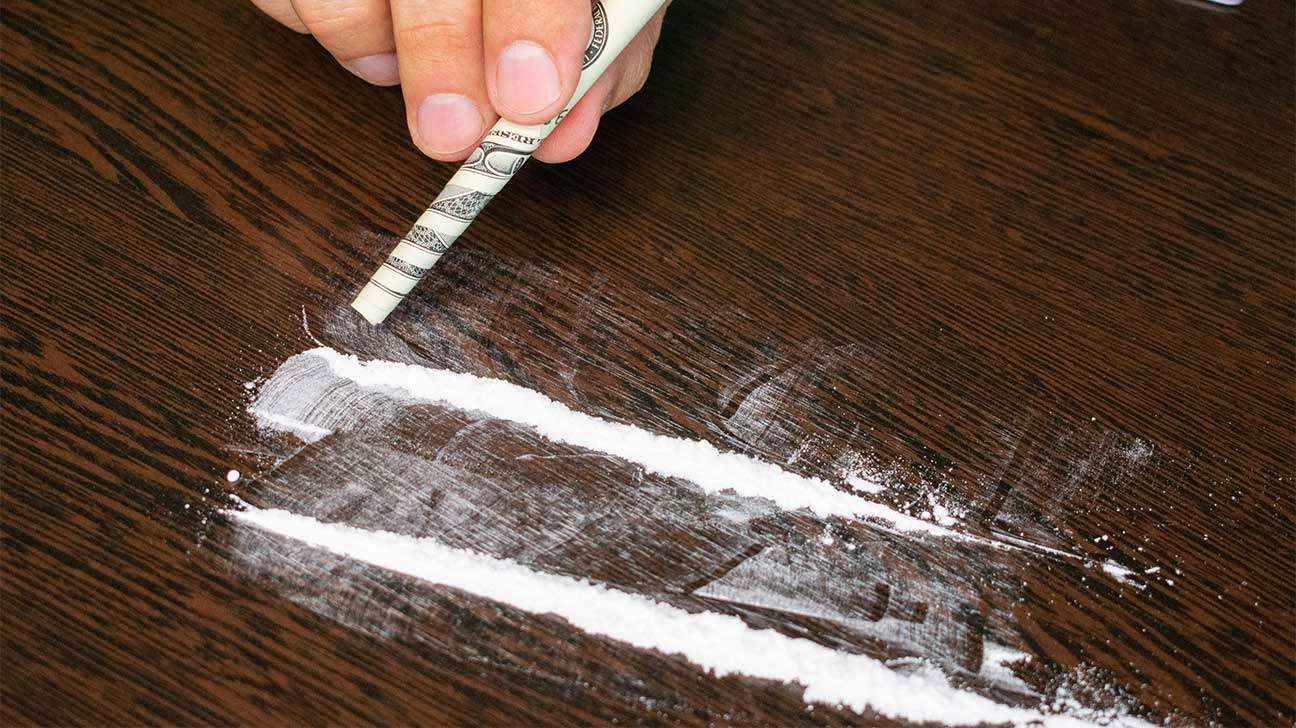 Cocaine is a stimulant drug that produces short-term euphoric-like effects that wear off quickly and leave the body with cravings for more of the drug.

It is made from the leaves of the coca plants found primarily in South American countries. Many different chemicals and cutting agents are used in the manufacturing and preparing process.

Due to the long-term effects of cocaine use, such as damaged mental health and cocaine addiction, it has been classified as an illegal drug by the U.S. government.

How Is Cocaine Made?

Cocaine is produced from the leaves of coca plants, which originated in Bolivia, Peru, and Colombia.

Manufacturers process the coca leaves into a paste, then a cocaine base, and lastly into cocaine hydrochloride. From there, it is dried into cocaine powder and distributed.

Once cocaine is smuggled into the U.S., street dealers usually add chemicals or other drugs to maximize profits and lower the purity.

Some cutting agents may be:

Cutting agents used for cocaine have their own set of dangers. This is especially true for fentanyl-laced cocaine, an extremely addictive opioid.

Fentanyl laced-cocaine has a greater chance of leading to a cocaine overdose, since it’s much more potent than its opiate counterpart heroin.

How Is Cocaine Used?

In the early history of cocaine, it was used in many medicines and was one of the main active ingredients in the first versions of Coca-Cola.

Medically, cocaine was and is still used as a local anesthetic for surgeries, and can be prescribed by doctors for legit medical uses.

Aside from the occasional medical purpose, cocaine is typically used recreationally and can lead to addiction.

It delivers a quick rush of dopamine that doesn’t last long, making it a preferred drug of choice for those not wanting to commit to a longer high, such as heroin or hallucinogens.

There are two forms of cocaine used recreationally:

The powder form is used for snorting, which is the most common route of administration for cocaine.

It can also be injected and is sometimes mixed with heroin (this combination is known as speedballing). Injecting cocaine delivers a stronger effect.

Powder cocaine can also be rubbed in the gums and added to a tobacco cigarette or a marijuana blunt (sometimes called a chewy blunt).

What Is Crack Cocaine?

The rock-like form of cocaine, otherwise known as crack cocaine, is another common form of administration.

Also known as freebase cocaine, crack cocaine is made by taking powdered cocaine and adding baking soda and water, then heating it to remove the hydrochloride.

This creates a smokable substance that is more powerful than snorting cocaine. Inhaling the vapors of crack cocaine absorbs it into the bloodstream almost as fast as injecting.

Crack cocaine saw a rise in popularity during the 1980s when drug dealers realized the addictive nature and the earning potential since it’s relatively cheap to make.

The fast euphoric effect from freebasing (known as a blast) lasts only minutes. Repeated drug use and severe drug addiction are common problems with crack cocaine.

In 1971, the federal government classified cocaine, and many other drugs, as a Schedule II level controlled substance.

Cocaine is one of the most recognizable drugs in the world, but there are many misconceptions about what cocaine is.

Below are answers to some frequently asked questions about cocaine.

Is Cocaine An Opioid?

Cocaine is not an opioid. An opioid is a drug that is made from the opium poppy plant, whereas cocaine comes from coca leaves.

Opioids, such as heroin, fentanyl, and hydrocodone, work on natural opioid receptors already placed in our brain. This produces a rush of relaxation and pain-relieving effects.

Cocaine doesn’t work on opioid receptors, but binds itself to dopamine transporters and blocks the removal of dopamine from synapses. The high from cocaine is more upbeat.

Is Cocaine A Stimulant Or Depressant?

Cocaine is a stimulant, or an “upper,” in the same vein as amphetamines.

Unlike depressant drugs, cocaine can make a person:

Is Cocaine A Narcotic?

The DEA classifies narcotics as drugs that render sleep and dull the senses.

However, government officials use the word “narcotic” when referring to most drugs that can cause any kind of harm.

In the legal and medical world, cocaine is technically not a narcotic, since it doesn’t work in the brain the same way as opioids and marijuana.

The possession, use, and distribution of cocaine and crack cocaine are illegal at the federal level and all state levels. Jail sentences for cocaine violations yield several years.

Substance use disorders (SUD) such as cocaine addiction can be treated with a variety of drug treatment approaches.

At Spring Hill Recovery Center we can help you or a loved one find an inpatient drug rehab center in Massachusetts to start recovering from cocaine abuse.

Reach out today to talk to one of our specialists.