How Addictive Is Meth?

Methamphetamine is a highly addictive stimulant drug with many dangerous side effects. Meth floods the brain with dopamine and creates wakefulness, increased heart rate, and hyperactivity. Long-term effects of meth include mood swings, psychosis, and withdrawal symptoms. 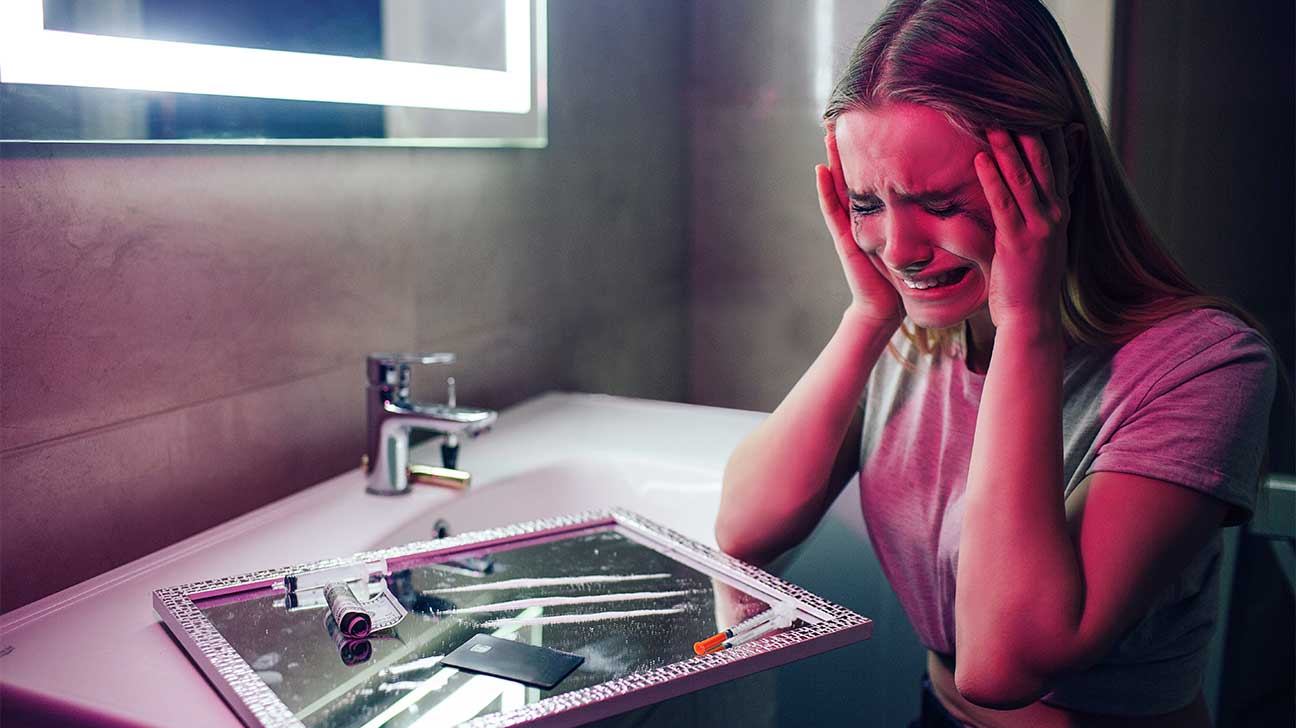 Methamphetamine is an addictive substance that induces bouts of energy, hyperactivity, and a decreased appetite.

The effects of methamphetamine quickly wear off, making meth abuse and addiction common in those who experiment with the drug.

Compared to other popular substances for drug abuse, such as opioids, meth is one of the most addictive. It has tremendous effects on one’s well-being and mental health.

There are several short-term and long-term signs of meth addiction. These include paranoia, insomnia, and meth mouth.

Usually, one or more addiction treatment options are needed to treat meth use. Options include detox centers and inpatient treatment programs.

Read on to learn more about how addictive meth is and the dangers linked to long-term methamphetamine use.

How Does Meth Work In The Brain?

It also structurally resembles dopamine, a neurotransmitter responsible for controlling rewarding behaviors in the brain. Methamphetamine stops the reabsorption of dopamine.

However, it simultaneously increases levels of dopamine, creating a more intense high than other dopamine reuptake-inhibiting substances such as cocaine.

When the brain is constantly exposed to meth it becomes accustomed to the pleasurable action. As a result, dependence quickly grows.

This is why meth is one of the harshest substances of abuse. It physically and structurally changes the brain, creating severe drug-seeking behavior.

Learn more about how meth affects the brain.

What Is Crystal Meth?

Smoking crystal meth is one of the most popular forms of methamphetamine abuse. It resembles a clear crystal-like substance.

Snorting or injecting meth sends the drug into the bloodstream at a quicker pace than smoking it. This leads to faster development of addiction as well.

Though crystal meth is the most common type of meth, there are other types.

Any of the above types of methamphetamine can lead to addiction. When a person becomes dependent on meth to function, they may exhibit many signs of abuse.

Read on to learn more about the symptoms of meth addiction.

Signs And Symptoms Of Meth Abuse And Addiction

Methamphetamine may cause someone to uncontrollably search for the drug, even if harsh consequences have transpired such as drug arrest and serious health problems.

Despite the ways drug use has negatively affected a person or those around them, they may continue abusing meth because of its powerful effects on the mind and body.

These effects can be physical, mental, and emotional.

There are cases where a heart attack, coma, or meth psychosis occurs after the first use.

As someone continues to ingest meth, they’ll show physical and mental health changes. Meth is a foreign toxin to the body that has dangerous effects.

Some of these effects come from the different ways meth is abused. For example, the risk of contracting blood-borne viruses is higher among people who inject methamphetamine.

The long-term effects of meth addiction are:

One of the most important effects of meth addiction is experiencing withdrawal symptoms. Once drug use stops, the body begins detoxing itself of the drug.

To avoid feeling uncomfortable symptoms, a person might take more of the drug to achieve their body’s new definition of homeostasis.

Some meth withdrawal symptoms are:

To provide the best chance of healthy and safe detoxification, withdrawing in a drug-free, medically supervised environment is the best option.

You or a loved one with a substance use disorder can find recovery today.

At Spring Hill Recovery Center, we have many addiction treatment approaches. Some include cognitive behavioral therapy and medication-assisted treatment.

If you want to learn more about what to expect at our facility, call our helpline and start the journey toward healing.