History Of Methamphetamine: Who Invented Meth?

Meth has a much longer history than many people realize. Meth was synthesized in the 1880s. It was used as an over-the-counter medication, given to German military members during WWII, and eventually regulated due to its addictive properties. Today, nearly all forms of meth use are illegal. 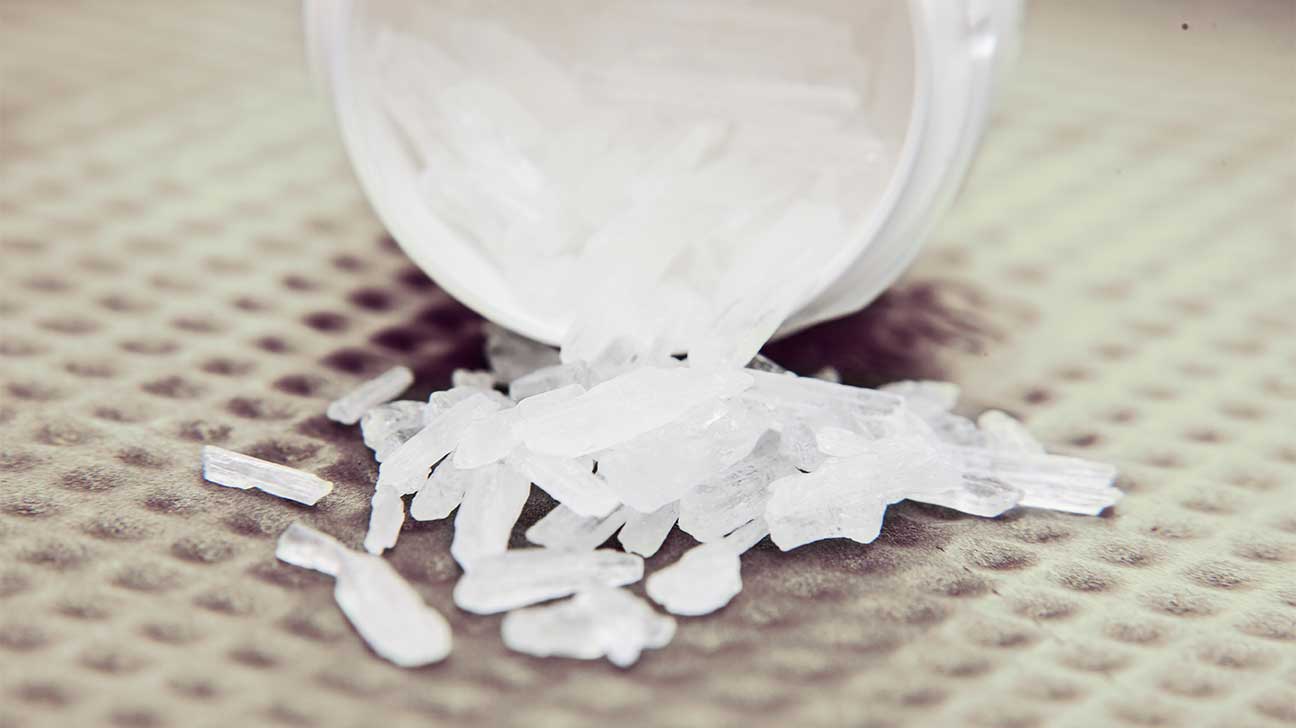 Methamphetamine (meth) is a synthetic stimulant drug that is especially common in the United States.

Different types of meth include powdered meth and crystal meth, a smokable form of the drug.

Meth use has a long history, and pieces of that history began in various places around the world.

Ephedra Plants And Stimulants Before Meth

Meth is synthesized from another stimulant called ephedrine, which comes from ephedra plants. These plants are small shrubs that grow in several regions throughout the world.

They have been used in China and India for many years to treat upper respiratory symptoms.

In the mid-1880s, researchers looked for alternatives to the ephedra plant.

One of those alternatives was amphetamine, which was synthesized by a Romanian chemist named Lazar Edeleanu. The other alternative was meth.

In 1885, Japanese chemist Nagai Nagayoshi synthesized meth, but methamphetamine use did not gain traction until a few decades later.

Early Forms Of Meth Use

Eventually, the use of amphetamines and meth would become more widespread. Meth became available as an over-the-counter medication.

American citizens could take a medication called Benzedrine, a meth-based medication. In inhaler form, Benzedrine was used to treat asthma and other respiratory conditions.

As a result, the makers of Benzedrine created a pill version of the medication, which was used to treat narcolepsy.

Meth Use During World War II

During World War II, military forces in Germany began using meth under the brand name Pervitin. This drug was widely available among German civilians as well.

Soldiers used it for its wakefulness properties, as the drug helped them stay awake during missions. Meth was also given to kamikaze pilots in Japan.

Within a few years, however, the side effects of meth became apparent. When soldiers took meth in high doses, many became violent and experienced meth-induced psychosis.

As a result, while military members were still given meth, the use of meth was more tightly controlled.

In the 1950s, meth once again gained traction for medical purposes. A prescription form of meth was often prescribed as a weight loss aid for patients with obesity. Sometimes, it was also prescribed to treat narcolepsy.

However, researchers quickly began to realize that the drug was highly addictive.
By the 1970s, the FDA designated these drugs as schedule II controlled substances.

The U.S. has since set limits on the sale of pseudoephedrine. However, some people have continued producing meth by using alternative methods, such as cooking P2P meth.

Meth use has declined in the U.S. since the 1980s, but it still remains a major concern, according to the National Institute on Drug Abuse (NIDA).

In rare cases, a prescription form of meth is used for the treatment of attention-deficit/hyperactivity disorder (ADHD) and narcolepsy.

However, meth is otherwise an illegal drug, as both cooking meth and using it recreationally are highly dangerous.

A substance abuse disorder such as meth addiction can cause a person to use drugs, even when faced with negative consequences. As a result, addiction can make people feel trapped.