What Is Considered A Meth Lab? Recognizing A Meth House

Meth labs are locations that are used to produce meth. They contain specific ingredients and cooking equipment. Meth labs may also exhibit other telltale signs such as secretive occupants or covered windows. 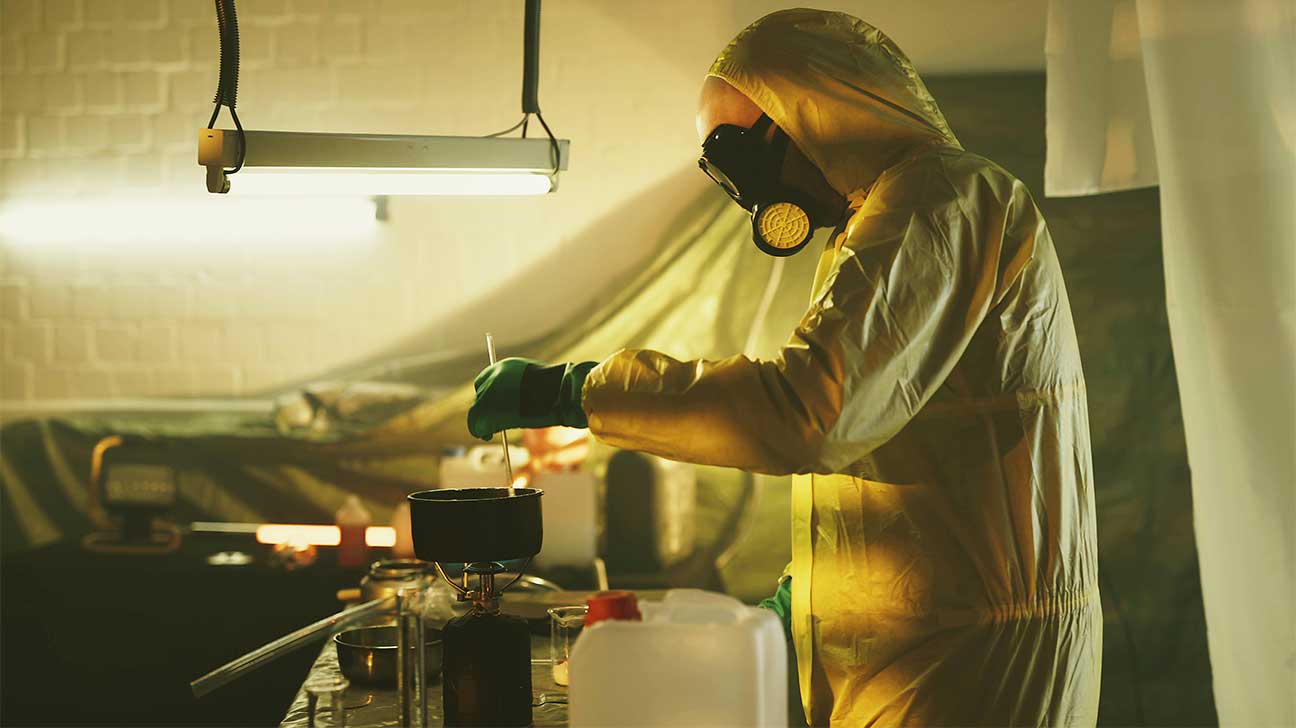 Methamphetamine is a dangerous stimulant drug made out of either ephedrine or pseudoephedrine.

Meth addiction carries many risks. Not only are there many harmful side effects of meth, but the meth cooking process involves dangerous chemicals.

What Is A Meth Lab?

A meth lab is any place that has the equipment and ingredients needed for meth production. Meth labs have been found in homes, trailers, motel rooms, and similar spaces.

Most often, meth labs are kept in well-hidden areas. Cooking meth is a conspicuous process, and keeping a methamphetamine laboratory is no easy feat.

Some meth labs are quite large and stationary. The equipment may take up the space of an entire room.

These so-called “super labs” may produce several pounds of meth at once.

Other meth labs are much smaller, with pieces of equipment that can be stored in a box and moved from place to place.

Why Are Meth Labs Dangerous?

These chemicals often cause fires and explosions, especially when a meth cook is not careful during the production process.

Furthermore, meth labs produce toxic fumes that can harm people inside the lab as well as people who live or work nearby.

What Items Might Be Found In A Meth Lab?

The telltale signs of a meth lab include specific equipment and ingredients.

Meth cooking equipment consists of ordinary household items that have been modified to facilitate meth production.

On their own, these items do not necessarily indicate a meth lab. However, when several of these items are found together, they do present a warning sign.

Some examples of meth cooking equipment include:

When certain ingredients appear in large quantities, they may also indicate a meth lab.

Some common ingredients in meth include:

Other Signs Of A Meth Lab

If you suspect that somebody is running a meth lab, do not go near it to verify your suspicions. A meth lab can cause an explosion or fire at any moment.

Meth labs exhibit other signs that can be spotted from a distance.

Some additional signs of a meth lab include:

What To Do If You Find A Suspected Meth Lab

Due to harmful vapors and other hazards, meth labs require a very specific clean up process before the area becomes safe for humans.

Never attempt to investigate or clean up a meth lab on your own. Instead, contact your local police department as soon as possible.

A meth lab may also be a sign of meth addiction. Some people who cook meth also use the drug regularly.

Cooking meth is especially dangerous when a person is also using meth, as meth causes effects such as clouded thinking and can cause a person to forget safety measures.

Meth addiction, however, is a treatable disorder. Getting treatment can limit a person’s exposure to health hazards and help them recover from substance abuse.

Learn about meth labs, how to recognize them, and why meth labs are dangerous.

If you or a loved one need meth addiction treatment, contact Spring Hill Recovery Center today.