Meth is a dangerous drug that is abused in several ways. One of those ways is “shooting” meth, or injecting it. People who inject meth have a high risk of specific side effects, including side effects that come from needle use. 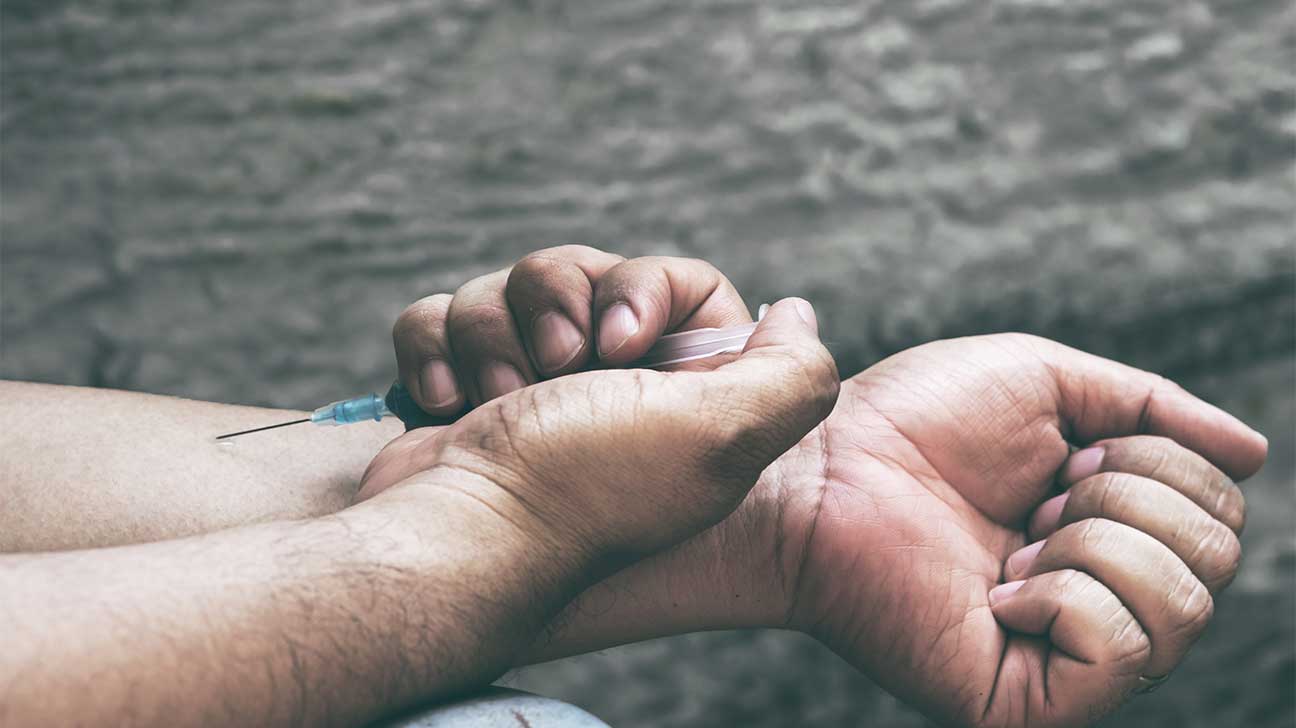 Methamphetamine use is a highly risky form of substance abuse. Meth is a stimulant drug, and as such, it works by speeding the central nervous system (CNS).

This substance is highly addictive, and because it is made from dangerous household chemicals, it can have a major impact on people’s physical and mental health.

Meth use occurs in several ways, including snorting meth and smoking a substance called crystal meth.

One particularly dangerous method of meth abuse is called “shooting up meth,” or “shooting meth,” which are common terms for meth injection.

How Do People Inject Meth?

Meth is a water-soluble drug, which means that it dissolves easily when mixed with water. When people inject meth, they begin by turning it into liquid meth.

Then, the mixture can be added to a syringe and injected into a muscle or vein with a needle.

Why Do People Inject Meth?

When people use meth, the drug increases the brain’s supply of dopamine, which is a reward chemical.

Among other things, dopamine creates feelings of happiness, energy, and well-being.

However, with repeated drug use, the brain becomes less sensitive to this dopamine rush.

A person with a drug addiction will need larger amounts of the drug to experience the same euphoria that they experienced the first time they used it.

Some people may switch from snorting or smoking meth to injecting it in order to achieve this high.

What Are The Dangers Of Injecting Meth?

Side Effects Of Meth

All forms of meth misuse, including meth injection, can lead to harmful side effects.

In fact, because injection works so quickly and strongly, it may create more pronounced side effects. These effects are often life-threatening.

Some of the side effects of meth include:

Effects Of Intravenous Drug Use

All forms of illicit substance use create risks. Injection, however, is especially dangerous and creates its own side effects.

Most notably, drug injection increases a person’s risk of infectious diseases such as hepatitis and HIV.

Drug injection can also exacerbate meth-related skin infections. Dermatological issues are common with meth abuse, but infections near the injection site can make these issues worse.

People who inject drugs may also exhibit track marks, which are long, red lines on the skin that result from needle use.

Meth addiction is an especially powerful substance abuse disorder. The difficult side effects of meth can make this disorder even more complicated.

Spring Hill Recovery Center is a behavioral health treatment program. We use evidence-based addiction therapy practices, including both inpatient and outpatient care.

If you or a loved one need help to overcome meth addiction, contact our helpline to learn more about our treatment facility.