All forms of methamphetamine abuse cause dangerous health problems, but snorting meth imposes additional dangers, especially to the sinuses. 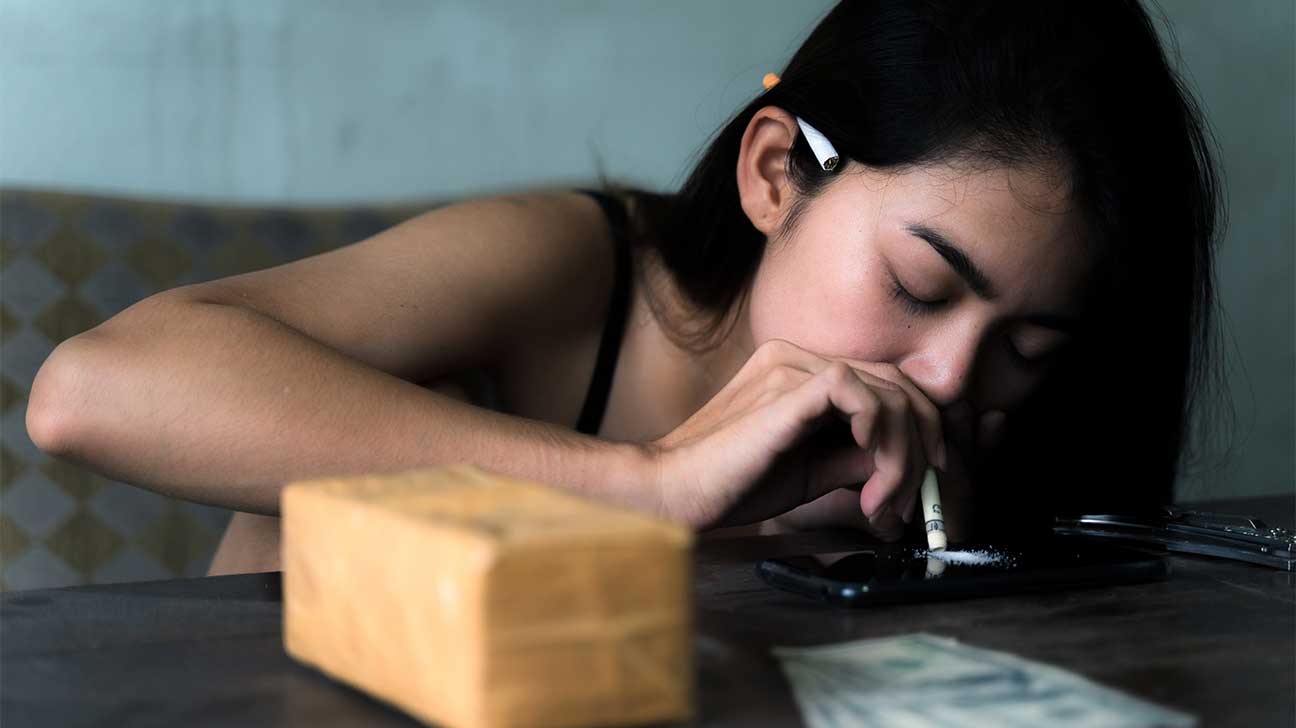 Methamphetamine (meth) is a dangerous and addictive drug that appears in several forms, one of which is a white or clear powder.

In rare cases, legal forms of meth may be prescribed for narcolepsy or attention-deficit hyperactivity disorder (ADHD).

Most forms of methamphetamine, however, are illicit. Crystal meth use, for example, is always illegal.

Because meth appears in multiple forms, there are several methods of meth abuse that people use, including snorting meth.

This form of meth abuse can lead to several physical and mental health problems, both from the drug itself and the act of snorting it.

How Do People Snort Meth?

Snorting is a very common form of meth abuse. To snort meth, the powder is arranged into a thin line by using a credit card or similar flat object.

Then, the drug is snorted through the nose with a straw or another thin tube.

The act of snorting meth creates specific side effects. This form of methamphetamine use may negatively impact the brain, mouth, and sinuses.

Many forms of drug use take several minutes to reach their peak effect. However, meth drug abuse takes effect almost immediately when snorted.

According to the National Institute on Drug Abuse (NIDA), snorting meth can cause an intense rush within five minutes.

As a result, people who snort meth may experience the dangerous short-term effects more quickly as well.

Some of the immediate side effects of meth may include:

Snorting meth causes long-term health concerns as well. Some of these issues overlap with short-term concerns, while others are more specific to chronic use.

The long-term risks of snorting meth include:

Snorting meth can also create sinus-related issues. When people snort meth, the drug is absorbed through the mucous membranes in the sinuses.

Over time, this repeated exposure to meth can damage the membranes and irritate the septum.

As a result, many people who snort meth or any other drug experience chronic nosebleeds, nasal blockages, and infections.

Furthermore, people with allergies or asthma may notice worsening symptoms.

Because chronic drug use can weaken the mucous membranes, snorting meth may also leave people more susceptible to lung infections as well.

How Does Snorting Meth Affect The High?

While all forms of illicit meth use can create a powerful high, the experience is affected based on the method of consumption that a person uses.

Snorting meth produces a very quick high, but it does not produce the same powerful rush as injecting or smoking meth.

All types of meth misuse are dangerous due to their risk of addiction and the chemicals involved in the meth manufacturing process.

However, smoking meth may be more dangerous than snorting it, as smoking meth produces a more powerful and potentially more addictive high.

Snorting meth, however, does have a greater potential for sinus cavity damage than smoking.

Chronic use of methamphetamine, like all forms of drug addiction, is a complicated mental health condition.

However, both meth addiction and many of its short-term and long-term effects are treatable.

Spring Hill Recovery Center is a treatment center that uses evidence-based addiction therapies and several levels of care for substance use such as inpatient and outpatient treatment options.

If you or a loved one may need addiction treatment, contact Spring Hill Recovery Center today to learn more about our treatment facility.