What Is Blue Meth? Is It Real?

“Blue sky” meth from the TV show Breaking Bad may be inspiring the production and use of blue meth in the U.S. The drug’s purity varies, but it is just as addictive as crystal meth and has the same dangerous side effects. 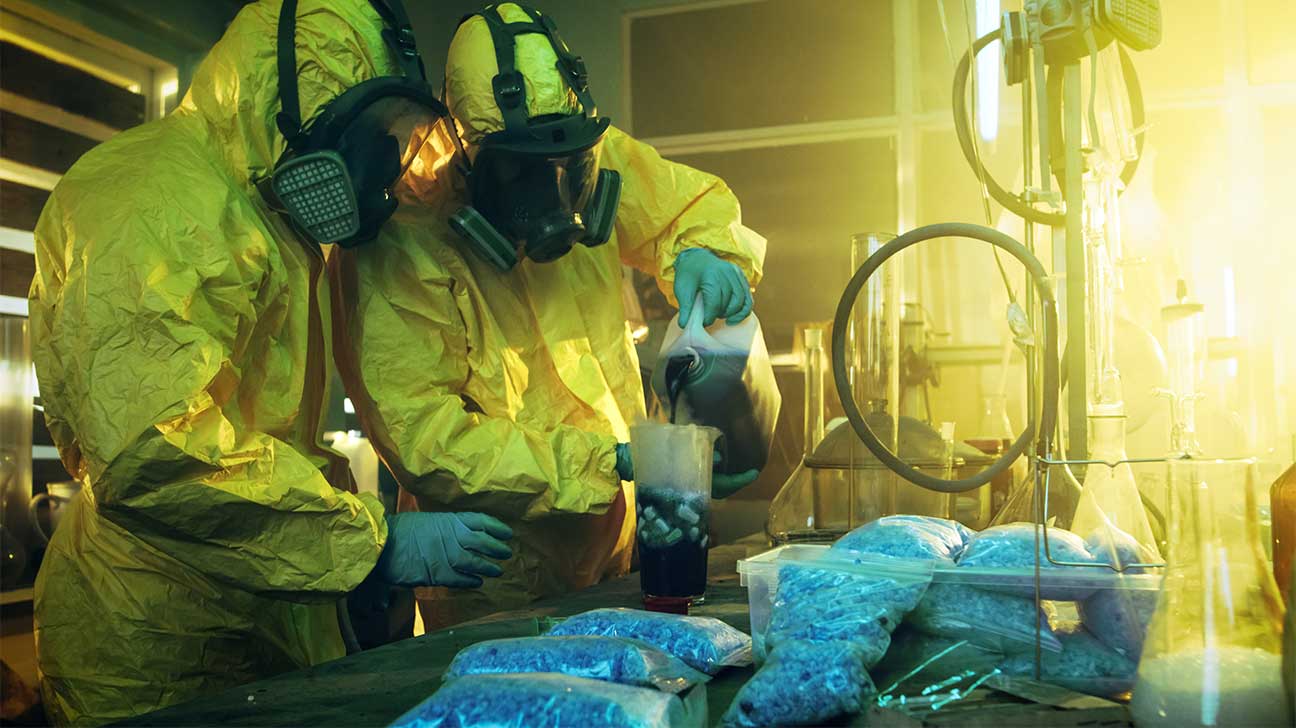 Yes, blue meth is real. It is a newer form of methamphetamine that many believe is based on the fictional “blue sky” meth in the popular television series Breaking Bad.

Blue meth often makes those who use it sick. This is in addition to meth’s other side effects, including its highly addictive nature that can lead to meth abuse.

Local and national news outlets first began reporting that blue crystal meth was showing up in communities around 2009.

Although crystal methamphetamine can sometimes have a slightly bluish tint, blue meth is more obviously blue.

Where Does Blue Meth Come From?

Some of the first communities to report blue meth use were in Albuquerque, New Mexico. The drug has also been reported in Colorado, Missouri, Utah, and other states as well as in Canada.

Authorities don’t know where the drug comes from with certainty, but many suspect that it is being produced locally in meth labs in or near the communities where it is found.

Walt eventually discovers how to make a very pure form of the drug that quickly becomes in demand. This meth is blue in color.

Police said that meth dealers look for ways to make their particular “brand” stand out and that blue meth could get people’s attention due to the popularity of Breaking Bad.

Yes, blue meth is real and began showing up in southwestern U.S. states in 2009.

Sometimes called “smurf,” it is just as addictive as regular meth and has dangerous side effects.

How Blue Meth Gets Its Color

Although it’s unknown how blue meth gets its color, there is speculation that either food dye or some other blue chemical is used.

In a 2010 post to the Kansas City (KC) police chief’s blog, then-Chief James Corwin reported on blue meth in Kansas City and suggested that the color could be coming from a dye.

He also noted that KC thought the blue color could be used to thwart the police’s field test to determine if a substance is meth, which turns the substance blue if it is.

However, that’s not the case when it comes to Walt and Jesse Pinkman’s manufacturing of blue meth.

In place of the over-the-counter decongestant pseudoephedrine, they use methylamine, which causes their meth to turn blue. Researchers agree that this doesn’t involve a real-life chemical reaction.

How Does Blue Meth Differ From Crystal Meth?

Other than the obvious difference in color, it’s difficult to determine any difference between blue meth and crystal meth.

However, law enforcement have reported that dealers are charging up to 50% more for blue meth, due to its novelty.

One study of meth use in Mexico revealed that using colored forms of meth can have specific adverse effects.

The Purity Of Methamphetamine

Due to the unregulated production of illicit drugs like meth, it can be difficult to know how pure meth or blue meth is unless it’s tested in a lab.

Drug traffickers often cut meth with different substances to intensify its effects and/or increase its weight so that more can be sold.

These impurities add to the dangers of meth because you can’t be sure of its ingredients, which are sometimes dangerous themselves.

The Purity Of Blue Meth Vs. Crystal Meth

With a purity level of 80% or more, crystal meth is purer than meth. However, many people call it crystal meth because of its crystal-like look.

When KC police tested the blue meth they confiscated, its purity matched that of crystal meth in the city. However, Albuquerque police found its city’s blue meth to be less pure.

Several news reports have noted that many people who use blue meth get sick after ingesting the drug.

Otherwise, blue meth and crystal meth have similar effects, including the following:

All forms of methamphetamine are highly addictive. This is in part because the drug releases unnaturally high levels of dopamine in the brain, causing a euphoric feeling.

Additives that drug dealers use when making any form of meth come with serious dangers. Those who buy these drugs have no way of knowing what they contain.

Fentanyl is a very powerful drug that is sometimes added to meth to increase its effects. Because it is so powerful, even small amounts can lead to overdose or death.

The August 2022 arrest of an Albuquerque man on drug trafficking charges revealed that he allegedly had 400 grams of blue fentanyl pills in his home, in addition to meth.

There are many evidence-based drug addiction treatment options available if you or a loved one is experiencing meth abuse.

Call us today to learn more from one of our dedicated team members.