What Is Liquid Meth?

Liquid meth is meth that has been dissolved in water. People abuse liquid meth by injecting it, drinking it, and inserting it rectally. Liquid meth is used for several reasons, and all forms of liquid meth use have risks. 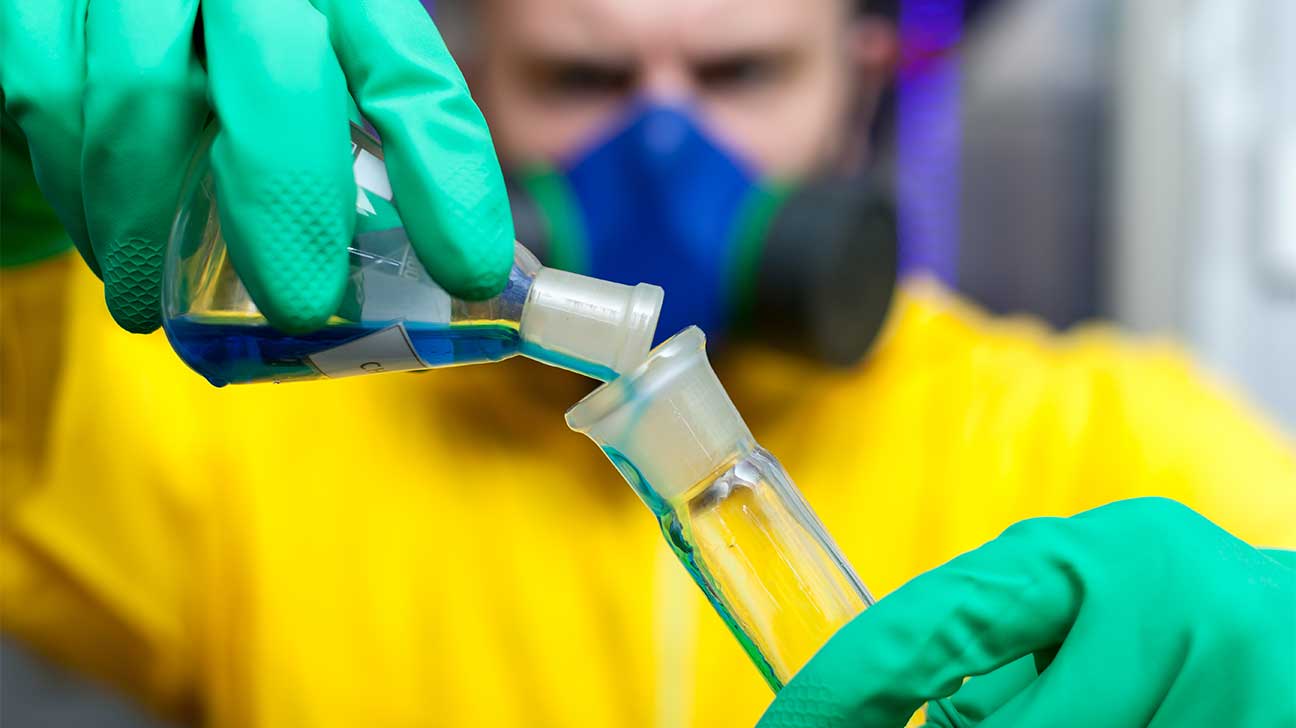 Methamphetamine (meth) is a stimulant drug that appears in many forms.

In rare cases, a pharmaceutical form of meth is prescribed for narcolepsy and attention deficit hyperactivity disorder (ADHD).

In most cases, however, meth is created in a meth lab and used illegally.

One form of meth is called liquid meth, which is a liquified form of the drug.

How Is Liquid Meth Made?

Meth is a water-soluble substance, and as such, it dissolves quickly. To create liquid meth, a person simply needs to add the drug to water.

How Is Liquid Meth Used?

It is possible to eat and drink meth, though this drug use is rarer than other types of methamphetamine use. Once meth is turned into a liquid, a person may drink it immediately.

More commonly, liquid meth is injected into a muscle or vein.

People use various forms of meth to achieve a euphoric high.

Some common methods of meth abuse include:

People choose methods for different reasons, often to create a specific kind of high or to reduce a specific type of harm caused by other methods.

Liquid meth, when compared to other forms of meth use, may have certain perceived benefits for people who choose this option.

When a person has a meth addiction, some forms of methamphetamine abuse may not create the same high as they did the first time the person used the drug.

Because meth is a stimulant drug, it increases dopamine activity in the brain.

Dopamine is a chemical that performs several functions. It promotes happiness, wakefulness, and motivation.

Meth abuse floods the brain with large amounts of dopamine, but over time, the brain becomes less sensitive to this chemical.

As a result, people who deal with drug addiction may use larger amounts of drugs or different methods to produce a more intense high.

Meth injection, especially intravenous injection, causes a more powerful high than other forms of meth abuse, according to the National Institute On Drug Abuse (NIDA).

Some people may turn to this method as a last resort when other types of meth use no longer produce the same effect.

In contrast, liquid meth may also be used to create a less intense high than smoking meth or snorting it.

Many forms of meth abuse allow the drug to begin working within minutes.

Drinking liquid meth, however, makes the drug pass through the digestive system before it affects the central nervous system.

As a result, drinking meth creates a slower, milder, and longer-lasting high.

This type of high may appeal to young people or people using illicit drugs for the first time.

Different forms of substance use require different types of paraphernalia.

Paraphernalia items are objects that facilitate drug use.

Meth paraphernalia, for instance, can include lighters and glass pipes for smoking, straws for snorting, and syringes for injection.

However, if a person with an addiction does not have access to paraphernalia, they may use alternate methods to relieve drug cravings.

Drinking meth does not require any complex paraphernalia, so some people may use this option when other methods are not available.

Some people may choose liquid meth as a means of harm reduction when they want to avoid the side effects created by other methods.

For example, smoking meth can irritate the lungs, especially in people who have allergies or asthma. Snorting meth can cause damage to the sinuses.

Drinking or booty-bumping liquid meth may be used to bypass these specific side effects.

Booty bumping meth creates a high level of bioavailability, which means that a large percentage of the drug is available for the body to use.

Some may choose this method as a way to maximize the effects of the drug.

What Are The Dangers Of Liquid Meth?

Liquid methamphetamine is a highly dangerous drug that impacts both physical health and behavioral health.

Many of the risks of liquid meth come from the dangers of meth itself.

Some of these risks include:

Most notably, drug injection increases the risk of HIV, hepatitis, and other infectious diseases. Injection can also lead to scarring and vein damage.

Booty bumping meth can also increase the risk of HIV and other STIs, as this method creates micro-tears in the rectum.

Booty bumping may also create a higher risk of overdose due to the increased bioavailability.

When people drink meth, the drug comes into direct contact with the digestive organs. As a result, they may experience damage to these organs.

No matter the form of meth abuse, meth addiction is a highly dangerous disorder.

However, like other mental health conditions, this disorder can be treated.

If you or a loved one may need treatment for meth addiction, contact Spring Hill Recovery Center today.