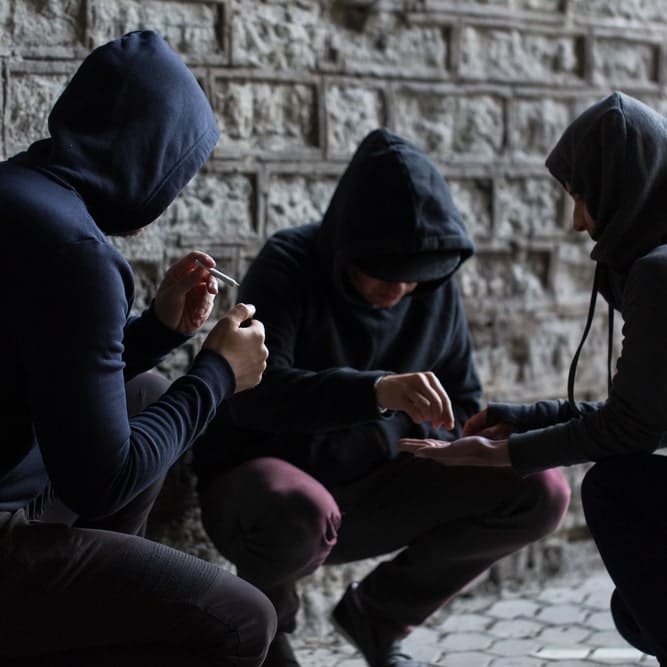 People suffering from an addiction to an illegal or pharmaceutical drug often try to hide their condition from family and friends. In some cases, they might use slang terms to refer to substances they are abusing. Addicts learn these terms because they hear them when talking to dealers and friends who share their addiction.

Illicit narcotics such as cocaine and heroin are not the only substances that have street names associated with them. All sorts of commonly abused drugs such as prescription drugs, club drugs, and hallucinogenic drugs have street names. Addicts, especially teens, use street names for drugs so they can refer to them without being caught by figures such as parents and police officers.

Concealing a drug addiction only makes matters worse for the addict. If you are serious about helping a loved one who might be suffering from substance use issues, you should get to know street names for commonly abused drugs. Only once you are sure that someone close to you is abusing drugs can you begin to help them seek treatment from a facility such as an addiction center.

Recreational drugs are what we tend to think of when we think of drug abuse. These drugs have no medical use, and they are illegal by federal law. Some recreational drugs, most notably marijuana, have been legalized or decriminalized on the state level, but remain illegal on the national level.

Marijuana is a very common drug that comes from the hemp plant. It is usually smoked, but can also be made into “edibles” that are ingested and can take just about any form of food. Marijuana can also be turned into a waxy substance or oil, which is then smoked or vaporized. While some states have legalized marijuana recently, it remains illegal federally. According to the National Institute on Drug Abuse, some common street names for marijuana are:

Cocaine is a very addictive stimulant drug. It is made by processing the leaves from the coca plant, which is native to South America. Different forms of cocaine are snorted, smoked, or injected. While the use of cocaine has declined in the U.S. since the epidemic in the 1980’s, cocaine is still a very commonly abused drug and it has dangerous side effects, including potentially fatal overdose. Common street names for cocaine include:

Heroin is an opiate drug made from the seed of poppy plants. Unlike many other opioids, heroin has no medical use for pain mitigation or otherwise. Heroin is an illegal drug, which is why it is in the recreational category. Heroin usually comes in a brown or white powder, or as a deep black, sticky substance that is called “black tar heroin”. Usually, heroin is injected. It can also be smoked or snorted. Street names for heroin include:

Otherwise known as “meth”, this stimulant drug is extremely addictive. Certain areas of the country have been devastated in recent years by meth addiction. Meth is commonly produced and sold from makeshift laboratories in peoples’ homes. The drug can look differently depending on how it is produced. Usually, it is a white powder or pill, or a crystalline form that looks like small pieces of glass or blue-white stones. Meth is most commonly smoked, but can also be ingested, injected, and snorted. Common street names for meth are:

Hallucinogens are drugs that cause a distortion in the user’s reality. Some hallucinogens come directly from certain plants and have been used by indigenous people in ceremonies for thousands of years. Examples include ayahuasca and peyote. Many of these cultures are legally allowed to continue using the drugs in this way. However, most of the hallucinogens that are commonly abused are different substances. Some of the most common hallucinogens and their street names are listed below.

LSD is an abbreviation for lysergic acid diethylamide. This hallucinogen became widely popular in the 1960s and 1970s, and it continues to be used recreationally by many people today. Only a very small amount of LSD is required to feel the effects, so it can take many forms. These include tablets, capsules, clear liquids, and small squares of paper that the liquid form has been added to. The drug is swallowed or absorbed through the mouth using the paper squares. Common street names for LSD include:

Psilocybin is a hallucinogen substance found in different varieties of mushrooms. These mushrooms grow naturally, but can also be ‘farmed’. Usually, psilocybin is taken by ingesting the mushrooms that it is found in. These mushrooms can be fresh or, more commonly, dried. Users eat them as they are, grind them up and add them to other foods such as chocolate, or brew them into a tea. Common street names for psilocybin are:

You may be familiar with the ‘opioid epidemic’ that is sweeping across the nation. People everywhere are becoming addicted to prescription drugs called opioids, which are usually prescribed to cause pain. When abused, they can cause euphoric effects. Unfortunately, abuse of opioids can lead to an addiction very quickly and end up in overdose or serious health effects. Below is a list of some of the most common prescription opioids as well as their street names.

Club drugs are a group of substances that are commonly abused during parties and at nightclubs, bars, and concerts. The people who use club drugs are usually teenagers and young adults. Club drugs include two drugs already listed in this article: Methamphetamine and LSD. Below are some other common club drugs and their street names.

Ketamine is a dissociative drug that is used by veterinarians as an anesthetic. Users of this drug feel detached from reality. This drug is very dangerous as it causes confusion, raised blood pressure, slowed breathing, memory loss, and unconsciousness. It is also sometimes used as a ‘date rape’ drug, making its presence as a club drug very worrying. Ketamine can be injected snorted, smoked with tobacco or marijuana, or swallowed. Common street names for ketamine are:

MDMA is a synthetic drug that is very commonly used by young adults and teens in nightclubs and at parties and concerts. This hallucinogen is used as a club drug because it causes euphoric effects and perceived enhancements in senses such as sight and hearing. Usually, it comes in pill or capsule form. Pills are generally called ‘ecstasy’, and might have logos imprinted on them. It can also come in a loose powder or liquid form. MDMA is most commonly swallowed or snorted. Street names include:

GHB is short for gamma-hydroxybutyrate, a prescription medication that is commonly abused by people in the club scene. It is also a common date rape drug, because its effects include drowsiness, memory loss, confusion, and unconsciousness. GHB comes as a white powder or colorless liquid and it is taken by swallowing it. When used as a date rape drug, it might be unknowingly added to someone’s alcoholic beverage. Street names for GHB include:

Why is it Important to Know Street Names for Drugs?

Street names for drugs are almost exclusively used by people who are either selling or using the substances illegally. Anyone with children or who suspects drug abuse in someone close to them should educate themselves on street names for drugs. The last thing a concerned family member or friend wants is to let their loved one’s drug addiction slip by unnoticed. This is especially true if someone is using street names for drugs right under your nose.

By educating yourself on these street names, you are better equipped to identify a drug use problem in someone close to you. From here, you can help your loved one make the right decision by pursuing treatment for their addiction.