Home > Substance Use In The Workplace

Substance Use In The Workplace – How To Beat Addiction 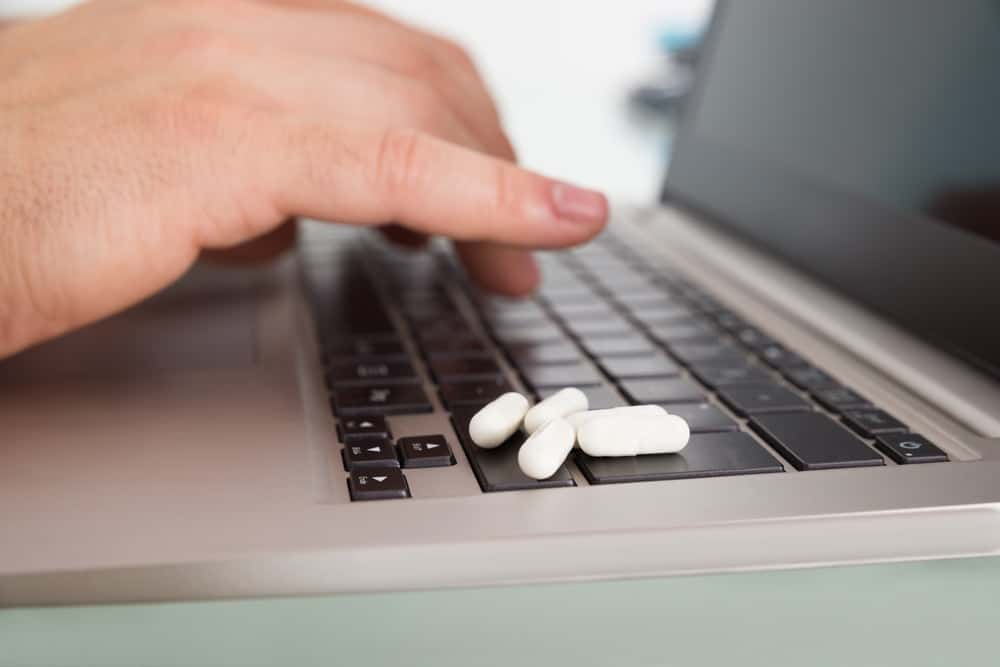 Approximately 1 in 13 working adults abuse alcohol, and drug use in the workplace is on the rise.

An analysis of 10 million urine tests indicate that 4.2% of workers test positive for drugs. The real rate may be higher as employees who do not have to take drug tests admit to using drugs at a rate of 30 to 40% more than people who work for employers with drug testing policies.

When people use drugs at work, their jobs suffer, but even when employees don’t use drugs or alcohol at work, their addictions can still impact their employers and their careers. Keep reading to learn about drug and alcohol addiction in the workplace.

How Does Addiction Affect Employees and Their Employers?

When people have an alcohol or drug addiction, they tend to be less productive. They miss work more often, and they are more likely to have accidents or injuries.

Addictions hurt employees because they often fail to advance, and they lose their jobs more often. Their life-long earning potential suffers. Employers bear many of the costs of addiction as they deal with unexpected absences, reduced productivity, higher healthcare costs, and other issues.

What Drugs Are Most Commonly Abused in the Workplace?

The construction and extraction industries have the highest rates of substance use. Nearly 15.6% of these workers struggle with drug addiction. But people in all industries suffer from addictions. Here are the most common drugs.

Marijuana is the most abused drug in the workplace. About 2% of workers are dependent on marijuana.

While using marijuana, workers have trouble thinking or impaired coordination. They become more likely to get injured or make mistakes. This can cause liability issues for employers. For example, if a plumber uses marijuana and installs a gas line incorrectly, their employer may be liable. Additionally, marijuana use also increases costs for worker compensation and health insurance.

Unfortunately, there are not a lot of stats on how many employees abuse prescription drugs at work. But analysts estimate that misuse of these drugs costs businesses between $25.6 and $53.4 billion in lost productivity.

Opioids are the most abused prescription drug, and when employees abuse opioids, employers face increased healthcare costs. They pay higher insurance costs and more disability payments for these employees. People who are addicted to opioids have 8.7 times more healthcare costs than average, and employers absorb a lot of these costs.

People who are addicted to opioids spend 5 times more days in the hospital than average, and they are 4.5 times more likely to go to the ER. On average, this costs $11,000 per year.

Opioids also reduce productivity. On average, people addicted to opioids miss 18.5 extra days of work every year. They also have high turnover rates. While 75% of the general population has the same job as last year, only 58% of opioid users have the same employer. This stat includes people with heroin addiction.

These drugs have a bigger presence in certain industries and areas. People in the services industry abuse prescription pain meds at the highest rates, and rural employers face a lot of issues with these drugs.

Unfortunately, a lot of rural industries such as mining have high rates of injuries. Doctors in these areas tend to prescribe a lot of pain medication, and these drugs have a high potential for misuse.

Based on positive drug tests, 0.28% of workers use cocaine. The numbers are likely to be higher in industries that don’t mandate drug testing. This is a 7-year high and a 12% increase from 2015. It indicates a spike in cocaine addiction among workers.

In urine tests issued after accidents, the rate was double for cocaine, compared to pre-employment screening. In some industries, the rate is a lot higher. For example, 3% of commercial truck drivers admit to using cocaine.

The strongest and most dangerous drug in this category is meth, and between 2012 and 2016, positive urine tests for meth increased by 64%. After dropping and stabilizing for many years, meth addiction is now on the rise.

Workers also use hallucinogens, inhalants, and other drugs. Again, these drugs can directly impact work performance when employees use them while on the job. But even using drugs while not on the clock can impact the workplace.

Alcohol Addiction in the Workplace

Drinking costs businesses $74 billion annually. These losses are due to absences, low productivity, and early death or retirement. Sadly, small businesses bear most of the costs.

On average, employees who suffer from alcohol addiction miss 34% more days than other workers. They are also more likely to quit or be fired. In fact, people with alcohol addiction have a 16% higher turnover rate, and that costs businesses as they have to advertise jobs, screen applicants, and train new hires.

Employers face doubled healthcare costs for workers who drink heavily. Alcohol is linked to long-term health issues including heart disease, cancer, and mental health issues. Drinking also increases the risk of injuries, and people with alcohol abuse disorders go to the ER and spend more time in the hospital than average.

In particular, alcohol addition is common in the following industries:

Drug and Alcohol Treatment Resources for Employers and Employees

If you are worried about drug or alcohol addiction at work, you can contact our treatment specialist. Both employees and their families can call. Spring Hill Recovery can provide you with information and answer your questions about drug addiction.

We also have the resources for employers who want to set up drug-free programs. Contact us for more information.

If you are an employer who wants information on how to handle drug testing in the transportation industry, you can get information from the  Office of Drug and Alcohol Policy and Compliance.

Part of the US Department of Transportation, this website has resources for people in aviation, trucking, mass transit, and similar industries.

How to Address A Substance Abuse Problem

If you are worried that an employee may be using drugs, consider approaching them. Work with your human resources team to develop a protocol for reaching out to employees.

Keep in mind that the reasons for drug and alcohol addiction are complicated. Try to not sound judgmental or condescending, but at the same time, draw clear boundaries about what is allowed at work.

You cannot force someone to stop using, but you can provide them with resources. In some cases, you may need to terminate their employment. But in other situations, you may want to allow them to keep their job if they successfully complete treatment at a rehab center.

Here are some signs of drug or alcohol addiction:

Sadly, 21.6 million people need help with drug or alcohol addiction, but only 2.3 million get help every year. As an employer or a co-worker, you can encourage your colleagues to get help.

If possible, you may want to provide access to treatment through your business. This can save your business money in the long run. On average, savings outweigh the costs of these programs by 12 to 1. When workers receive help for addictions, absenteeism drops by 36%, and turnover decreases by 13%.

Do you need help with drug or alcohol addiction treatment? Is addiction interfering with your job? Are you worried about your employee or co-worker? If so, reach out for help today. Contact SpringHill Recovery for more information.