The Lowdown on LSD 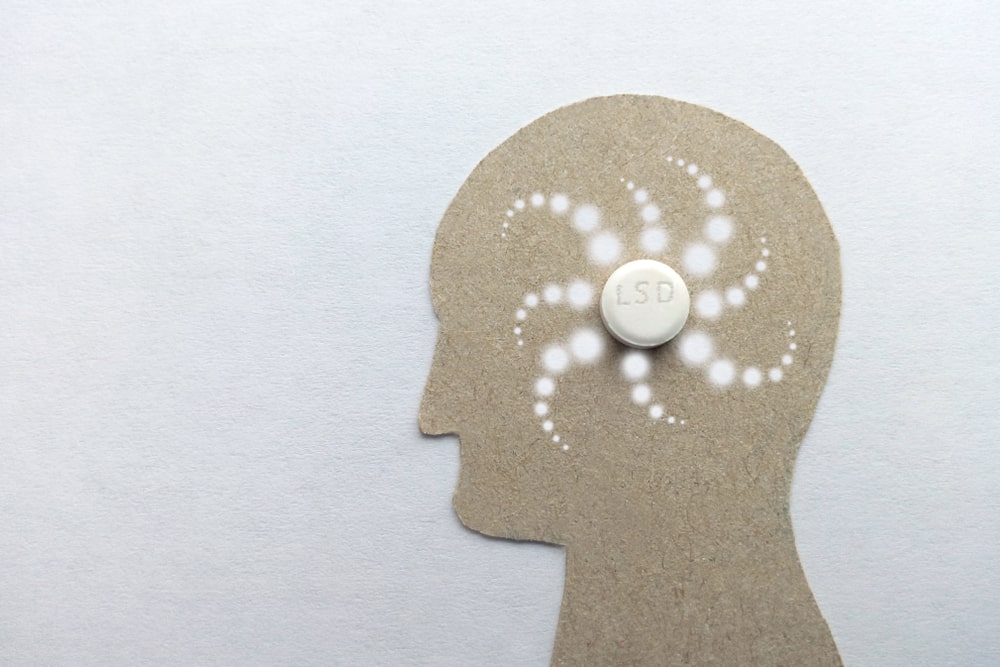 Lysergic acid diethylamide (LSD) and psilocybin, also known as magic mushrooms, are the drugs most people associate with hallucinogenic effects. The compound lysergic acid is made from a rye fungus. Created in 1938, LSD has a storied reputation.

The drug was most popular at the height of the countercultural movement in the 1960s. The Beatles’ song, “Lucy in the Sky with Diamonds”, is said to be inspired by LSD. And they weren’t the only ones who were inspired.

In the 1950s, the CIA conducted an ill-conceived experiment. In collaboration with former Nazi scientists, the agency tested LSD’s capacity for weaponization and mind control.

Clearly, LSD is a psychoactive substance that can be abused by both governments and citizens. Due to this potential for misuse, the drug is categorized as Schedule I under the Controlled Substances Act. It has not been legally available in the U.S. since 1967.

LSD’s Effects on the Brain

LSD is a hallucinogen. It causes users to see and hear things that aren’t actually present in their real, physical surroundings. This is referred to as ‘tripping’. Objects and sounds become distorted, colors seem brighter, and depth and time perception are affected.

But what brings about these surreal visuals and hallucinations? Scans of the brain under the influence of LSD reveal that the drug stimulates activity in the entire organ and not just the visual cortex. This enhanced communication within the brain adds to information processing and visual processing. Users can see things even with their eyes closed.

In addition, synthetic LSD is a lot like serotonin, the brain’s ‘feel-good’ chemical. Serotonin controls your mood, senses and how you think and act. Thus, LSD use can lead to a feeling of euphoria or heightened understanding. It can also result in rapid emotional shifts. Understandably, LSD use tends to impair judgment. This causes impulsive behavior and has led some recreational users to unintentionally injure themselves.

LSD’s Effects on the Body

A single tab of LSD takes effect within 20 to 90 minutes of consumption. Effects are at their peak two to four hours after ingestion. An acid trip can last between 6 and 15 hours and some effects can be felt up to 24 hours after ingestion. LSD molecules are trapped by serotonin receptors in the brain which is what prolongs the effects of the drug.

Physical traces of the drug remain in urine for five days and in hair follicles for about three months. LSD can affect the body in the following ways:

The length of time it takes for LSD molecules to come loose from serotonin receptors depends on:

The Different Forms of LSD

LSD is strong and a small amount can bring about noticeable effects. Unless an LSD product is tested, it’s very difficult to know how much of the drug it contains.

LSD is a water-soluble crystal and can take the shape of a white powder or a potent clear liquid. This slightly bitter, odorless liquid is diluted and dropped into gelatin squares known as window panes. Alternatively, colorful, illustrated blotter papers are dipped in the solution, dried, separated into quarter-inch tabs and sold for oral consumption.

You can find acid in the form of ‘microdot’ tablets, pills and sugar cubes. LSD can also be inhaled or injected. Some street names for LSD include:

Pleasant experiences with the drug can prompt additional use. But LSD is not highly addictive and is quite different from cocaine and opiates. Users can, however, develop a tolerance to the drug. Larger doses are required to get the same high achieved during initial use.

Tolerance lowers again after usage is stopped for a few days. There is also no cross-tolerance to amphetamines, for example. And dangerous withdrawal symptoms are unlikely.

The fact that LSD is an illegal drug means that there’s no telling how safe an LSD product is until it’s tested. Most people don’t take this precaution. Without regulations, something sold as LSD could be of poor quality and laced with fillers. Heavy use of LSD increases the odds of ingesting unknown, dangerous substances.

What is a Bad Trip?

Users can have adverse reactions to LSD. While low to moderate doses of LSD are unlikely to cause physical harm, use of the drug can cause mental harm; LSD is mind-altering after all. And the mind can conjure up unpredictable and horrible things. This is especially the case when LSD is consumed in a suboptimal environment and mood.

One of the risks of taking LSD is a bad trip where users suffer acute anxiety and paranoia. These frightening episodes have put off many from using again. ‘Flashbacks’ or memories of the bad trip can occur months after consumption.

What are the Dangers of Heavy Doses of LSD?

LSD is considered non-toxic and safe at standard doses of 50-200 micrograms. Heavy doses of LSD can lead to physical discomfort including nausea and seizures, as well as psychological distress. Some studies suggest that high doses of LSD can trigger psychotic conditions like schizophrenia in individuals susceptible to the disease. More research is required on the subject.

Overdosing on LSD can bring on longer trips, panic attacks and can lead to death. But suicides and accidental deaths due to LSD are rare. Deaths linked to LSD are often linked to other factors such as extreme physical restraints by police, or harmful drug substitutes.

From Steve Jobs to Aldous Huxley, a number of great thinkers took LSD for spiritual and intellectual reasons. The term psychedelic means mind-revealing or mind-manifesting. Use of psychedelics provides access to an altered state of consciousness and new ways of thinking.

It’s no surprise that the drug is still popular in Silicon Valley. Residents want to become more efficient problem-solvers. They want to expand their creativity to produce the next billion dollar idea.

Microdosing has also gained traction beyond Silicon Valley. These doses are one tenth of a standard dose and are taken in a structured routine. The dosage is too small to cause hallucinations. But unofficial anecdotal research suggests that microdosing is helping thousands of people with conditions like mood disorders and insomnia.

Research conducted by Imperial College London suggests that LSD could be ground-breaking for the treatment of PTSD, depression, and even addiction.  Proponents believe that revisiting trauma with LSD microdoses in a psychotherapy context could help patients suffering with mental health and substance abuse issues.

The medical potential of LSD has stoked debate around the drug. Although its restricted status inhibits the amount of new and legitimate research that can be done, a few credible studies have been undertaken. Recently, psilocybin and LSD have shown promising effects for cancer-related anxiety in terminal patients.

Be that as it may, LSD possession and consumption is still a criminal offence. And there is no official medical use for the drug. Ultimately, there is a lack of sound research on LSD’s long-term effects due to the illegality of the drug. That adds up to a whole lot of risk.

If you or someone you know are using problematic amounts of LSD, professional help is available. Therapy can tackle the underlying causes of substance abuse. Where appropriate, medication coupled with therapy can effectively treat mental health issues. This gives patients a chance at a productive, happy life.