Home > The Impact Of Legalizing Marijuana

What Are Some of the Effects of Legalizing Marijuana? 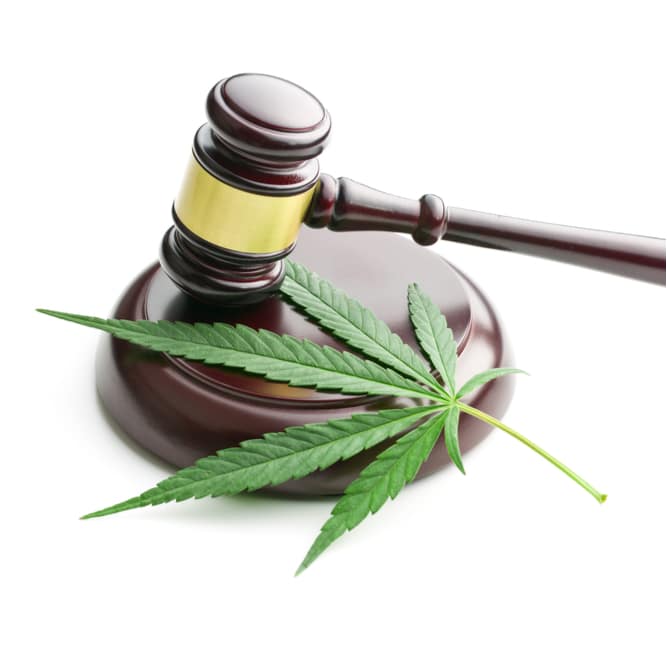 Pot, weed, cannabis, grass, Mary Jane. Whatever you call marijuana, the drug’s been making waves recently. Since 2012, 11 states have legalized recreational marijuana use by adults over 21. Currently, 33 states and the District of Columbia allow the drug for medical purposes.

But at a federal level, marijuana is still considered a Schedule I drug. That’s at the same level as heroin, ecstasy and LSD. It’s a mind-altering substance with a high potential for abuse and no currently accepted medical use. Debate centers around a possible law that would legalize the substance across the country. Convictions due to use and possession would be cancelled.

Legalizing the drug is a criminal justice issue and a health issue. And it’s very much on the public agenda in the run up to the 2020 elections.

The Medical Uses of Cannabis

Although the FDA has not approved the marijuana plant as medicine, there’s no doubt that cannabis has therapeutic benefits. The drug helps with all kinds of physical and mental illnesses. It relieves anxiety, inflammation, pain and nausea. Medical marijuana can also assist with appetite and muscle control problems, as well as seizures.

Doctors in states where the drug is legal give recommendations to patients with relevant diagnoses. Patients then become registered medical users. Close to 650,000 Americans are registered. Cannabis has helped patients with chronic pain where prescription opioids with far greater risks and fewer criminal penalties have not.

The FDA has, in fact, given the stamp of approval to two medications containing cannabis. But wider approval will only come once evidence from large-scale clinical trials proves that the advantages are greater than the dangers.

Research conducted on animals has shown promising reductions in cancer cells. Legalization is sure to greenlight more studies. Trials testing marijuana extracts with symptoms of HIV, multiple sclerosis and a host of other conditions are in progress.

States with different approaches to cannabis advertising and other factors will have interesting data to inform future policy. But as long as the drug is not federally approved, there will be limits to these studies in terms of funding and scope.

The National Academy of Medicine published a report in 2017 suggesting that a lot of the effects of pot are still unknown. Many previous studies were conducted in decades when cannabis wasn’t as potent as it is today.

The drug is believed to be effective in treating a range of medical conditions. But the lack of formal trials means there’s a lack of data to prove specifics. As a result, there are question marks related to dosage, method of consumption and so on. For example, what are the effects on the elderly? What about pregnant or breastfeeding women?

The Importance of Doses and Labels

The marijuana plant has chemicals called cannabinoids. Two of these are THC and CBD and both have medical uses. TCH is the chemical which makes people ‘high’.  Products made with CBD alone are not intoxicating.

The problem with many newer strains of marijuana is that they’re bred to be big on THC. They also don’t have a lot of CBD. This makes for stronger doses, especially in comparison to previous versions of the drug. An edible can look like harmless candy and pack a punch.

Edibles are also slow to take effect because they have to be digested first. This can cause someone to consume even more if they do not feel the desired results quickly enough.

Medical doctors in states that have legalized the drug have noticed an increase in intoxication cases. Emergency Departments in Colorado have seen three times the number of cannabis-related visits since 2014. THC intoxication is influenced by a number of factors including:

High concentrations of THC can also cause overdoses. These overdoses are not lethal. That does not mean that they can’t cause major health issues. High doses of CBD products can also have unexpected side effects.

Proper labeling is essential. This is where regulation can play a part to ensure safer and more informed use. Regulation also helps to reduce the availability of synthetically created cannabinoids like Spice, also known as fake weed. These synthetic substances are mixed with other harmful substances and can be very dangerous.

Side Effects of Heavy Cannabis Use

Heavy cannabis use has side effects that are similar to alcohol and other drugs.

Legalized Pot and Teen Use

Although critics suggest otherwise, according to the CDC, marijuana is not currently considered to be a ‘gateway drug’. The majority of users do not feel the need to move on to dangerous drugs like cocaine or opioids. And most (not all) users react to the drug in harmless, predictable ways.

But heavy marijuana use can have negative effects, particularly on the developing brains of adolescents. Numerous studies support this idea. Young adult brains change and develop up to the age of about 25. Daily use can seriously impact cognitive and mental health, including motivation.

Linda Richter is the director of policy research and analysis for the Center on Addiction at Columbia University. Citing the National Survey on Drug Use and Health, Richter points to a notable finding. States where recreational and medical marijuana are legal have higher rates of reported early-onset use. Teens in these states also regard the drug as being less harmful than teens elsewhere.

In 2016, the Monitoring the Future Survey reported the following figures. 9.4% of 8th graders, 23.9% of 10th graders and 35.6% of 12th graders had used marijuana in the past year. Amongst high school seniors, 6% said they used the drug on a daily basis.

This last figure is concerning. Further research is required but there’s some consensus that frequent, intense use of cannabis can lead to conditions like schizophrenia.

Even if mental health is unaffected, the drug increases the chances that things like fatal car accidents will take place. Usage is more common in the male population. Risk-averse teen behavior coupled with the physical effects of cannabis can have various harmful consequences.

Use that continues into adulthood can also affect a person’s ability to get a job. In addition, weed does not always lead to more mellow moods. In some cases, it leads to violent behavior.

Cannabis is a drug. It’s medical or recreational use comes with the risk of dependence. Dependence means withdrawal symptoms if consumption is stopped. But it’s not the same thing as addiction.

Addiction refers to a compulsive need to use a substance. The cannabis addict can no longer control their cravings. They also develop a tolerance for the substance. More weed is needed to achieve the same effect.

About 9% of cannabis users become addicted to the drug and develop Cannabis Use Disorder (CUD). You might think this is a low number. However, the drug is familiar and has a widespread presence in pop culture. Consequently, many people experiment with it or take it regularly. In 2018 approximately 22.2 million Americans used marijuana in one month.

In the American Journal of Medicine, a study shows a marked increase of cannabis abuse in inpatient populations since 2002. Co-occurring disorders were common with admitted patients also needing treatment for alcoholism and psychiatric issues.

The population vulnerable to addiction tends to be similar to that of other substances. Individuals with a family history of addiction are more likely to become addicts. Environments that make using easy also create addicts.

Overall, findings from credible organizations suggest that legalization has had both pros and cons. There have been fewer reports of chronic pain, but abuse of the drug has also gone up.

The Difference Between Opioid and Marijuana Addiction

About a quarter of people who use drugs like heroin become addicted. This means that opioids are much more addictive than marijuana. You can also die from an overdose of opioids, which is not the case with cannabis.

The withdrawal symptoms associated with opioids are generally much more dangerous than those of marijuana. The former can result in hallucinations and seizures, for example. The latter causes depression and mood disorders, as well as other physical issues.

Some supporters of medical marijuana suggest that instead of being a gateway drug, cannabis can be an exit drug. It could help opioid addicts stay in treatment. Again, the experts agree that more research is needed in this area.

Treatment for Marijuana Use Disorders

CUD is treatable. If you or someone you know has used cannabis daily for many years, it’s advised that you seek treatment. Attempting and failing to quit is another sign that professional help is necessary. Withdrawal symptoms include trouble sleeping, which could benefit from prescribed medication.

Marijuana use disorders tend to co-occur with mental health issues. In this instance, treating the mental health disorder with therapy can reduce drug use. There are good chances for recovery so addicts should remain hopeful about turning things around. A better quality of life is within reach.