What Are the Most Commonly Abused Drugs in the US? 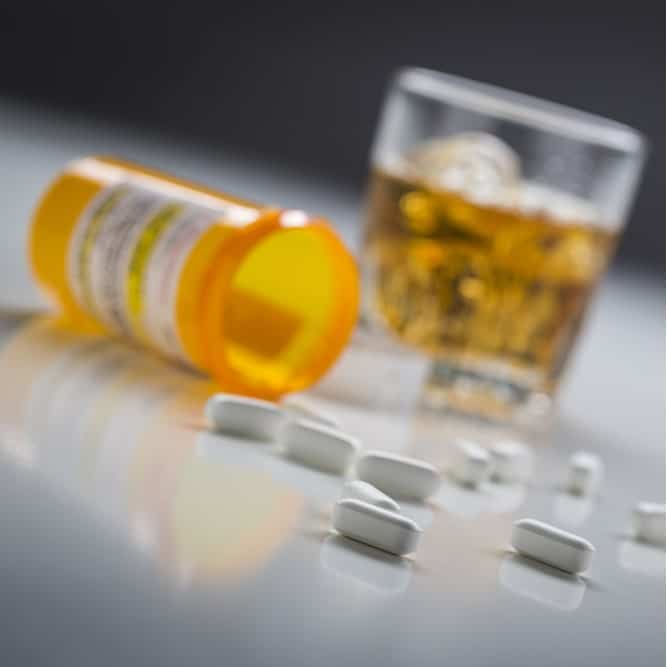 Substance abuse is an epidemic in the United States. In 2016, more than 10% of the population had used illegal drugs in the last month. That’s over 32 million people!

Some of the most widely abused drugs include alcohol and opioids, which are pain medications abused for their euphoric high. Stimulants are another common type of illicit drug—they include methamphetamine and cocaine.

Drug abuse can be seriously dangerous to your health. Many commonly-abused chemical substances can lead to long-term health effects that vary depending on the kind of drug. For instance, alcohol abuse can cause liver damage and dementia, while opioid abuse can lead to low blood sodium and seizures.

Education is an important part of fighting the drug epidemic, so we’ve compiled a list of the most abused drugs for your reference.

Read ahead for a list of commonly abused drugs in America:

Alcohol is likely the most abused drug in the U.S. because its use is socially acceptable and legal. It is widely abused by people from all backgrounds and walks of life.

The effects of alcohol include:

Along with these effects, alcohol can damage your health. In fact, alcohol causes more than 88,000 preventable deaths every year.

These deaths are caused by alcohol side effects such as:

Heroin is the biggest part of the opioid epidemic—and potentially the most used illicit drug in the United States. It is an illegal opioid drug that can be smoked, snorted, or injected.

Injecting the drug is preferred by many users because it causes an intense “rush” or high that you can’t get from other methods. However, injecting heroin is the most dangerous method with risks that include vein damage and infection.

In years past, heroin was mostly a problem in urban areas. In 2019, heroin is a problem everywhere, from cities to suburbs to rural areas.

The number of people using heroin has risen every year since 2007. In fact, almost a million American people used heroin in 2016. Of those, over 600,000 developed a heroin use disorder.

Using heroin causes effects such as:

Heroin overdose is serious and can cause death. The signs include blue or gray skin, clammy skin, inability to respond when spoken to or touched, and unconsciousness.

Talk to your care provider or pharmacist about naloxone, which can reverse an opioid overdose.

Fentanyl is an opioid pain medication that is 50 to 100 times as powerful as heroin, making it the most deadly opioid drug. Its effects are similar to heroin, but the drug is much more concentrated than its street sibling.

It comes in a few forms:

When it’s used illegally, fentanyl is usually snorted, smoked, or taken orally. It’s extremely strong, so a very small amount goes a long way. This means drug dealers and manufacturers cut other drugs with fentanyl to increase the potency.

You could accidentally overdose on fentanyl without even knowing that you’re taking it. In Ohio, the number of drugs testing positive for fentanyl rose by 196% in a single year between 2014 and 2015.

Like heroin, fentanyl can be deadly. Know the signs of a fentanyl overdose and have naloxone on hand if you or someone you know uses opioid drugs.

Methamphetamine is a prescription stimulant drug that is used to treat attention-deficit hyperactivity disorder (ADHD). It’s sold under the name Desoxyn, but known more commonly as meth.

One of the most common forms of street meth is crystal meth. This is a concentrated, highly addictive form of the drug that’s made by cooking methamphetamine with other substances.

The effects of meth and crystal meth include:

That’s not all—meth causes a host of health problems ranging from anorexia (weight loss) to seizures. Fever, high blood pressure, and high heart rate are all possibilities, too. Overdosing on meth or mixing it with other drugs can cause death.

Cocaine is a common illicit drug in the United States. It is a stimulant drug that comes in two forms: powdered coke and crack. Coke tends to be more pure, while crack is cooked and mixed with other substances to reduce the cost and increase its potency.

As a result, crack is:

The effects of cocaine are the same no matter which form you use. They include:

You are more likely to overdose on cocaine if you mix it with other drugs. That’s true whether you’re using crack or powdered coke. Overdose deaths from cocaine increased by more than double in the United States between 2000 and 2016.

Get Treatment for Drug Abuse

Abusing any kind of drug can cause permanent damage to your body and well-being, but your life’s in your control. Call our treatment specialists today to talk about how inpatient treatment can jumpstart your recovery!