Home > How Long Does Fentanyl Stay In Your System?

How Long Does Fentanyl Stay in Your System? 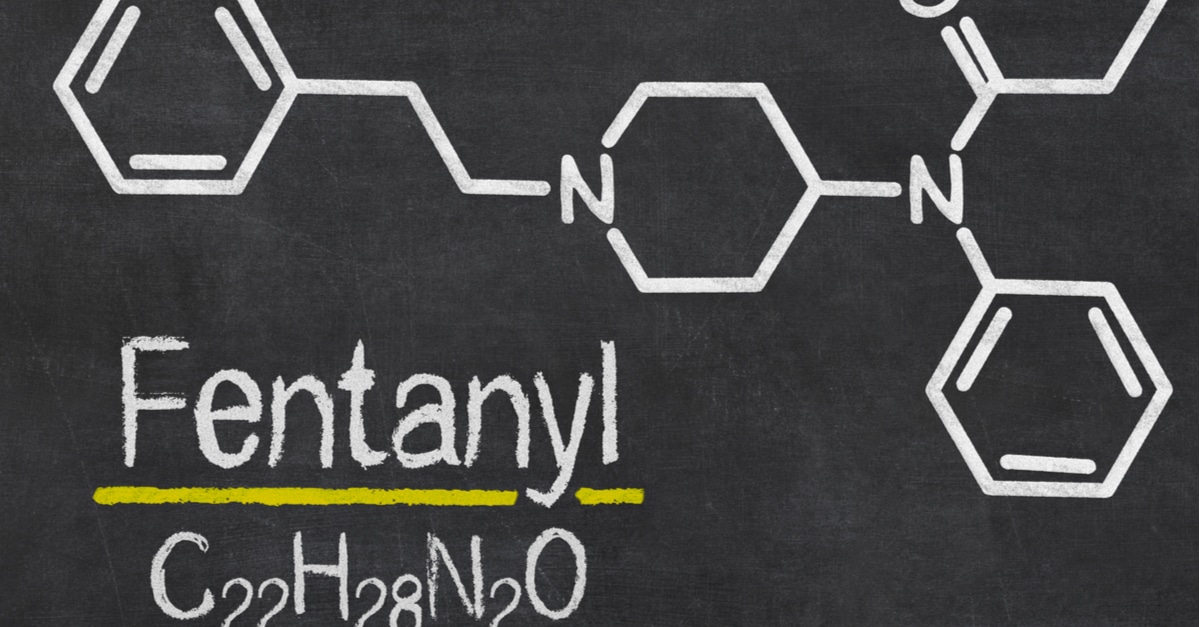 Fentanyl is a man-made opioid that was responsible for 14.3 percent of opioid deaths in 2010. It is 80 to 100 times more powerful than morphine and was originally used to treat severe pain during cancer treatment. Today it is prescribed for pain, as an anesthetic for surgery, or for people who do not respond to other pain medications.

This drug is mainly sold in prescription form as a tablet, a patch, or a lozenge, much like a cough drop. In some cases, a doctor may administer it as a shot to control the dosage. Some of the known brand names for fentanyl are Antiq, Dragesic, and Fentora. It is recommended that those who use fentanyl keep naloxone on hand, which is a medication used in case of accidental overdose.

Fentanyl creates a short, but intense high. The euphoric feelings and short duration cause users to take it often, greatly increasing the risk for addiction. Besides euphoria, this drug also creates extreme happiness and relaxation, which is why it works well for pain. On the other hand, some side effects of fentanyl use are very serious. Users should be aware that respiratory depression and seizures are side effects of fentanyl use.

Fentanyl is a synthetic opioid that works by interacting with opioid receptors found on some nerve cells. These receptors are found throughout the brain, along the spine, and even in the digestive tract. When opioids like fentanyl attach to them, the brain is flooded with a feel-good chemical called dopamine. This blocks pain messages relaxes the central nervous system and creates a feeling of euphoria. But that’s not all that happens.

Opioids trigger the brain to release other chemicals called endorphins. Endorphins fill the space between nerve cells and are naturally produced to help a person cope with stress or pain. Like dopamine, endorphins also create feelings of happiness while reducing pain. But fentanyl causes an unnatural surge of endorphins, which may create a dependency on the drug to feel good.

The powerful effects that fentanyl has on the brain makes it highly addictive. When taken illicitly or for a long period of time, the brain gets used to the changes that fentanyl brings. When stopped, withdrawal symptoms begin as the brain can no longer create the necessary chemicals to function normally. These symptoms can be extremely uncomfortable and sometimes deadly.

How Long Does Fentanyl Stay in Your System?

There are several factors that can influence how long fentanyl stays in your system. Some factors are physical traits that determine your ability to metabolize the drug, and include:

Fentanyl is a synthetic opioid, meaning there are no natural ingredients. Therefore, it does not break down into the same metabolites as opioid products made from poppy plants. When testing for the presence of fentanyl in your system, specific tests are done to look for the metabolites created by it as well as the drug itself. Each type of test may produce different results, and results will vary according to how you consumed the drug.

The time it takes to remove a drug from your body cannot be sped up. If you are concerned about fentanyl in your system or believe you may be addicted to it, the best thing to do is ask your doctor for help, even if you were taking it illicitly. Fentanyl is a powerful opioid, and simply quitting is dangerous. Doctors or addiction specialists can help you reduce the amount of fentanyl over time, leading to safer addiction recovery.

Fentanyl and Your Liver

Your liver is the organ that processes fentanyl for removal from your body. If you have a fatty liver due to excess alcohol consumption or other reasons, then it will be harder for you to do this. In fact, any health issues with the liver will inhibit the processing of the drug. Taking fentanyl with acetaminophen can increase the risk for liver problems and slow the processing time.

While it is known that the liver is the main organ to metabolize fentanyl, there are other organs that help the process. Each of these creates different internal metabolites, which are molecules created after taking a drug. Because of this, different drug tests are used to look for various metabolites from drug use.

A urine test is a painless test used to screen for the presence of certain, illegal drugs. Fentanyl does show up in urine tests, whether it is a legal or an illegal version. The amount of time it can be detected will vary for each person, depending on certain traits like age, weight, or drug history. The average time it will show up in a urine test is between 8 and 72 hours. However, different versions of fentanyl may last longer, such as norfentanyl, which can be detected for up to 96 hours.

How Long Does Fentanyl Patch Stay in Your System?

The length of time a transdermal fentanyl patch stays in your system partly depends on your weight, body fat, and liver health. However, according to medical specialists, the patch is slower acting than other forms of fentanyl since it takes longer to permeate the skin. Once in the system, it can remain there up to 72 hours after the patch is removed. This creates a risk of interactions with other drugs taken during this time.

Because of the slow activity of a fentanyl patch, the risk for complications is greatly increased with long-term use or abuse. Since the drug can stay in your system for prolonged periods, it is possible that using patches too often will allow the drug to build up in your liver or other parts of your body. This may create a bigger risk for dangerous side effects such as dependency, seizures, or overdose.

How Long Does Fentanyl Stay in Your System if You Eat it?

Fentanyl may be taken orally as a lozenge. It is meant to slowly dissolve in the mouth, so it enters the system in a controlled time. However, chewing the lozenge allows the drug to enter the system all at once. The time fentanyl will stay in your system if you eat it can range from 72 hours for a blood test up to 90 days for a hair test.

Some people abuse fentanyl patches by eating them. If the entire patch is eaten and swallowed, the drug may stay in the system longer. This is because the patch slowly dissolves, releasing the drug into the rest of your body over a longer time. Doing so may create a higher risk for overdose if more patches are eaten.

Fentanyl chewing creates extended contact with enzymes in the mouth. Doing this may free more of the drug into your system, leading to a higher risk of side effects, and it is likely the drug will remain in your system for at least 72 hours afterward. Eating fentanyl patches greatly increases the chance for accidental overdose or other health problems, as the patch may become lodged into the digestive system and remain there.

How Long Does Fentanyl Stay in Your System if You Smoke it?

Some addicts may illegally buy fentanyl in powder form or crush the tablets to smoke for a quick and intense high. A dealer may add it to crack or other drugs for smoking, usually to increase their profit. Others may tear apart a fentanyl patch and smoke the ingredients.

In all cases, the drug becomes more lethal as the dosage cannot be controlled and smoking is a quick route to the brain. In addition, fentanyl is an opioid that comes with a common side effect of respiratory depression, meaning it makes it difficult for the lungs to take in oxygen. This can lead to respiratory distress and death. Smoking fentanyl increases the likelihood of this happening.

As in other ways of consuming the drug, the half-life of fentanyl is the same. It can remain in your system after smoking it for up to 72 hours. But it may show up in a urine test for 8 to 72 hours, and up to 90 days in a hair test.

If you want to stop taking fentanyl or remove fentanyl from your system, the best way to do so is to stop taking it, under the care of a doctor. If you experience withdrawal symptoms, chances are you are dependent on the drug or addicted to it. A professional, addiction specialist can help you safely withdraw for a successful, long-term recovery.