Is Alcoholism Genetic or Learned Behavior? 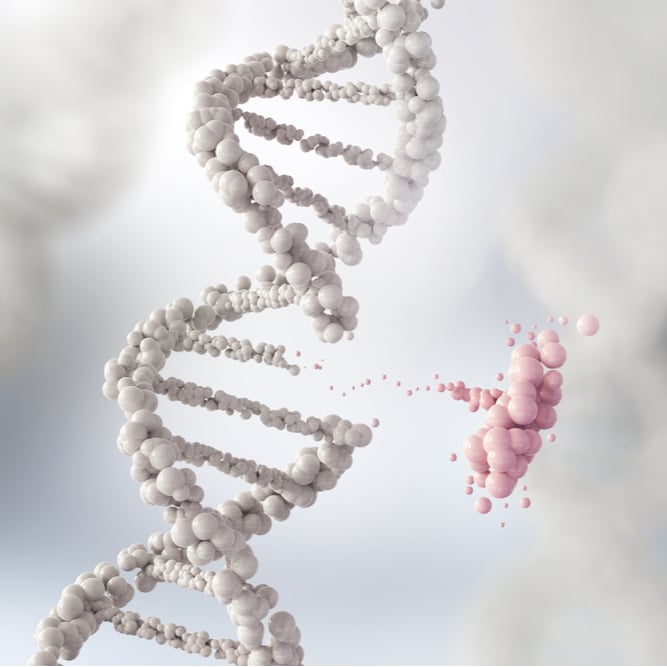 You may have heard the expression “it runs in the family” about alcoholism. It’s true that you’re more likely to be alcoholic if you have a family member who is, too.

But just because it runs in the family doesn’t mean that it’s all genetic. There are parts of your environment that affect the way you respond to alcohol. These include your family life, social norms in your community, and the amount of stress in your environment.

Alcohol abuse is too complicated to boil down to a single gene. Instead, a combination of genetics and learned behaviors affect your likelihood of abusing alcohol.

Here’s what we know about how alcoholism develops:

Genetics can increase your risk for alcoholism. This accounts for around half of your total risk. The rest of your risk is made up from other factors, such as family history and social behavior.

The genetic factors that make you more likely to develop alcohol abuse disorder include:

These genes have something in common. They affect the reward center in the brain. Depending on whether you have the gene in question or not, you may feel more or less rewarded by drinking. The more rewarded you feel, the more likely you are to abuse alcohol.

Just because you’re genetically prone to alcoholism doesn’t mean you’ll develop it. You have thousands of genes, but your body doesn’t express all of them.

Your environment early in life has an impact on how your genetics express themselves. Let’s say that you have a gene that makes you more likely to abuse alcohol.

Factors that can make you more likely to express that gene include:

On the other hand, if you grow up feeling safe in a house with stable parents, then you’re less likely to express the gene, even if you have it.

Everyone’s body makes serotonin. Serotonin is a neurotransmitter that regulates your mood. Genetic differences mean that some people’s nerve cells make the wrong amount of serotonin.

It’s not known exactly what genes affect how much serotonin you produce. But having too much or too little serotonin can put you at risk for alcohol use disorder.

Dopamine is a neurotransmitter that controls motivation and the reward center in the brain. Everyone’s body releases some dopamine when they drink alcohol. It’s a part of the reason drinking feels good.

People who have a family history of alcohol abuse release more dopamine when they think they’re about to have a drink. The extra dopamine activates the brain’s reward center more strongly than usual. This means you’re extra motivated to drink alcohol next time you have the opportunity, because you associate it with a rush of good feelings.

Alcoholism and the Amygdala

The amygdala is a part of your brain that helps process emotions. It’s linked to fear, aggression, and pleasure.

It’s not known what genes affect the size of your amygdala. But having a small amygdala is linked with a family history of alcoholism.

When your amygdala is smaller, you have a harder time feeling pleasure. You may be at higher risk for depression and mood disorders. This can lead to self-medicating with alcohol. It can also lead to drinking too much alcohol, because it’s harder to feel the euphoria from drinking.

Alcoholism as a Learned Behavior

Alcoholism isn’t a learned behavior on its own. But behaviors you learn in response to your environment can affect your risk.

If you grow up around parents who abuse alcohol, then you are four times more likely to develop alcoholism later in life. And once you’re an adult, the social situations that you choose can have an effect on your risk. Stress is another risk factor, because many people start abusing alcohol to deal with stress.

Being aware of your risk factors and risky behaviors can help put you in control. If you know that alcoholism was a problem for your father or mother, then you can reduce your risk by avoiding and abstaining. If you notice that you always reach for a drink when you’re feeling anxious about work, then you can take steps to change that behavior.

Growing up with an alcoholic parent puts you at greater risk for alcohol use disorder. And it’s not just because of genetics. Living with an alcoholic has psychological effects. That’s even more true if your caregiver abused alcohol during your childhood years, when you’re still developing.

The effects of growing up with an alcoholic parent include:

All of these negative side effects affect your brain while it’s growing and changing. They can cause permanent effects to your mental health and well-being.

Children who grow up stressed by an adult’s alcohol use are more likely to use unhealthy coping strategies later on. Alcohol can become one of these coping strategies, especially if you were around alcohol often as a child.

Alcohol is socially acceptable in many places and situations. It’s even sold in grocery stores and convenience stores.

Your workplace might have a happy hour at the bar every Friday night. Dinner out is almost always accompanied by a glass of wine. Most cities have a Paint & Sip, where you can learn to paint while drinking wine. And if you’re in a fraternity or a sorority, then there are drinking events almost every night.

Seeing alcohol in so many situations every day makes it easy to decide to drink. If everyone at your work’s happy hour is doing shots, then you might feel like you need to do shots, too. It’s easy for a social drinker to find themselves binge drinking.

Just because alcohol is socially acceptable doesn’t make it less dangerous. Alcohol is just as addictive as street drugs. It can be just as damaging, as it kills 88,000 people every year.

When you drink too much, your body becomes used to having a high level of cortisol from drinking. It keeps producing more cortisol even when you’re not drunk. This makes you feel stress, which gives you the urge to drink to deal with that stress.

The better you are at handling stress, the less your risk of developing alcohol abuse. Therapy is one way to learn how to manage stress.

Some people naturally have a harder time dealing with stress. They might be more prone to developing alcoholism. These include:

For these people, it’s even more important to be able to recognize and deal with stress. If you need help breaking the stress-alcohol cycle, a treatment center for alcohol abuse can help. And if alcohol isn’t yet a problem, then seeing a therapist can help reduce your risk.

Get Help for Alcohol Abuse Disorder

There are plenty of risk factors for alcohol abuse disorder. Some of them are genetic and some of them are learned as part of your environment. If you know that you’re at risk, then you can take steps to reduce your risk in other ways. This can include finding social support, going to therapy, or talking with a support group.

If you already have an alcohol abuse problem, then it’s not too late to get help. An addiction treatment center can help you detox from alcohol in a safe, comfortable setting. Your treatment plan may include therapy and medication. Alcohol addiction can cause permanent damage and even be fatal. Call a treatment center today to take the first step toward recovery.