What Is Liquid Heroin?

“Liquid heroin,” or lean, is an opioid drug made from cough syrup and soda. Liquid heroin can also refer to black tar heroin mixed with water. Both are highly addictive and have many risks. 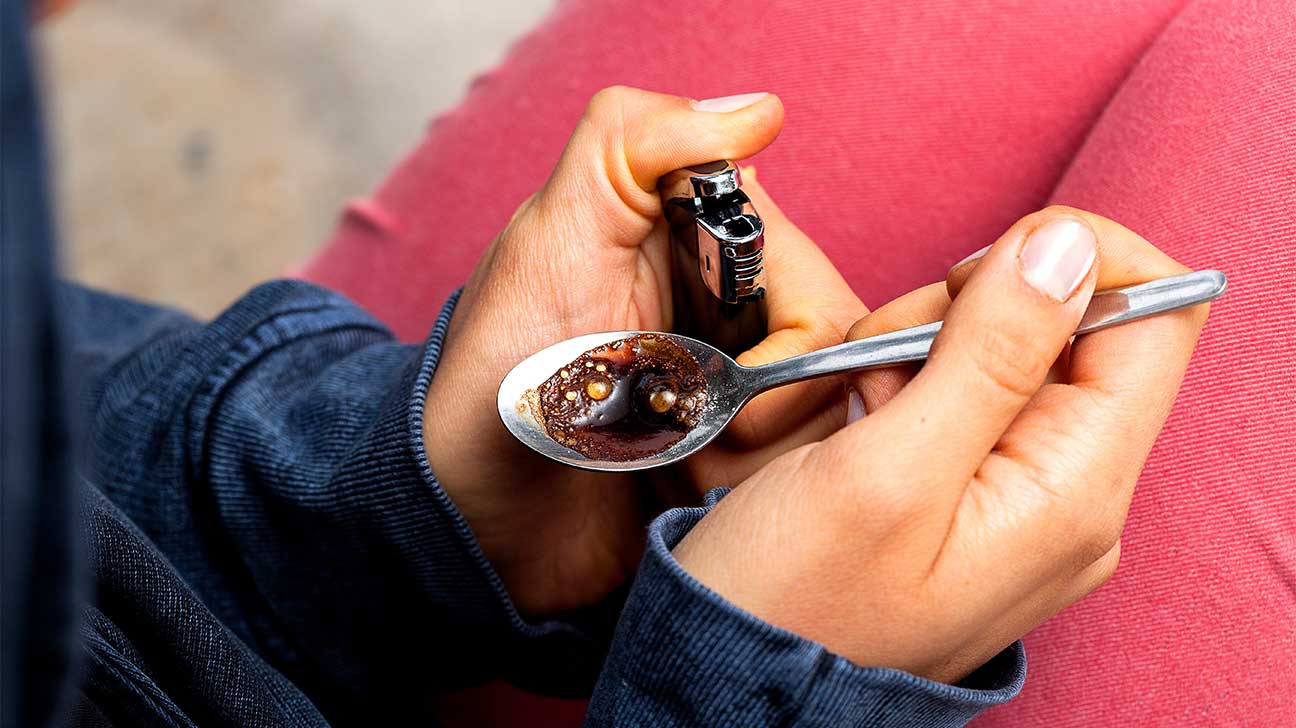 “Liquid heroin” can refer to two things: heroin mixed with water, or “lean,” a drug made from cough syrup.

While these drugs are not the same, both concoctions come with similar risks of abuse, addiction, negative effects on the body, and more.

Read on to learn more about the types of liquid heroin and what to expect from each type.

Although black tar heroin and lean are both called “liquid heroin,” only one of these forms usually contains heroin. Lean generally contains no heroin at all.

When many people think of heroin, they picture a white, brownish, or off-white powder. Black tar heroin comes in a different form. Like other forms, it can lead to heroin addiction.

Black tar heroin is a form of heroin that contains impurities. This illegal drug is sticky and looks like a piece of roofing tar.

It’s usually black or dark gray, though it can sometimes be orange.

People often mix black tar heroin with water, which is when someone might call it “liquid heroin.”

Lean may also be referred to as:

Lean comes from cough syrup that contains codeine (an opioid of abuse) and promethazine (an antihistamine).

The cough syrup is typically mixed with soda and hard candy for sweetness.

The National Institute on Drug Abuse (NIDA) reports that lean gained prominence in the mid ’90s. Since then, it has gained popularity in many urban areas, including New York.

The appearance of liquid heroin depends on whether it is black tar heroin or lean.

What Color Is Liquid Heroin?

Black tar heroin may be dark gray, light gray, brown, or orange.
Lean can have different appearances, depending on the type of soda and the color of the cough syrup.

For instance, lean is often made with clear soda. When mixed with red cough syrup, the mixture may turn pink.

Liquid heroin may also be identified through paraphernalia. Black tar heroin may be used with syringes, needles, and eye droppers.

How Is Liquid Heroin Used?

Lean is served in a cup, and people drink it like they would drink a soda. Though snorting or smoking heroin is common, liquid black tar heroin is usually injected into the veins.

Some use a process called “water looping” with black tar heroin. With this process, a person uses an eye dropper to place the mixture directly into the nostrils.

However, since this process has low bioavailability and a weaker effect, most people choose other methods.

The Dangers Of Liquid Heroin Use

The side effects of heroin and lean share some similarities. Some people develop mental health problems such as depression, anxiety, or another mental illness as the result of using liquid heroin.

Both types of liquid heroin are central nervous system depressants that can slow heart rate and lung function to dangerous levels.

In the event of an overdose, a person may experience extreme drowsiness, coma, or in some circumstances, death.

If you suspect an overdose from liquid heroin or any other drug, seek emergency healthcare right away. If you have naloxone, administer it as soon as possible.

Risks Of Black Tar Heroin Use

Black tar heroin may cause mild effects, such dry mouth, or more serious issues, such as respiratory repression.

Some of these more serious risks include:

Liquid heroin is highly addictive. Opioid addiction is a complex substance use disorder, but it can be treated.

Contact us today if you or someone you love may have an addiction to opioids.