Mental Side Effects Of Heroin

At first, heroin use creates pleasure and dulls pain. However, it also has a number of harmful mental side effects, including restlessness, cravings, irritability, depression, and anxiety. 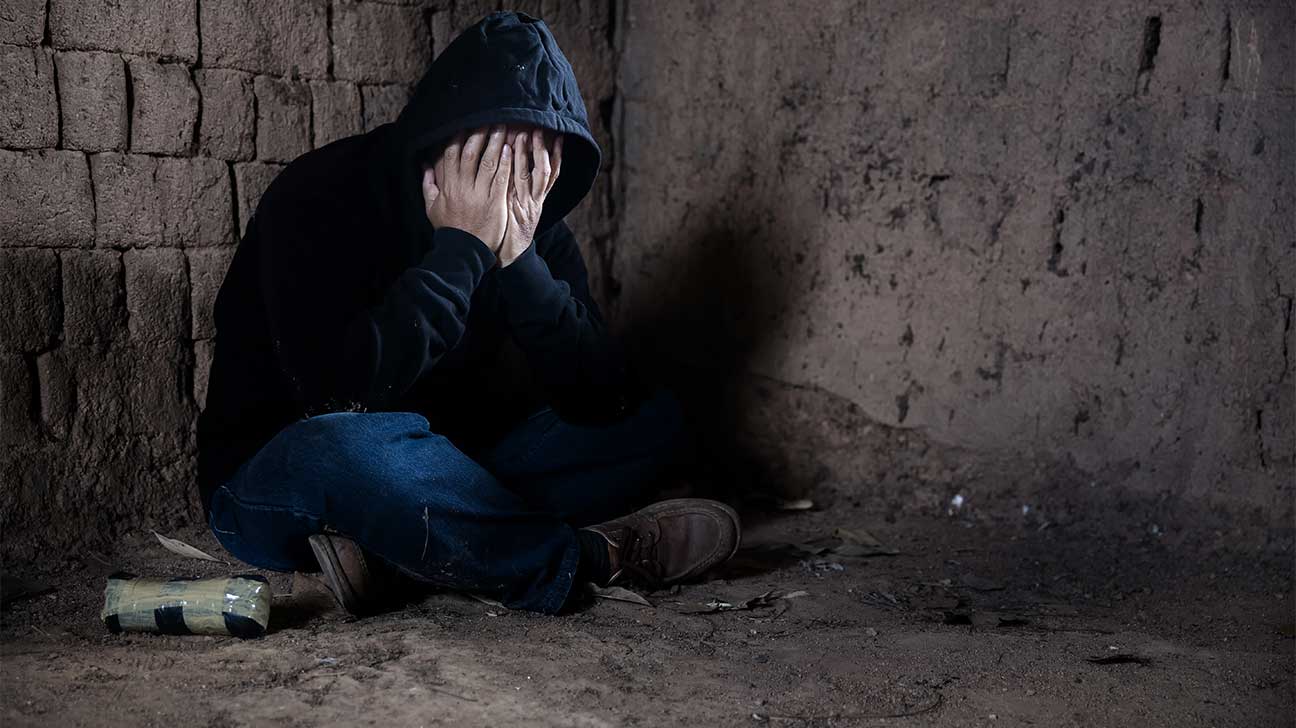 As an addictive opioid drug, heroin causes many physical and mental side effects.
The side effects of heroin include both short-term and long-term effects, some of which may be fatal.

According to the National Institute On Drug Abuse, heroin creates a profound impact on people’s brains and bodies.

These mental health effects can affect people of any age; however, the most significant increase in heroin abuse has occurred in young adults between the ages of 18 and 25.

As certain parts of the brain are still in development at this time, heroin use may affect that development and create significant difficulties in the brain.

How Does Heroin Affect Someone Psychologically?

Heroin causes mental side effects because it primarily works in the brain and the central nervous system (CNS).

The brain and CNS play the biggest roles in mental health, so any disruption can affect a person’s mental well-being — heroin addiction creates such a disruption.

Heroin is a powerful drug made from morphine, which comes from the opium poppy. Much like fentanyl or oxycodone, heroin goes to work in the brain quickly.

Heroin blocks pain and creates feelings of relaxation by attaching to the brain’s opioid receptors. This process also makes the brain produce large amounts of dopamine.

Dopamine is one of the brain’s neurotransmitters (brain chemicals) that creates feelings of happiness. In large doses, dopamine causes euphoria.

Learn more about the short-term effects of heroin.

When a person uses heroin, euphoria encourages them to repeat the drug use. Eventually, though, the brain adjusts to heroin’s euphoric effects and depends on higher levels of dopamine.

When the brain’s normal supply of dopamine no longer feels like enough, an addiction to heroin can form.

Furthermore, the body also develops a tolerance to heroin. It will crave larger and larger amounts of heroin to produce the same effect, often leading to heroin overdose.

Opioid use can cause depression because of the way heroin can impact a person’s dopamine supply.

On heroin, the brain receives a rush of dopamine, causing a person to feel intense pleasure and euphoria.

As soon as the drug is removed, that supply of dopamine will suddenly diminish, and the crash can result in feelings of sadness and depression.

With a chemical dependence on heroin, a person’s brain won’t produce enough dopamine without drug use, causing long-term depression with continued use.

Some people may develop co-occurring depression and substance use disorder.

Heroin produces anxiety for similar reasons. When the brain relies on heroin’s calming effect, it loses the ability to calm down on its own.

Studies show that heroin creates a false impression of safety, calmness, and well-being in people who use it.

A person may in fact be in a dangerous situation, but heroin may make them feel safe in spite of the surrounding risks.

As a result, heroin often appeals to people who have anxiety and/or live under dangerous conditions.

However, once the high from heroin disappears, the person who uses it may experience rebound anxiety, or anxiety that is more intense than it was originally.

Substance abuse often creates clouded thinking as being high reduces cognition.
However, heroin can also create clouded thinking in the long term. Again, this change happens because of dopamine, which aids with focus and motivation.

When the brain doesn’t produce enough dopamine without heroin, a person may struggle to start projects, stay on task, or think clearly.

Long-Term Impacts On The Brain

Heroin also produces long-term physical changes in the brain. For example, heroin reduces the volume of both gray matter and white matter.

Gray matter handles several processes in the brain, while white matter facilitates communication between those processes.

As a result of these changes, people who abuse heroin may experience difficulty with thinking, learning, and making decisions.

Learn more about the long-term effects of heroin.

The Mental Effects Of Heroin Withdrawal

You or your loved one may experience several mental changes when withdrawing from heroin. These symptoms may intensify with greater use or a higher frequency of use.

Some of these mental effects may include:

How Else Can The Use Of Heroin Affect Mental Health?

Heroin addiction can also affect mental health in indirect ways. For example, addiction can lead to separation from friends, family members, and other forms of support.

This can often lead to feelings of shame and guilt, as addiction touches every aspect of mental well-being and relationships.

Issues such as financial problems, the loss of employment, run-ins with the law, health concerns, and more can create high levels of stress, which feed into the addiction further.

When heroin addiction and chronic stress combine, that combination can become extremely serious or even fatal.

How Are The Mental Side Effects Of Heroin Treated?

For instance, a behavioral health center may offer methadone, buprenorphine, or another medically-assisted treatment.

Doctors in a treatment center will gradually reduce doses over time, which can ease withdrawal symptoms.

Because physical heroin withdrawal symptoms cause stress, this treatment option can reduce that stress and ease the mental health symptoms that come with it.

Because heroin addiction creates so many side effects, it’s a very difficult disorder to live with.

However, treatment options are available. If you or a loved one may have a drug addiction, the right treatment program can make a difference.

Spring Hill Recovery Center has several treatment options for heroin dependence and other substance use disorders. Get in touch with us today to learn more.