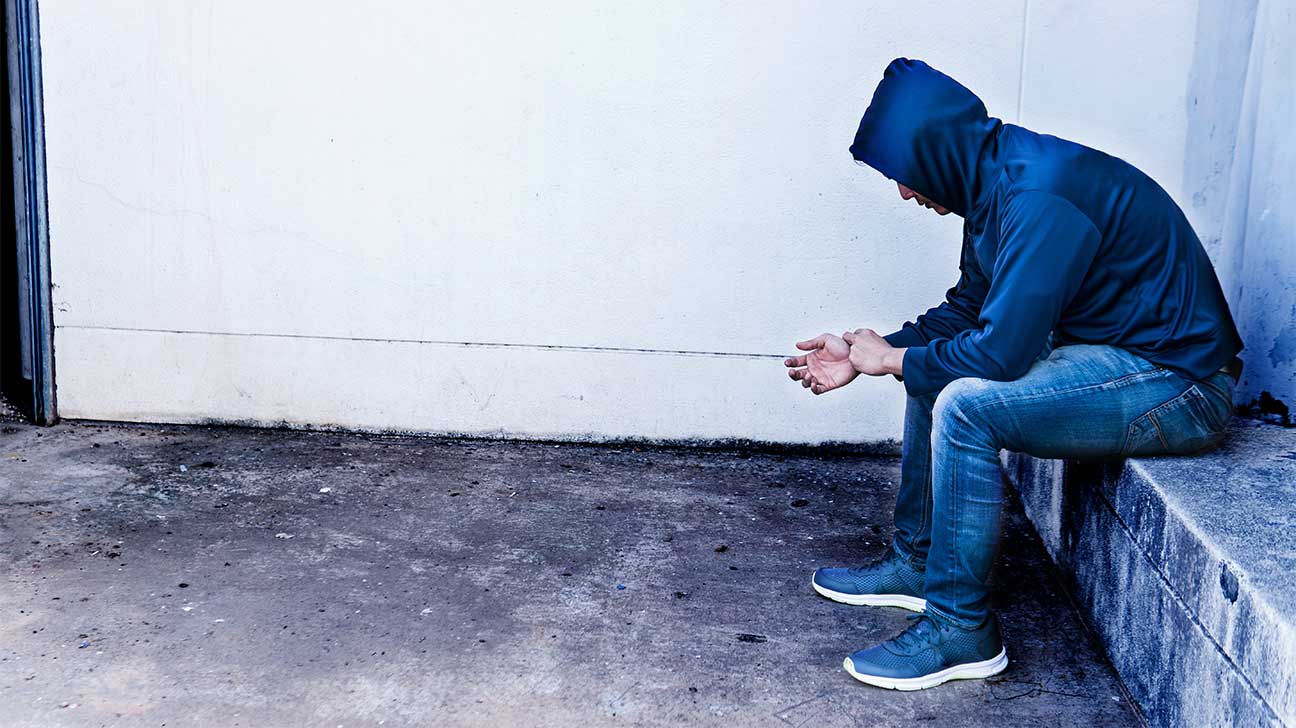 Heroin is an addictive opiate that creates a sedating rush of euphoria and relaxation.

The signs of heroin use can be recognized through its many side effects. One of these side effects is opioid withdrawal syndrome.

Withdrawal symptoms start anywhere from two to 48 hours after the last dose of heroin and can include vomiting, insomnia, and muscle cramps.

Symptoms can last four days to several months, depending on the severity of the heroin addiction.

Read on to learn about these withdrawal symptoms, how long they’ll last, and heroin addiction treatment options including behavioral therapy, detox, and pharmacology (use of medications).

Opiate withdrawal has many uncomfortable physical and mental symptoms that develop as the body learns to function without heroin.

Many of the physical symptoms of heroin withdrawal mimic flu-like effects.

These physical symptoms can include:

Mental symptoms of heroin withdrawal can include:

Find more information on the symptoms of heroin withdrawal.

Heroin leaves the body quicker than other opioids, such as methadone.

Withdrawal symptoms felt after 10 days (and up to two months) are known as post-acute withdrawal syndrome.

Symptoms of post-acute withdrawal syndrome can include:

In this case, medication-assisted treatment (MAT) is often recommended for long-term withdrawal management.

There are many factors that determine how long and strong withdrawal symptoms are felt.

Some people who quit heroin decide to go “cold turkey,” meaning they detox from home without medical assistance.

However, this is never suggested, as a person can experience extremely painful, uncomfortable, or even life-threatening complications from opioid withdrawal.

Below are some of the most common heroin treatment practices.

Medications are used to reduce cravings and help the body handle uncomfortable symptoms of withdrawal. You may get these medications from an MAT or detox program.

A medication-assisted treatment program is a long-term program (often a year or longer) involving a combination of medications and behavioral therapies for a whole-person approach.

A detox program provides short-term pain relief and safe detox in a medical setting, typically lasting about five to 10 days.

Many of these medications are opioids. However, instead of creating a sense of euphoria, they may bind to or block opioid receptors in the brain.

There are three different types of medications used to treat opioid withdrawal:

The type of medication used will be determined by specific needs and history.

Methadone is an agonist and one of the most well-known medications used for withdrawal treatment.

It’s taken orally so that it reaches the brain slower. This produces a lesser high compared to injecting opioids.

Buprenorphine (brand name Suboxone) is a partial agonist. It should be taken at least eight hours after the last dose of heroin.

This medication relieves drug cravings and helps to lower the severity of physical symptoms.

Naltrexone is an antagonist that prevents opioids from producing a high. Naltrexone has the lowest potential for abuse, as it does not create a sense of euphoria.

It’s important to understand that a relapse may occur. Opioid dependence can linger for months after you’ve stopped using a detox or MAT medication.

This is why addiction treatment programs, 12-step recovery groups, individual therapy, and other supports are vital in treating heroin withdrawal and addiction.

Relapse doesn’t mean recovery isn’t possible. Our inpatient drug rehab program in Massachusetts is ready to help you or a loved one with a substance abuse disorder.

At Spring Hill Recovery Center, there are several levels of addiction care, including detox, inpatient rehab, and outpatient services.

Reach out to one of our specialists today to learn more.