Can You Smoke Heroin?

Heroin is an illicit, semi-synthetic opioid that is often administered as a substitute for expensive prescription opioids. Smoking is a common method of ingesting heroin. 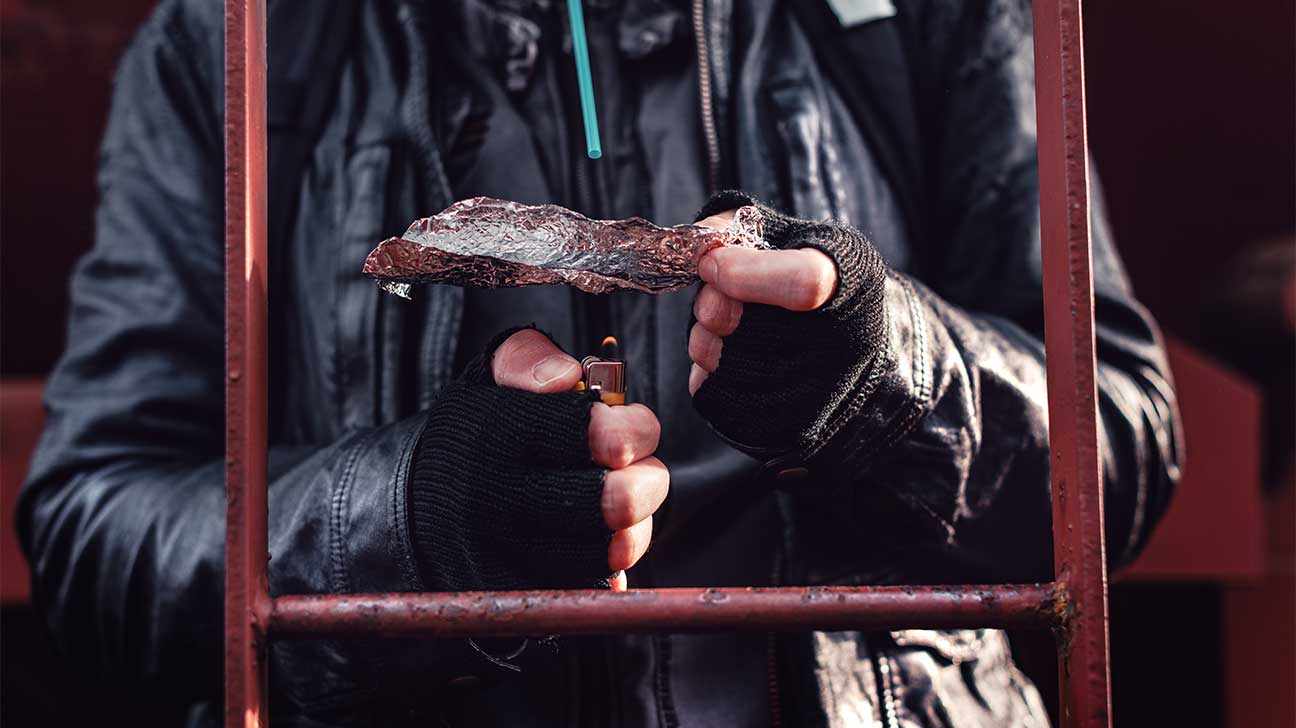 Heroin can be ingested by smoking. This is a common method of abusing heroin among people who are less experienced with heroin and are averse to using needles for injecting.

Any type of heroin or method of ingestion can quickly lead to heroin addiction and cause a variety of health complications. It also adds the risk of accidental and sometimes fatal overdose.

Smoking heroin dates back to centuries ago when people smoked opium.

Modern methods have evolved to include various tools and paraphernalia for heroin use:

The most popular method to date is foil-smoking. The tar or powder heroin is placed on foil and heated by a flame underneath. The smoke produced is inhaled through a tube or straw.

Foil-smoking heroin and inhaling the smoke through a straw is known by a heroin slang expression called “chasing the dragon.”

Heroin can be easily rolled into cigarettes. Often the powder is sprinkled in with tobacco or marijuana.

Tar heroin can be liquified or melted with heat and acid, then spread onto a cigarette.

Why Smoking Heroin Is Preferred To Other Methods

Smoking heroin has recently increased in popularity compared to injecting heroin, perhaps due to the fear of infected needles and the risk of getting infected with HIV or hepatitis B or C.

According to anecdotal reports and research findings on the pharmacological effects of injecting versus smoking heroin, the results are comparably similar.

Younger, less-experienced people may also be under the false impression that smoking or snorting heroin is less addictive and not as dangerous.

They may also believe that there is less of a stigma attached to smoking than there is with injecting heroin, and therefore it is more socially acceptable and mainstream.

The effects produced by smoking heroin are similar to other methods. Physical dependence and tolerance from repeated use over time increase the need for higher doses for the same effects.

Common side effects of heroin when smoked include:

Research studies indicate that there may be a correlation between the prevalence of purer or fentanyl-laced heroin (and subsequent increase in fatal overdoses) and higher rate of smoking.

Smoking heroin is generally associated with fewer risks than injecting it, because needles are not involved and the absorption rate of heroin when it’s injected is much faster.

Contrary to some misconceptions and beliefs, the inhalation method is equally as harmful, dangerous, and addictive as injecting it. Smoking heroin is just as likely to cause an overdose.

Lungs sustain tremendous damage as a direct result of smoking heroin. People with asthma are especially susceptible to lung tissue damage and bronchospasms.

Foil smoking is also known to cause cerebral damage, specifically leukoencephalopathy, which is degeneration of the brain’s white matter. This brain tissue supports cognitive and motor skills.

Whether it’s by smoking, snorting, or injecting, heroin abuse often leads to addiction and dire consequences. Anyone who deals with heroin addiction is at high risk of a fatal overdose.

If you or someone you love is addicted to heroin and needs treatment, don’t hesitate to start exploring options for getting them the help they need.

There are many types of addiction recovery programs available that provide a variety of therapeutic services, clinical support, and customizable treatment plans.

Call Spring Hill Recovery Center today to learn more about recovery and how heroin addiction can be conquered once and for all. There’s a treatment option for everyone.