Injection is a common method of heroin use. If you suspect that a loved one is using needles and syringes for heroin, you can look for signs that set heroin needles apart from other needles. 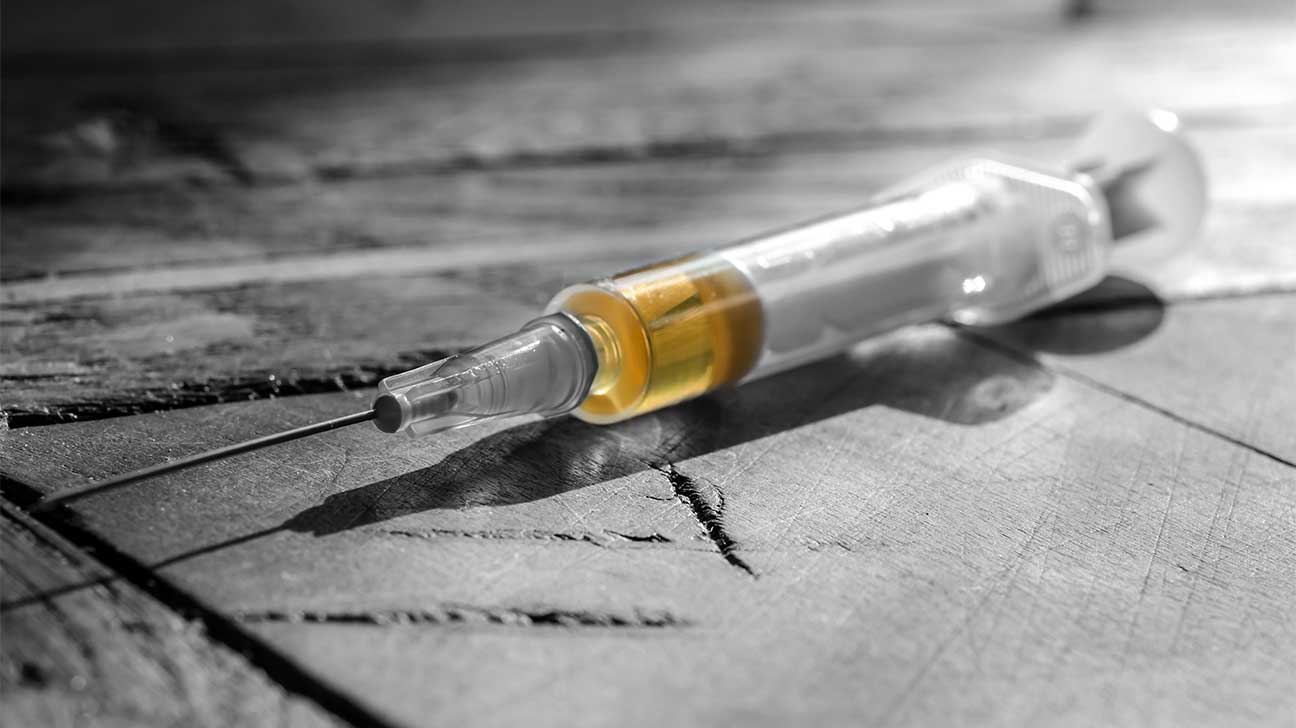 Heroin is a highly addictive drug with effects that are similar to prescription opioids but to a much greater intensity.

The most common method of heroin use is injection. A person may inject heroin into a muscle or vein, or they may use a method called “skin-popping,” or subcutaneous injection.

If your loved one has a heroin addiction, they may have needles and syringes among other types of heroin paraphernalia.

How To Identify A Heroin Syringe

Because syringes and needles have legitimate medical uses, they do not always indicate illegal injection drug use or heroin addiction.

However, when a needle or syringe has been used for heroin injection, you may be able to recognize specific signs.

This includes being able to recognize what heroin looks like and identify other paraphernalia that can indicate drug use.

The most obvious sign of a heroin needle is the presence of heroin itself. However, this sign only becomes obvious when a person knows how to identify heroin.

Heroin appears in multiple forms. For example, heroin may often look like a brown or white powder.

But black tar heroin, a form of heroin that contains impurities, may resemble a piece of charcoal. Black tar heroin is generally black, gray, or orange in color.

The Presence Of Other Heroin Paraphernalia

Needles and syringes may indicate a drug addiction if they are accompanied by other paraphernalia.

Paraphernalia includes any object that facilitates drug use, especially in the case of illicit drugs.

For heroin use, paraphernalia can include:

Risks Of Heroin Needle Use

Most alarmingly, the act of sharing needles creates a high risk for infectious diseases.

People who share needles are at a high risk of contracting HIV, Hepatitis B, and Hepatitis C.

Intravenous drug use may also put your or your loved one at a greater chance of overdosing on heroin.

For some, it may only take 15 milligrams to overdose on heroin. Using a syringe may lead a person to use more of the drug than intended, increasing the risk of overdose.

If your loved one uses heroin, ask a doctor or pharmacist about carrying naloxone, a life-saving drug that can reverse the effects of an overdose.

People who inject heroin may reduce the above health risks through a practice called harm reduction, which reduces the negative consequences of drug abuse.

They also provide clean needles and injection equipment in exchange for contaminated needles.

Though there is some pushback on harm reduction programs, they’ve helped to reduce the risk factors for infectious diseases.

However, harm reduction is not a replacement for addiction treatment. It’s a tool meant to help save lives and prevent infection, but it cannot cure addiction.

Recover From An Addiction To Heroin Today

Substance use is a disorder that creates physical and mental health problems. However, an addiction to heroin is treatable.

If you or a loved one need help recovering from a drug or alcohol use disorder, contact our helpline today.