Heroin is abused in three ways: smoking, snorting, and injecting. This semi-synthetic opioid has potent analgesic and depressant effects that make it highly addictive and hazardous. 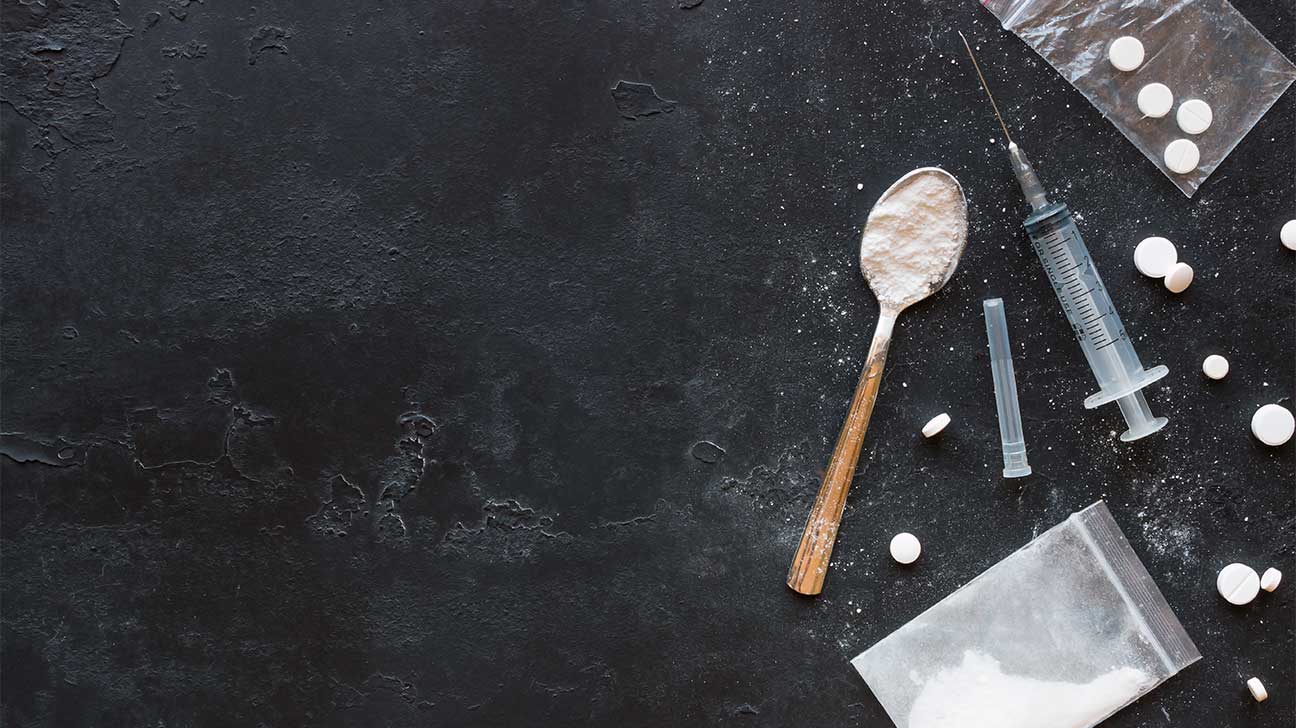 There are three common routes of administration for heroin use that pose varied risks. Heroin is most frequently ingested or administered by means of smoking, snorting, or injecting.

Smoking and snorting often lead to injecting heroin intravenously to maximize the effects. Any heroin or opioid use can lead to heroin abuse and addiction, and a potentially fatal overdose.

Injecting heroin directly into the bloodstream is known by the heroin slang term “mainlining.”

It is considered to be the most efficient and rapid method — it’s also associated with the highest risks.

Bioavailability, which is the absorption rate of heroin, is known to be the highest for intravenous injection, depending on potency and dosage. The typical dosage of street-level purity is 100mg.

How Heroin Is Injected

Intravenous injection is when heroin is injected into a vein.

Common injection paraphernalia for heroin include:

Black tar heroin is mixed with water over high heat until it dissolves into a liquid form that can be injected via a syringe. The impurities in black tar heroin can increase health risks and hazards.

The powder can simply be mixed and dissolved into room temperature water.

People who inject heroin once or regularly are at very high risk of bacterial and viral infections, as well as a potentially fatal heroin overdose.

Heroin often contains other opiates, additives, and impurities that increase the risks and dangers to health.

The health risks and long-term effects of intravenous heroin abuse include:

Learn more about how heroin is injected, or “skin popping”.

The method of smoking heroin, or “chasing the dragon”, involves inhalation of heroin vapor into the lungs, where it quickly circulates the bloodstream and binds to opioid receptors in the brain.

The most common way of smoking heroin is foil smoking. This process involves liquifying heroin with heat on aluminum foil and inhaling the vapors with a straw or glass tube.

Smoking or “chasing” heroin may be preferred because it is associated with fewer risks, particularly overdose deaths, and social stigmas than injection drug use.

However, any heroin use is damaging, and smoking the drug often eventually leads to intravenous heroin use.

The health risks of smoking heroin are similar to other methods. The risk of overdosing is common to any form of heroin use but varies depending on a person’s tolerance.

The risks that are specific to smoking heroin include:

Find more information on the risks and method of smoking heroin.

An alternative to injecting and smoking heroin is snorting or sniffing (intranasal administration) white or brown powder heroin.

How Heroin Is Snorted

The snorting method, also called insufflation, only applies to the powder varieties of heroin and does not require any paraphernalia or preparation rituals.

The simplicity of insufflation, along with decreased fear of viruses and infections, can increase the appeal. This makes it even more dangerous for people less experienced with using heroin.

Some of those who abuse heroin may believe that snorting is a way to avoid the health hazards and risks affiliated with heroin injection.

But snorting heroin poses similar risks to health, including the risk of overdose and death.

Ingesting heroin through the nose may also cause serious health issues including:

Read more about the dangers and side effects of snorting heroin.

Immediate or short-term effects that are common to all heroin use are analgesia (the inability to experience physical pain) and euphoria (an experience of intense pleasure and relaxation).

Other possible side effects may include:

The number of heroin-related opioid overdoses and overdose deaths has increased due to the prevalence of stronger synthetic opioids, namely fentanyl, being mixed into heroin.

What To Do If A Loved One Is Using Heroin

When heroin addiction continues for extended periods of time, physical dependence and tolerance increase the need for higher doses and frequency of use to achieve the same effects.

Higher doses and higher concentrations of heroin increase the risk of overdose. The drug naloxone is the only known antidote to heroin overdoses.

If your loved one is injecting, smoking, or snorting heroin, seek professional help. You might consider an inpatient drug rehab program or a medication-assisted treatment (MAT) program.

Methadone and buprenorphine are prescription opioids used during detox and MAT to medically facilitate the safe cessation of heroin use and minimize withdrawal symptoms.

FAQs About Heroin Methods Of Abuse

Find commonly asked questions about how heroin is abused below.

❓ Can You Drink Heroin?

✔️ Heroin can be liquified with certain preparation methods, but it is not normally ingested orally as a liquid.

❓ Are There Other Methods Of Injecting Heroin?

✔️ In addition to intravenous injection, heroin can also be injected subcutaneously (under the skin) and intramuscularly (into the muscle).

❓ Can Black Tar Heroin Be Snorted?

✔️ Snorting is the one method that is incompatible with tar heroin. Only white powder heroin and other powder varieties can be snorted.

Whether it is smoked, snorted, or injected, heroin in all forms and manners of administration is extremely addictive and can be life-threatening if left untreated.

Fortunately, substance use disorders such as heroin addiction can be treated with a variety and combination of approaches, including MAT and behavioral therapy.

If you or a loved one is affected by an addiction to heroin, consider reaching out to an addiction specialist who can provide information on the addiction treatment process.

At Spring Hill Recovery Center, a range of treatment programs and approaches are available to help your loved one recover from heroin addiction. Call today to explore your treatment options.