Crystal meth use became prominent in the gay community, particularly the gay male community, in the 1990s. Gay and bisexual men are particularly vulnerable to meth use due to several societal factors. 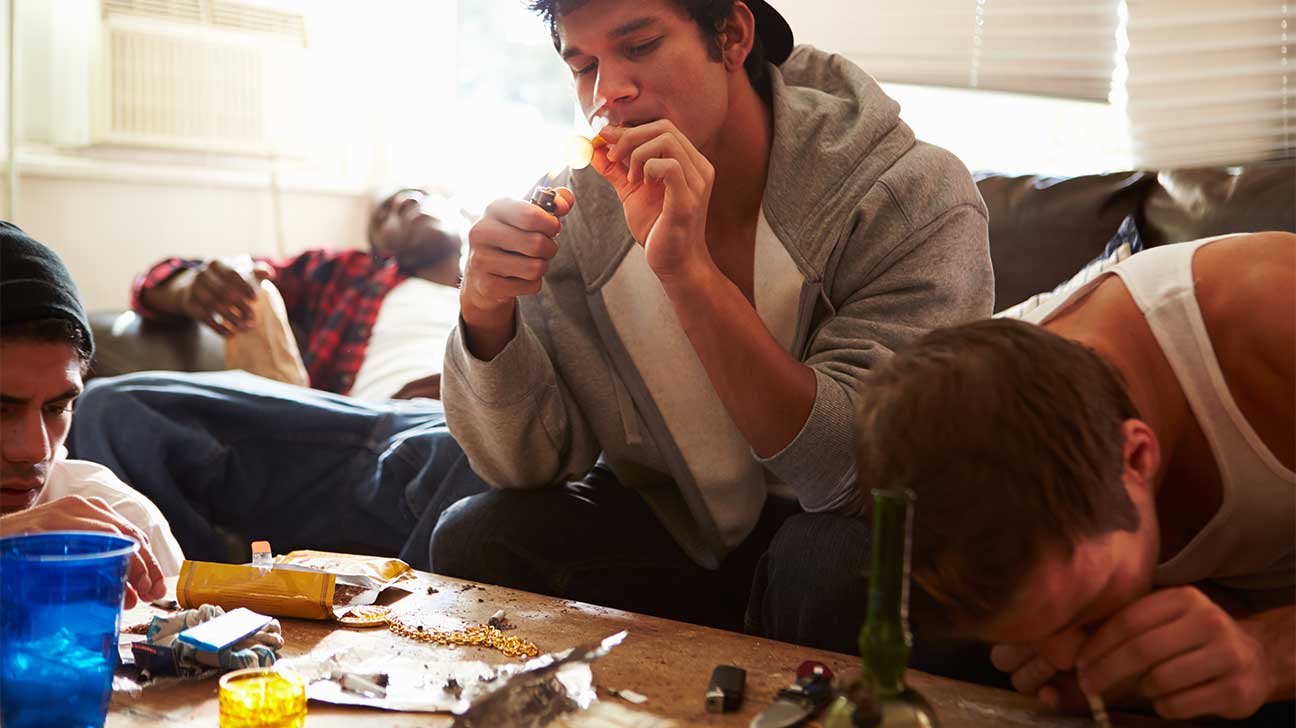 Crystal meth, or crystal methamphetamine, is a stimulant drug. Meth is highly addictive, as it increases the brain’s available dopamine, which is a powerful reward chemical.

The rush of dopamine creates intense energy and euphoria, but when the high ends, it creates a “crash,” or feelings of fatigue, lethargy, and irritability.

Meth addiction occurs in virtually every segment of the population. However, some communities are more vulnerable to meth use than others.

For example, members of the LGBTQ+ community, particularly gay and bisexual men, deal with several risk factors that heighten their risk of this kind of substance use.

Why Is Meth Use More Prevalent Among Gay And Bisexual Men?

Crystal meth became a prevalent drug among gay and bisexual men in the 1990s when the drug gained popularity in New York City.

There are several possible reasons why meth may have had such a large impact on these communities.

Metropolitan areas often have high rates of drug abuse, as these substances can spread through cities easily.

Major cities also tend to provide a refuge for people in the LGBTQ+ community when smaller towns don’t offer the same level of acceptance.

Gay and bisexual men, therefore, often find themselves in close proximity to these drugs.

Because drug exposure is a risk factor for drug addiction, the availability of crystal meth may have contributed to methamphetamine use in the gay community.

Use As A Party Drug

Sexual minorities face a higher risk of substance abuse than their cisgender and heterosexual peers, according to a report by the National Institute On Drug Abuse (NIDA).

One reason for this risk comes from the normalization of party drugs.

For many LGBTQ+ people, places such as clubs, raves, and bars are the only places where they can be themselves without retribution.

However, these places also provide easy access to drugs, especially stimulants and hallucinogens.

Crystal meth became a prominent drug in clubs that welcomed gay men. Its stimulant effects provided the energy that some men needed to participate in the party subculture.

Meth, including crystal meth, temporarily reduces inhibitions. A high from meth increases feelings of confidence while decreasing feelings of vulnerability.

This increased confidence may appeal to the LGBTQ+ community, as homophobia and other societal issues can decrease confidence and cause other mental health struggles.

For LGBTQ+ people who may be uncomfortable with parties but cannot find a supportive community elsewhere, crystal meth may provide temporary relief from their discomfort.

Meth reduces sexual inhibitions in particular, which is why some gay and bisexual men use it during “chemsex,” or sex under the influence of meth and other drugs.

Some may use meth as a way to deal with any internalized homophobia they may experience during sober sex.

Many researchers have studied eating disorders among the LGBTQ+ community, attempting to determine if these populations have a higher risk of these disorders than non-LGBTQ+ peers.

Though more research is needed, some studies show that transgender women, like gay men, have higher rates of meth abuse.

Because meth suppresses appetite, it may appeal to communities that struggle with body image.

What Are The Risks Of Crystal Meth Use In The Gay Community?

Crystal meth addiction has caused much harm to the gay community.

Some of that harm comes from the effects of meth in general. Other types of harm are more specific to the LGBTQ+ community.

Crystal meth produces many mental and physical side effects.

The side effects of crystal meth include:

Some may assume that drug use can only lead to HIV infection if the drug is injected. When meth is injected, there is an increased probability of contracting HIV from shared needles.

While smoking meth is much more common, this doesn’t mean there’s no chance for HIV to spread. Even this method of methamphetamine use can create a higher risk of contracting HIV.

People who use crystal meth often engage in risky behaviors, including risky sexual behaviors. For example, a person on meth might have unprotected sex with an HIV-positive partner.

Gay and bisexual men already face higher rates of HIV than the general population. Meth use can increase that risk even further.

Addiction is a difficult disorder, and a lack of access to affirming healthcare can make it even more complicated.

If you or a loved one are dealing with meth abuse, contact Spring Hill today to learn about your treatment program options.