How Much Does Cocaine Cost On The Street?

A gram of cocaine on the street sells anywhere from $25 to $200. Cocaine prices are affected by location, how pure the cocaine is, and, more recently, national epidemics, such as COVID-19. 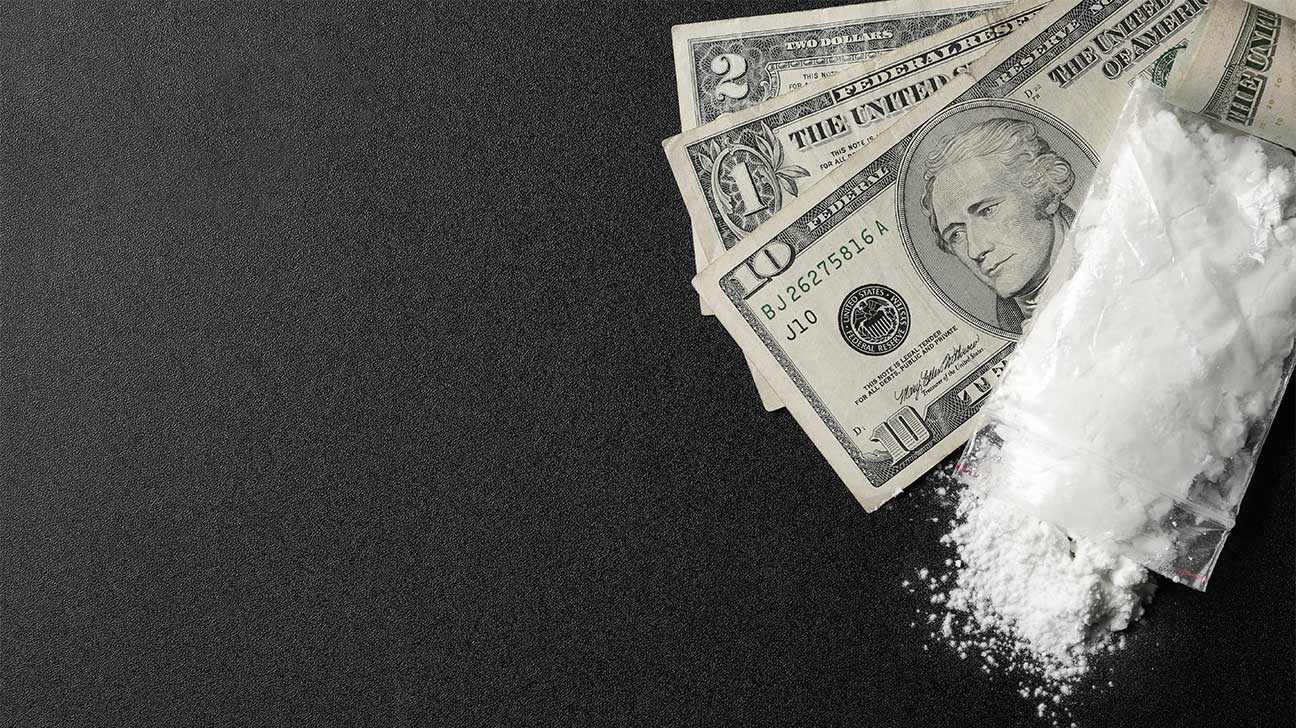 According to the United Nations Office On Drugs and Crime (UNODC), the average retail price of a gram of cocaine is $93.

Many factors affect this price, including where the drug is sold and manufactured, and how much the purity has been affected by cutting agents.

In recent years, COVID-19’s impact on drug trafficking routes has created a shortage in production, placing a higher demand on cocaine and increasing cocaine’s cost.

Despite how expensive cocaine use is, there are still many cases of cocaine addiction in the U.S.

Just like any illicit drug, cocaine prices will be different per measurement. Typically, cocaine is purchased by the gram.

The average price of a gram of powder cocaine can be anywhere from $25 to $200.

For people who don’t want a full gram but just one dose, or “bump” or “hit,” of cocaine, they can pay anywhere from $1 to $5 for a small amount. There are usually around 25 doses in a gram.

A kilogram, or “brick,” of cocaine can be bought on the street for $28,000. Bricks are typically bought by drug dealers who then cut cocaine and sell it.

Cocaine’s short-term effects wear off quickly, even faster than other street drugs, such as methamphetamines, fentanyl, and other opioids.

Because of the short-lasting effects, people who abuse cocaine must purchase it more frequently to sustain use.

Factors That Affect The Price Of Cocaine

There are a few factors that affect the street value of illegal drugs. Where cocaine was processed, sold, and its purity levels will either lower or increase street prices.

The U.S. Drug Enforcement Administration (DEA) reports that most of the cocaine imported into the U.S. comes from Colombia and Mexico.

The further away a person is from drug cartel areas, the more cocaine will cost. Because Mexico is closer, cocaine purchased from the country is cheaper.

Colombia is further away, making it harder to bypass law enforcement. This will increase its street price.

Where cocaine is sold also influences the price. In major cities, such as New York, cocaine dealing is more prevalent and dealers have to lower their prices to compete with each other.

In less densely populated areas where drug trafficking is uncommon, dealers charge higher prices for cocaine because there are fewer ways to obtain cocaine.

Cocaine cutting agents either increase or offset cocaine’s side effects. Agents can be any number of things, including illegal drugs, rare chemicals, or stimulants.

Cocaine from South America is hailed as the best type of cocaine because it’s where coca plants originate. Coca plants are what pure cocaine is made from.

Mexican cocaine is known to be cut with high levels of agents, including fentanyl and caffeine. This makes cocaine less pure and cheaper to make and sell.

Dealers cut cocaine with additives to make a brick of cocaine last longer and make more money. Purer cocaine is known as a cleaner and better high, so it costs more.

Another form of cocaine is crack cocaine. Crack cocaine, or freebase cocaine, is cocaine with baking soda and water added to it. Once heated, the result is a rock-like substance.

In the past, crack cocaine was cheaper than powdered cocaine, but more recently the costs are evening out.

However, crack cocaine is smoked, which is more addictive than the other most common form of cocaine administration, snorting.

People who use crack cocaine find themselves continuously running out of the drug, leading them to buy more than someone who is only snorting the drug.

At the height of COVID-19, major routes used for drug trafficking were disrupted. This led to a blockage of the normal flow of distribution, resulting in heightened drug prices.

With the return of open routes after COVID-19 regulations lifted, drug markets resumed back to normal operations.

As people return to social life, there may be a rise in demand for party drugs, such as cocaine and MDMA, which will likely increase costs again.

If you or a loved one need physical, medical, and emotional support in overcoming substance use, there are many drug and alcohol detox programs in Massachusetts that can help.

We at Spring Hill Recovery Center can help you find an inpatient or outpatient program for addiction treatment.

Contact our helpline today to learn about your options for recovery.